Shutting down classrooms in the pandemic’s early days pummeled kids’ education. Many parents believe there are lingering effects 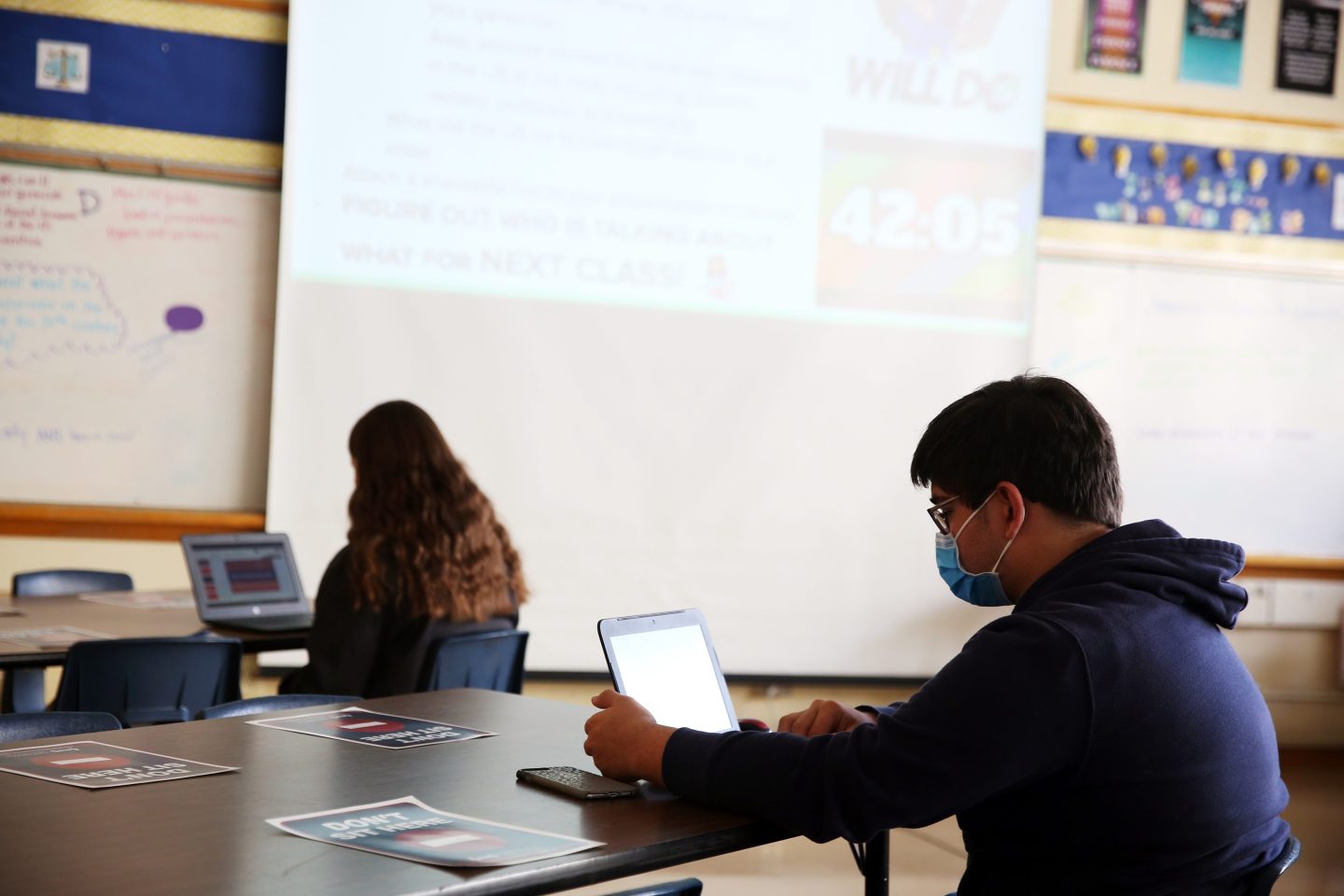 At this California school, lesson plans are designed around a hybrid of Zoom and in-class students.
Dania Maxwell—Getty Images

The first year of the COVID-19 pandemic took a toll on everyone—and the impact still lingers two years later. While children were less prone to fatal infections from the virus, widespread and prolonged school closures mean they are dealing with long-term consequences to their academic progress and emotional well-being.

Roughly six in 10 parents say the first year of the pandemic negatively affected their children’s learning, according to a new report released Wednesday from Pew Research Center. Among those parents, nearly half (44%) say those damaging effects persist, with Black parents most likely to say their kids’ learning progress hasn’t yet bounced back.

This comes as the latest National Assessment of Educational Progress (NAEP)—sometimes referred to as the nation’s report card—showed the steepest declines in 2020 math scores among fourth- and eighth-graders in nearly 50 years. Reading scores declined across the board in most states as well. Earlier reports have shown that Black and Latino students, as well as students from lower-income households, experienced far more academic erosion than their wealthier, white counterparts.

In other words, the data shows that that remote and hybrid learning was largely a bust in the first year of the COVID-19 pandemic, matching the anecdotal evidence from parents and teachers.

“It’s true that early assessments of learning loss indicated that students from lower-income households (and lower-income school districts) were harder hit,” Kim Parker, director of social trends research at Pew Research Center, said in an email. “Our survey finds that higher-income parents are more likely to say the first year of the pandemic had a negative impact both on their children’s education and emotional well-being.”

Why is that the case? “One thing we have noticed over time, is that higher-income adults (not parents, but all adults) were much more likely to be following news about the coronavirus outbreak throughout the pandemic,” Parker said. It may be that the more attention paid increased the likelihood of perceived harm.

As schools returned in-person and many of the pandemic-induced protocols have now waned, most parents feel more optimistic. Overall, even among parents who believe the beginning of the pandemic had negative effects, 74% say things are better now when it comes to the emotional well-being of their children. Over half (56%) say they’ve seen the educational side effects ease up. And Parker notes there aren’t significant differences by income when Pew asked whether those negative effects have persisted.