Is globalization dying? The 1990s-era flow of goods is truly over—but the exchange of data and IP is thriving 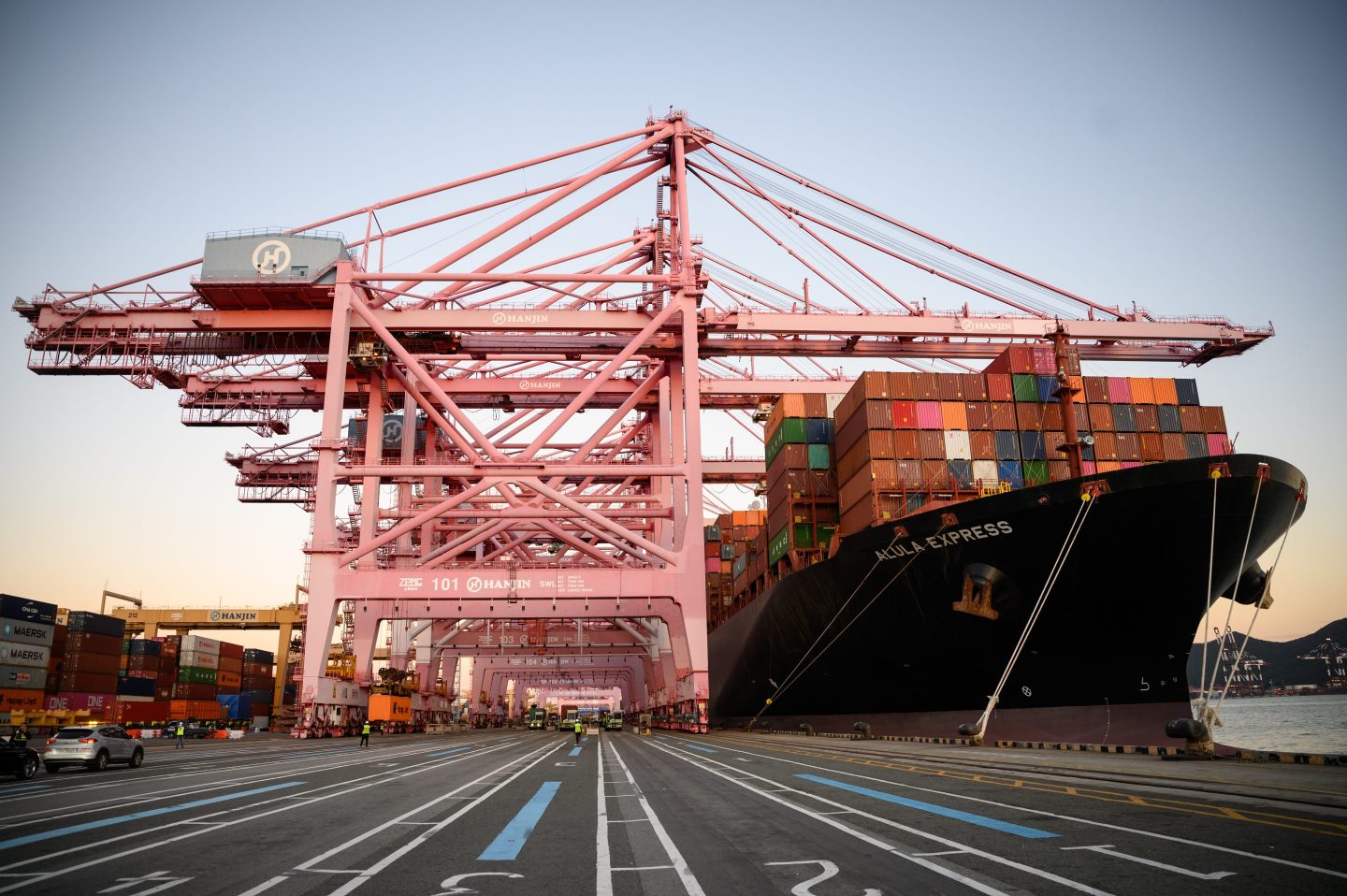 Nothing is as powerful as an idea whose time has come, and today, ideas are increasingly globalizing. That’s a key take-away from McKinsey’s latest Global Flows report on globalization, out this morning.

The past few years may have left us with the conclusion that globalization is in decline. The COVID pandemic, the Russian war in Ukraine, and the increasing strategic competition between the U.S. and China all pointed to a new era of “friend-shoring” and “near-shoring.”

But the reality is more complex: “Looking at the entire range of global flows, it is clear that the world is not defaulting to deglobalization, but rather that global connections are evolving and being reshaped,” Olivia White, director of McKinsey Global Institute, told us.

Goods flows hit a record high in 2021 despite the lingering impact of the pandemic. But their trade is plateauing as a percentage of GDP, a trend that was first observed in the mid-2000s. The 1990s-era hyper-globalization of goods therefore seems well and truly over.

The same however cannot be said of ideas: the flow of data and intellectual property continues to break records. As a result, knowledge and know-how are driving global integration, McKinsey said. Flows of services, international students, and intellectual property, for example, grew about twice as fast as goods flows in 2010–19, and that trend continues post-pandemic.

But if Asian students continue to gain knowledge from the U.S., the reverse is not true. American students this past year more often favored Italy and Spain as study abroad destinations, and a short-term summer stay was favored over a full academic year abroad.

This all adds up to a warped U.S. perspective on globalization. While America’s future workforce mostly remains within a Western bubble, and Congress mulls more Trump-era economic confrontation with China, Asian countries continue to trade goods and exchange ideas the world over.

How should American companies react? Diversifying their sourcing networks towards closer or more friendly places is one possible route. It’s one that (U.S.) multinationals also have leverage over, given that they drive two-thirds of global trade.

But the options to diversify sourcing for critical commodities such as rare earths, cobalt, and lithium are limited. Plus, changing supply chains can take many years, White warned: “In our highly interdependent global economy, it is unlikely that any region would be self-sufficient.”

Sam Bankman-Fried reportedly thinks he can still raise enough money to repay customers of his collapsed cryptocurrency exchange FTX. The Journal reports that he has so far been unsuccessful on that front. Meanwhile, contagion alert: a bunch of crypto lenders are in serious trouble courtesy of the FTX omnishambles. And Fortune got its eyes on leaked documents showing jaw-dropping growth as well as escalating costs in FTX’s brief existence. Wall Street Journal

Apple is reducing its dependency on Asian chip production. Per comments made by CEO Tim Cook at a German meeting, Apple will source chips from a plant in Arizona that is scheduled to begin production in 2024—probably a reference to a new TSMC factory—and may also buy more Europe-made chips. The news gave TSMC’s share price a nice little bump. Bloomberg

A missile hit a Polish village near the Ukrainian border yesterday afternoon, killing two farm workers. G7 and NATO leaders discussed the incident while at the G20 summit in Bali, and were reportedly shown intelligence suggesting the projectile may have come from Ukraine’s air defense system, having been deployed in an attempt to shoot down a Russian missile. Ukrainian President Volodymyr Zelensky had accused Russia of deliberately firing at NATO territory. Russia denies responsibility. Meanwhile, Russian missiles have caused blackouts across Ukraine in recent days. Financial Times

I was a lead author on the climate report that won Al Gore the Nobel Prize. Here’s what we know now that we didn’t know then, by David Schimel

If cement production were a country, it’d be the world’s 3rd largest emitter. Industrial powerhouses ABB, Shell, and Cemex are partnering with a startup to electrify the process, by Eamon Barrett

Ben & Jerry’s rebukes corporate parent, saying the sale of its ice cream in the West Bank is ‘against its values’, by Associated Press

Update: The home price correction in America’s 400 largest housing markets, as told by one interactive map, by Lance Lambert