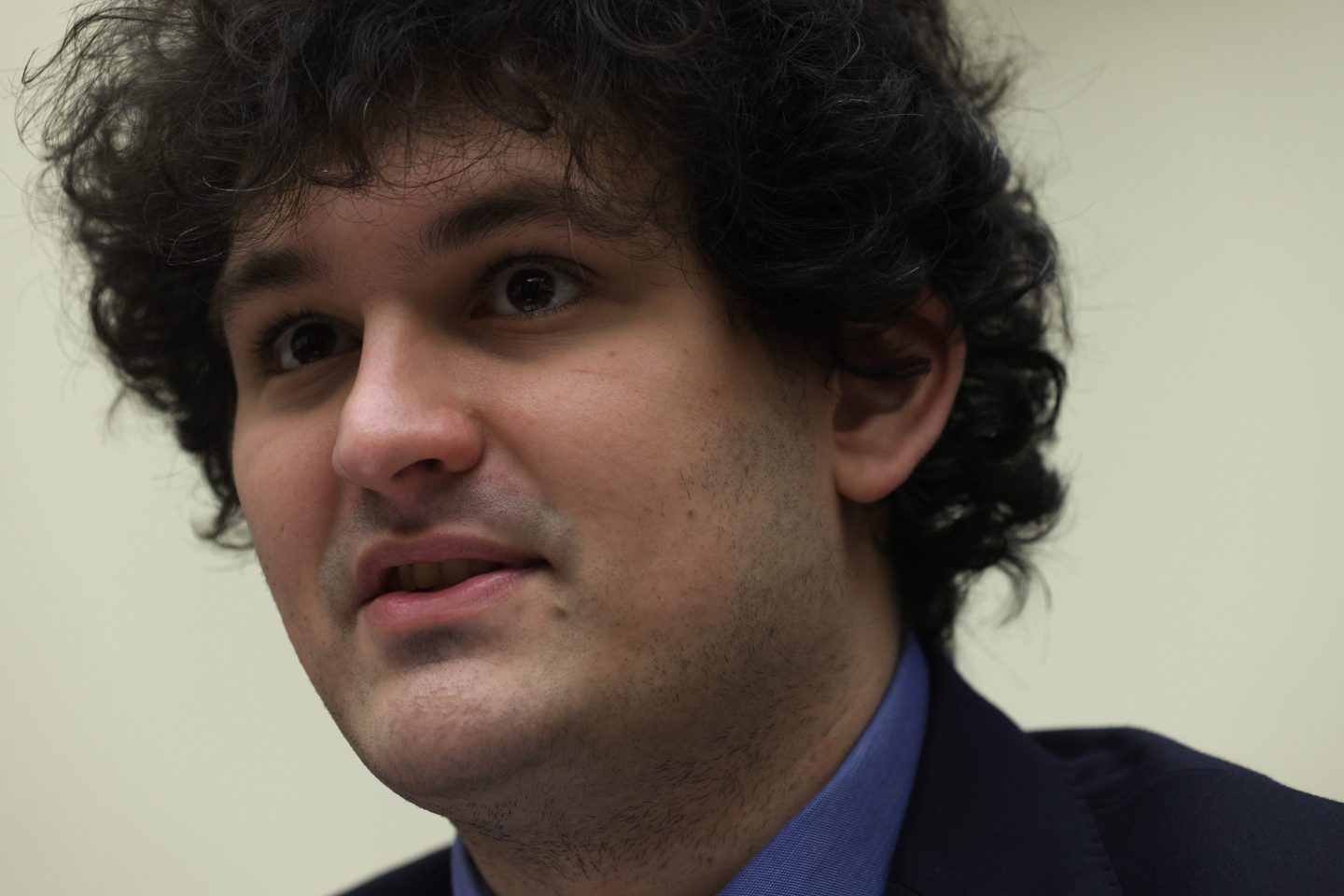 Is the story of FTX’s Sam Bankman-Fried destined for the big screen?
Alex Wong—Getty Images

Michael Lewis’s next book is about FTX founder Sam Bankman-Fried, and the bestselling author has been embedded with the disgraced crypto mogul for the past six months. That’s according to reporting from The Ankler on Sunday.

Lewis, of course, has seen several of his books turned into movies. For instance Moneyball, starring Brad Pitt, was based on the author’s 2003 Moneyball: The Art of Winning an Unfair Game.

The location of Bankman-Fried has been a matter of intense interest this weekend, after he resigned as FTX’s CEO on Friday as it declared bankruptcy. Many in the crypto world speculated that he fled on a private jet to Argentina, but he replied to a Reuters journalist on that with a simple “nope” via text message. Bloomberg reporting now suggests he’s in the Bahamas, where FTX is based.

Either way, his rapid rise and sudden fall feel like movie material, and many are wondering who will get the rights to the story.

If an author of Lewis’s stature has been embedded with Bankman-Fried, that’s big news not only in book publishing, but in Hollywood, too.

At the center of The Ankler’s reporting is an email it says it obtained from Matthew Snyder, an agent at Creative Artists Agency (CAA) in Los Angeles. Snyder reportedly sent the email to potential buyers on Friday.

According to The Ankler, the email reads:

“For the past six months or so, Michael has been traveling with and interviewing Sam Bankman-Fried. His childhood, early success at Wall Street, embrace of effective altruism and the creation of a crypto empire that catapulted him in record time into the ranks of the richest people in the world seemed more than sufficient for a signature Michael Lewis book.

“Of course, the events of the past week have provided a dramatic surprise ending of the story. It also highlighted the rivalry between Bankman-Fried and Binance head Changpeng Zhao. Michael Lewis likens them to the Luke Skywalker and Darth Vader of crypto.

“Michael hasn’t written anything yet, but the story has become too big for us to wait.

“Let me know if I’ve piqued your interest.”

It seems unlikely Bankman-Fried will be viewed as a Skywalker-type hero after the events of this week, but his rivalry with Changpeng “CZ” Zhao, founder and CEO of crypto exchange Binance, is well established.

Last weekend, a tweet from from the Binance CEO that he was dumping FTX-linked coins helped spark a wave of withdrawal requests from FTX customers. Concern about FTX’s solvency spread quickly. Binance signed a letter of intent to acquire FTX, then backed out just a day later, stating that the company’s issues “are beyond our control or ability to help.” By week’s end FTX declared bankruptcy.

“At some point I might have more to say about a particular sparring partner, so to speak,” Bankman-Fried said in a 22-tweet thread on Thursday. “But you know, glass houses. So for now, all I’ll say is: well played; you won.”