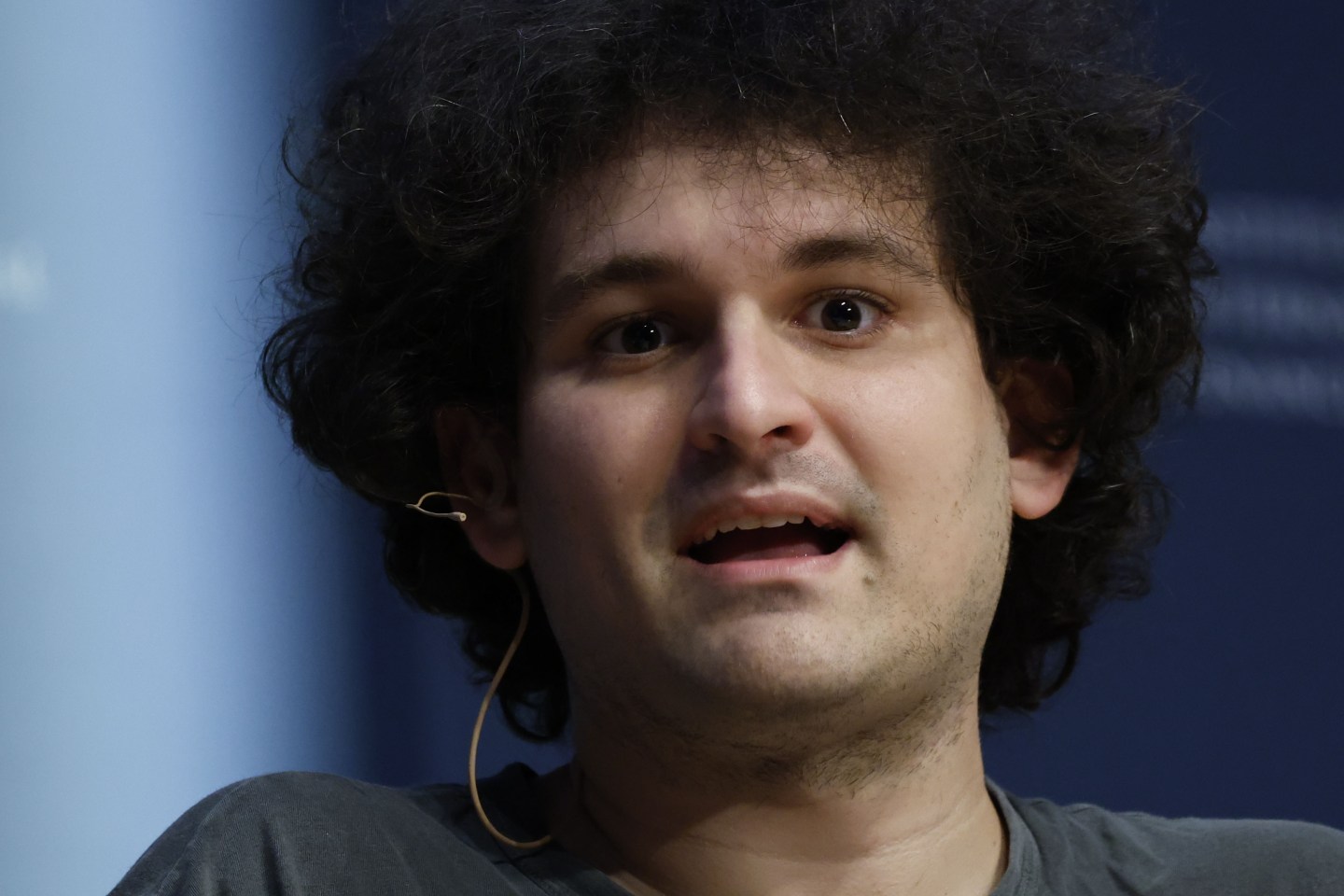 A day after Sam Bankman-Fried’s digital-asset empire filed for Chapter 11 protection, the former crypto mogul was interviewed by Bahamian police and regulators, according to a person familiar with the matter. Analysts say about $662 million in tokens mysteriously flowed out of both FTX’s international and US exchanges.

FTX had begun moving some of its assets to offline wallets, and later expedited those moves “to mitigate damage upon observing unauthorized transactions,” according to the US platform’s general counsel Ryne Miller. According to investment materials seen by the Financial Times, FTX Trading International held just $900 million in liquid assets on Thursday against $9 billion of liabilities.

Former Treasury Secretary Lawrence Summers compared the meltdown to the demise of energy company Enron Corp, while the Securities and Exchange Commission and the Commodity Futures Trading Commission are investigating whether FTX mishandled customer funds, according to people familiar with the matter.

Crypto financial-services platform Matrixport “continues to operate normally and the company has no risk of insolvency with respect to the developments at FTX and Alameda,” according to Ross Gan, head of public relations.

Matrixport had 79 clients that incurred losses via exposure to three products on its platform that were linked to FTX, Gan said.

Crypto exchange Kraken said it has frozen Kraken account access to certain funds it suspects to be associated with “fraud, negligence or misconduct” related to FTX. Kraken said in a tweet it’s in contact with law enforcement and plans to resolve each account on a case-by-case basis.

Former crypto mogul Sam Bankman-Fried was interviewed by Bahamian police and regulators on Saturday, according to a person familiar with the matter. Bankman-Fried didn’t immediately respond to a request for comment.

The inquiries from Bahamian authorities add to the mounting legal pressure that Bankman-Fried is facing since his FTX empire crumbled over the past week. In the US, he is facing scrutiny from the Securities and Exchange Commission over whether he broke securities rules.

Bankrupt crypto exchange FTX’s move to allow withdrawals in the Bahamas was questioned by the nation’s securities regulator.

The Securities Commission of the Bahamas in a statement Saturday said that it hadn’t “directed, authorized or suggested” the prioritization of local withdrawals to FTX Digital Markets Ltd.

It added that such withdrawals could be clawed back.

Jump Crypto, a cryptocurrency trading firm, told customers on Saturday it remains “well capitalized” after exposure to FTX. In a series of tweets, Jump said its exposure was “managed in accordance with our risk framework.” The company did not specify the exact nature of its exposure to Sam Bankman-Fried’s collapsed digital-asset empire. Jump’s assurance comes after FTX was hit by a mysterious outflow of about $662 million in tokens.

FTX is launching an investigation with law enforcement into unauthorized withdrawals from some of its crypto wallets, a company executive said. The company, which filed for bankruptcy this week, said it is cooperating and coordinating with “law enforcement and relevant regulators.”

FTX Trading held $900 million in liquid assets against $9 billion of liabilities the day before the bankruptcy filing, the Financial Times reported, citing investment materials and a spreadsheet the newspaper had seen. Most of the recorded assets are either illiquid venture capital investments or crypto tokens that are not widely traded. The biggest asset as of Thursday was listed as $2.2 billion worth of a cryptocurrency called Serum.

Engineers and traders working at FTX and Alameda Research in the Bahamas, where the crypto exchange is based, have left for Hong Kong and elsewhere, Semafor reported, citing people close to current and former Caribbean-based FTX employees. Bankman-Fried and most of his inner circle are still in the Bahamas, the report said.