The Supreme Court may rule in favor of one man’s 30-year crusade against affirmative action, and the unraveling of federally protected racial equality 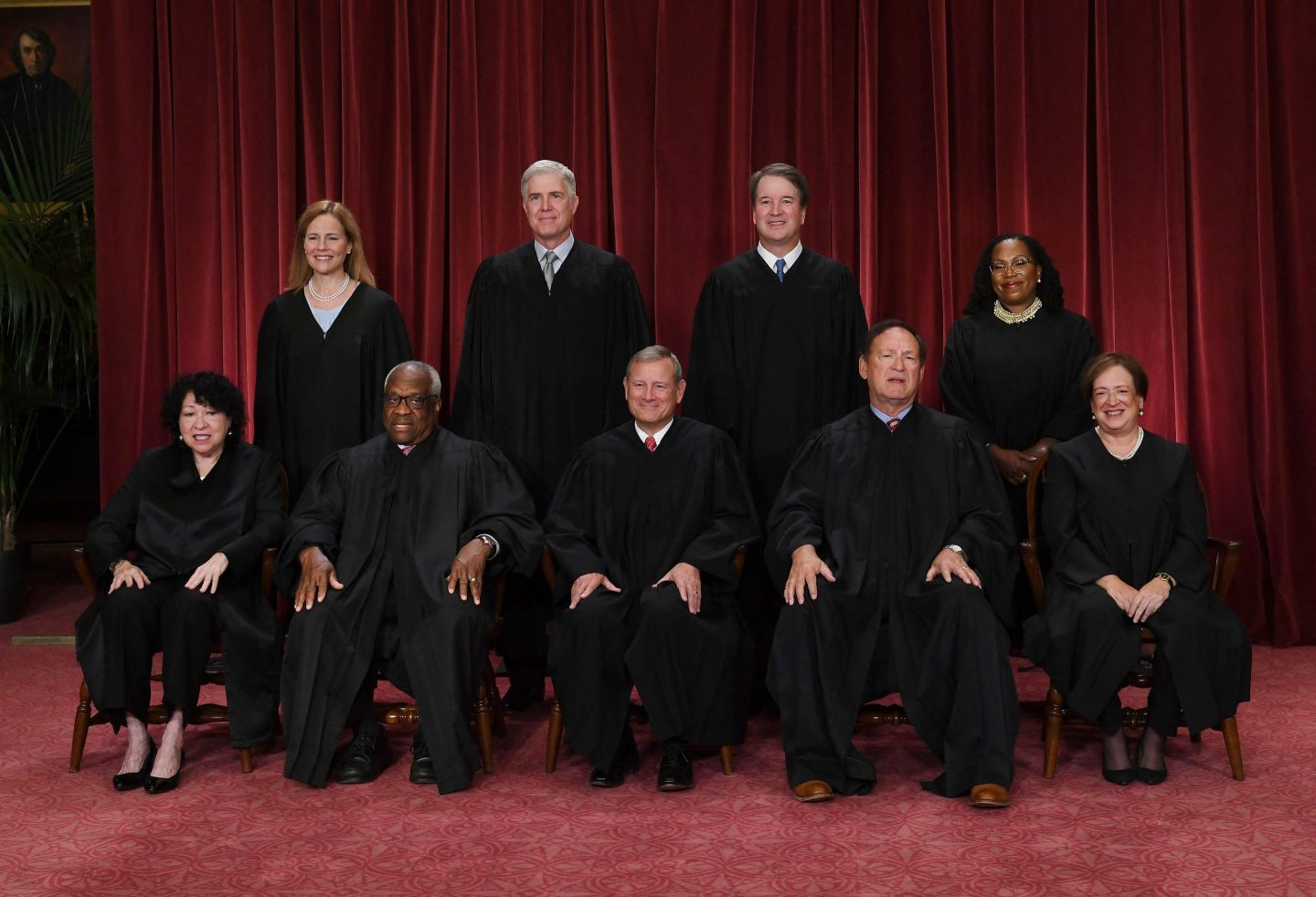 With its current makeup, the Supreme Court is likely to rule against affirmative action after hearing two challenges involving Harvard and the University of North Carolina.
Olivier Douliery—AFP/Getty Images

The Supreme Court appears ready to rule that colleges and universities will no longer be able to take race into consideration during the admissions process, a decision that is poised to unravel decades of precedent. With the current makeup of the court, the question isn’t if, but how far the ruling will reach.

Yesterday, the court heard oral arguments in two cases challenging the 2003 Grutter v. Bollinger decision, which allowed universities to consider race in admissions in service of a more diversified student body. The two challenges involve Harvard University and the University of North Carolina, who are counter-arguing that overturning Grutter would have a detrimental impact on higher education—Harvard’s brief finds that over 40% of all U.S. four-year universities and 60% of elite universities already consider race during their admissions process. But they further argue that the ruling would have unintended repercussions in all areas of society, including in hiring and development, health care outcomes, and beyond.

For lots of people, the decision won’t change much. According to 2019 research by the Pew Research Center, most U.S. colleges accept more than half of their applicants and don’t consider race in their decisions. “Nonselective” schools, like community colleges, accept more than 90% of applicants. That leaves the battle firmly focused on the most selective of elite institutions and the 60% of four-year schools which don’t design student pools with diversity in mind, leaving the still unrealized gains of affirmative action in the rearview mirror.

You can get a full recap here and here, and in a diminishing use case for Twitter, expert commentators former NAACP Legal Defense chief Sherrilyn Ifill and the Nation’s justice correspondent Elie Mystal delivered exceptional, minute-by-minute updates.

It’s also worth understanding where these suits came from. It’s been a long, strange trip back to the Supreme Court for Edward J. Blum, a stockbroker and conservative activist.

Blum, the founder of a conservative non-profit membership group called Students for Fair Admissions, first filed suits alleging racial bias in admissions against Harvard and UNC in federal court way back in 2014. Even then, he was a familiar name in legal circles. Blum, who is not a lawyer, has spent the better part of the last three decades organizing legal fights challenging both affirmative action and voting rights. He began this work as a solo activist with the well-funded Project on Fair Representation in 2005, which according to the website is a “not-for-profit legal defense foundation that is designed to support litigation that challenges racial and ethnic classifications and preferences in state and federal courts.”

You may remember him best as the person who organized legal battles against the University of Texas at Austin on behalf of Abigail N. Fisher, a white applicant who was recruited by Blum to be the sympathetic face of a bias lawsuit when the university rejected her application in 2008. Their argument—that she was discriminated against based on her race—was false. They did not prevail in the Supreme Court or in the public square.

WNYC’s More Perfect podcast dedicated part of an extraordinary episode to Blum’s “legal entrepreneurship” in 2016, revealing how he “takes an issue, finds the perfect plaintiff, matches them with lawyers, and works his way to the highest court in the land.” At that point, he’d made it to the Supreme Court six times.

See kids? If you put your mind to it and work really hard, you can make your dreams of racist social engineering come true.

But until then, the fight continues. I’ll let Justice Ketanji Brown Jackson, the newest member of the court, frame the debate.

She asked what might happen when a university takes into account the background and personal characteristics of an applicant, except race. “What I’m worried about is that that seems to me to have the potential of causing more of an equal protection problem than it’s actually solving,” she said, offering two hypothetical students for further discussion.

The first is a white North Carolinian whose family legacy dates from before the Civil War. “I will be the fifth generation to graduate from the University of North Carolina. I now have the opportunity to do that. And given my family background, it’s important to me that I get to attend this university. I want to honor my family’s legacy by going to this school.”

The second applicant is a Black North Carolinian whose family also dates from before the Civil War. “But they were slaves and never had a chance to attend this venerable institution. As an African-American, I now have that opportunity. And given my family, family background, it’s important to me to attend this university. I want to honor my family legacy by going to this school.”

Both mention race, neither as a grievance nor in a quest for reparations. But “these two applicants would have a dramatically different opportunity to tell their family stories and to have them count,” she says. “Why is telling [the Black applicant] no, not an equal protection violation?”

Guess who gets admitted to Harvard. Resurfacing this study from the National Bureau of Economic Research, which found that 43% of white students admitted to Harvard University were recruited athletes, legacy students, children of faculty and staff, or related to prominent donors—a category known as “ALCDs.” The study found that some 75% of white ALCDs would not have been admitted if they were from any other racial group. Less than 16% of Black, Latinx, and Asian American students came from any legacy category. “Removing preferences for athletes and legacies would significantly alter the racial distribution of admitted students, with the share of white admits falling and all other groups rising or remaining unchanged,” the study said.
NBC News

Guess who owns the trademark for “White Lives Matter”. It turns out two Phoenix-based Black radio hosts, Ramses Ja and Quinton Ward of Civic Cipher, were gifted the trademark to the racist phrase out of gratitude for their contribution to the cause. The anonymous donor wanted to make sure the phrase wasn’t monetized for the wrong reasons. “This person who first procured it didn’t really love owning it, because the purpose was not necessarily to get rich off of it; the purpose was to make sure that other people didn’t get rich off of that pain,” Ja told Capital B. And that’s why Kanye “Ye” West, or anyone else, can’t use the phrase without getting permission or sued. A lively interview with the pair below.
Capital B

Concordia University publishes a landmark report on anti-Black racism and reparations. The venerable Canadian institution has been working on this assessment for two years, which began as an official statement in the summer of 2020 stressing the need to address systemic anti-Black racism, which was met with a list of demands from Black students, faculty, alumni, and allies. In addition to addressing the unique needs of the campus, the work explored the legacies of anti-Black racism in Montreal as well as within education systems across Canada. Anyone looking for a serious investigation into equity and anti-racist work within an education system should spend a little time with their findings, generated by 50 task force members after stakeholder sessions, town halls, interviews, and reviews of employment, teaching, and learning practices. It appears to have been healing. “The President’s Task Force on Anti-Black Racism has, above all else, been a making of community,” says task force chair Angélique Willkie.
Concordia University

Are you an ethical leader? Part of the trouble is recognizing the right thing to do in any given situation. Neil Malhotra and Ken Shotts, two political economists at Stanford Graduate School of Business, teach a class called Values-Based Leadership, designed to prepare future leaders to grapple with some of the big questions of the day—like what are values? How do you stay true to your own values while respecting the values of others in the organization? In this excellent Q&A, they take on everything from the pitfalls of gut instinct to the creeping rationalizations that produce the Theranoses of the world. And then there is the leadership bubble. “Powerful people typically don’t perceive that other people are agreeing with them because of their role. They have to learn to recognize that,” cautions Malhotra.
Stanford Graduate School of Business

Are you a good ally?  If you want a memorable musical metaphor for allyship—or just looking for an excuse to listen to a beautiful song—then take a few moments to enjoy the extraordinary performance of the Oscar-winning song “Glory,” from the Ava DuVernay film Selma about the 1965 marches for voting rights. John Legend and Common won Best Original Song at the 2015 ‪Golden Globe Awards and the 87th Academy Awards for the song. But the staged version, which was performed at the Oscar ceremony, offers a subtle lesson in grace in racial partnership that’s easy to miss. As the “marchers” fill the stage to sing during the dramatic finale, the white performers march shoulder to shoulder with the black ones—but stand in silent solidarity. The glory is in the details.
Glory at the Oscars

“I’ve heard the word diversity quite a few times, and I don’t have a clue what it means. It seems to mean everything for everyone.”