Gen Zers don’t see the point in getting a degree. Here’s how to fix the ROI of college 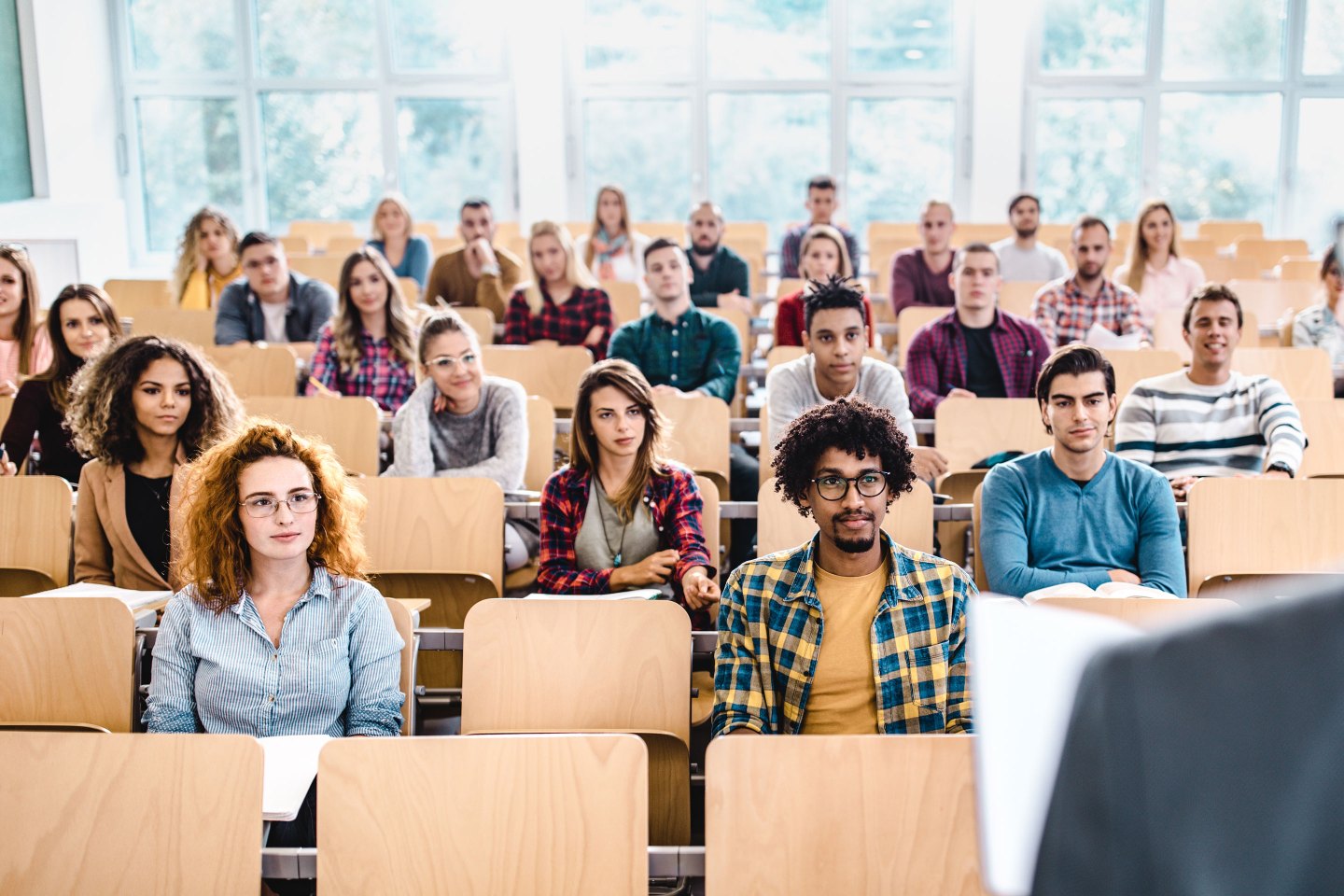 Gen Z students are less open than previous generations to the idea of incurring massive debt to fund their education.
Getty Images

The Biden administration’s plan to cancel up to $20,000 in student loans has been welcomed by many borrowers. However, it doesn’t address the underlying problem, which is the cost of higher education in America. According to some estimates, we’ll be right back at $1.6 trillion in student debt just five years from now.

The ROI of college is broken, and Americans know it. More than half of adults don’t think the economic benefits of a college degree outweigh the cost. Over the last few years, most universities have seen a decline in college enrollment. At the same time, over 90% of HR professionals say they value the rise of alternative credentials that teach job-related skills just as one company after another proudly announces the removal of the college degree requirement for job applicants.

So, should students forgo college? Not if they want to make more money. College is still generally the best pathway to higher-paying careers, with lifetime earnings 84% higher for college graduates than for those whose highest degree is a high school diploma. My conversations with HR professionals also suggest that changes to company policy don’t necessarily translate to actual hires of people without a degree.

The “return” of going to college is clear; it’s the “investment” that’s the problem. To fix the ROI equation for college-goers, we must make higher education more affordable. The reality is that free college is already within reach for millions of Americans—but only if we count two-year college degrees.

The two-year associate’s degree, typically conferred by community colleges and mostly considered a stepping stone to a four-year degree, deserves a more prominent place in the U.S. higher education landscape.

The number one reason is cost. Community college is already essentially free for those who need the most support. Since 2009, the average first-time, full-time student in a two-year college has received enough financial aid to cover all tuition and fees. At two-year colleges, the average tuition and fees are $3,800 per year, while estimated expenses for supplies and textbooks are $2,400 per year. For students who receive the maximum Pell Grant of $6,895, federal grants can cover both categories—and have an extra $695 for living expenses. That’s fully funded college for students and then some, today.

A two-year college degree easily passes the ROI test with decades of data on income from graduates. People whose highest level of education is an associate’s degree earn 51% more than high school graduates with no college. The opportunity cost of a two-year degree is also more manageable for students who need to make a living while leaving open the door to pursue a bachelor’s degree later in their careers.

Two-year colleges originated in the U.S. over 150 years ago to help expand access to public higher education. Today, there are more than 1,000 community colleges across the U.S. serving that purpose. However, we shouldn’t treat community college as a funnel into a bachelor’s degree. Instead, we should use this existing infrastructure across the country to reimagine the associate’s degree as a stand-alone, career-enhancing credential.

As workforce requirements evolve and embrace education pathways beyond the bachelor’s degree, an associate’s degree is the obvious next option that is already free for many Americans and has proven to boost lifetime income. The benefits of a two-year degree will be enhanced as degree programs become better aligned with workforce needs. We need community colleges and other higher education institutions to design more associate’s degrees that build in training for job skills. Students should graduate from community college with both an associate’s degree and an employer-approved certificate in areas such as analytics, coding, or marketing.

Reinventing the two-year college degree could not only prepare students for jobs but also save liberal arts education as we know it. Associate’s degrees will continue to serve as a pathway into a four-year university and help many students reduce the overall cost of their education. As the son of a middle school teacher, I was able to attend Boston University only by transferring in my community college courses.

The vast majority of students who attend community college do so with the intention of transferring to a four-year degree program–but only 13% of students who start community college go on to complete a bachelor’s degree within six years. Clearly, the four-year college degree is not working for the vast majority of Americans: 39 million adults have started four-year programs but have not earned a credential.

The data is indisputable: We need to stop telling high school students that going into debt to earn a bachelor’s degree is the only pathway to the middle class and above. As the ROI of traditional college gets worse, Gen Zers are not going to blindly accept the debt that previous generations took on. A recent study found that nearly half of 14- to 18-year-old students believe postsecondary education should be two years or less.

The time has come to recognize that a four-year college degree is valuable (if you have the time and resources), but two years of college may be just what some people need to launch a career that supports their families without the burden of debt.

Aaron Rasmussen is the CEO and founder of Outlier.org and the cofounder of MasterClass.