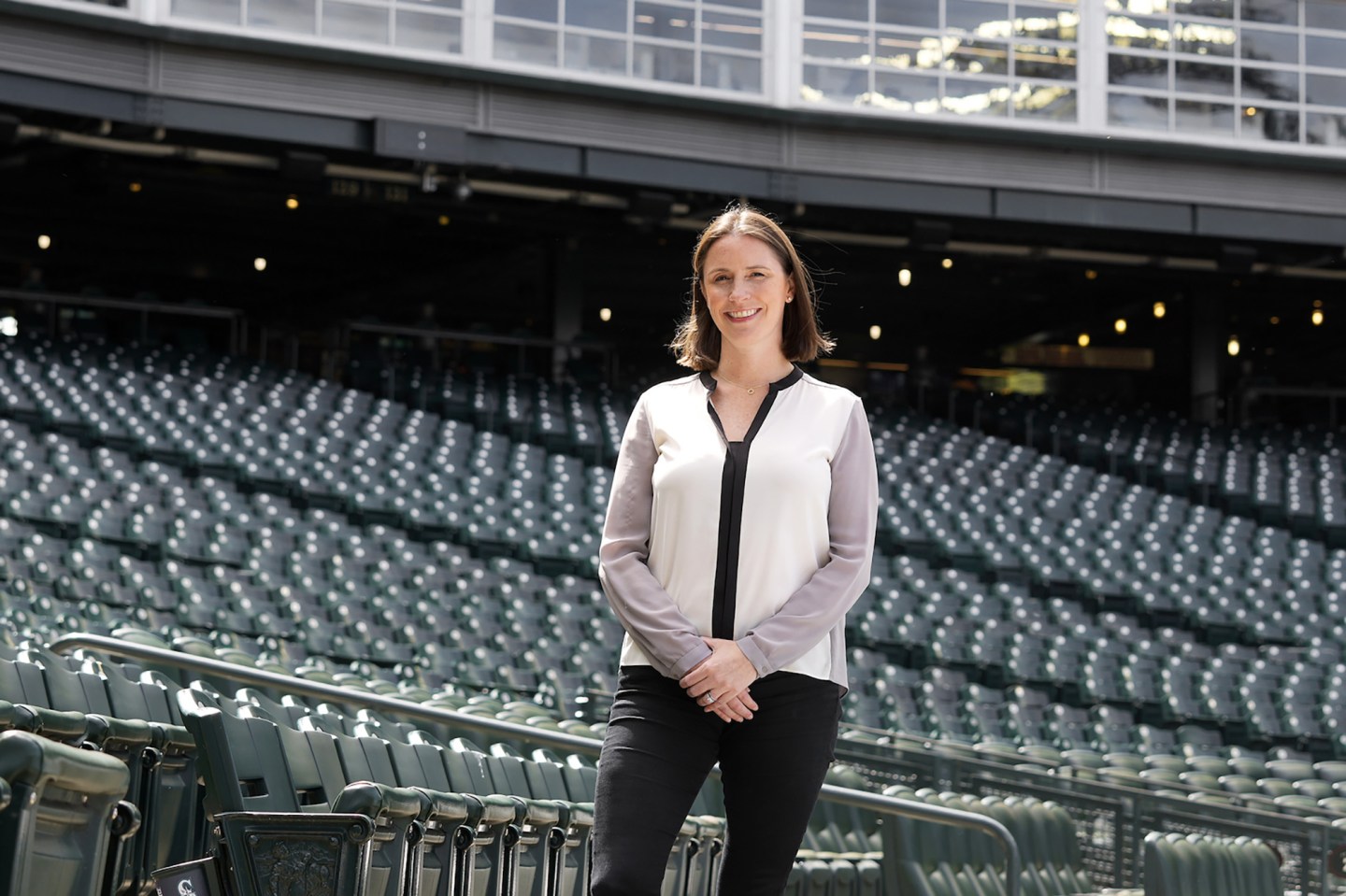 Good morning, Broadsheet readers! A new finance minister attempts to save Liz Truss’ premiership in the U.K.; Microsoft launches a product to compete with Canva; and the highest-ranking female exec in baseball watched her team play until the end on Saturday. Have a meaningful Monday.

Postseason schedule. On Saturday night, Catie Griggs could be found almost anywhere in Seattle’s T-Mobile Park. As the Seattle Mariners played the Houston Astros for 18 long innings in Game 3 of the American League Division Series, Griggs watched from the stadium’s corporate suites, in the 100-level among some of the 47,690 fans who showed up, and next to her son in the bleachers.

Griggs is the Seattle Mariners’ president of business operations, which makes her the highest-ranking female executive in Major League Baseball. (On the athletic side, that honor goes to Miami Marlins general manager Kim Ng.)

Griggs started the job over a year ago, so Saturday night’s game was a big moment for her and her new team. The Mariners hosted their first postseason game since 2001, and the more than six-hour matchup was only the fourth game to go to 18 innings in MLB postseason history. While the Astros ultimately won with a home run by Jeremy Pena in the 18th, the game was still a meaningful experience for the exec.

“I feel exhausted but great” Griggs said Saturday night after the game. “It’s a disappointing outcome, but I’m proud of our team and couldn’t be more excited about what lies ahead in 2023.”

Griggs joined the Mariners in 2021 from Major League Soccer team Atlanta United, where she served as chief business officer, building the team from the ground up.

When she moved to Seattle, Griggs spent time getting to know the city and the stadium. She often wanders T-Mobile Park, gathering insights like which food and beverages sell better in which parts of the stadium and which demographics tend to sit in which parts of the park. The exec—who grew up in Raleigh, N.C., without a major league team—attended about 85% of the team’s 81 home games this season.

With the Mariners’ season now over, Griggs can focus on the other part of her job: figuring out how to serve the community in the off-season. “When people think about a baseball team, they may think about the 162 games we play over the course of a year—which is admittedly a lot,” she says. “But our ballpark is in operation 365 days a year, whether it’s hosting graduations, community events, or concerts.”

That part of the job, Griggs hopes, can be an entry point for more women to join her in MLB front offices. “If you’ve got an operational background and mindset, it’s applicable,” she says. “Sports has some unique nuances, but there are a lot of highly transferable skill sets. It just takes the willingness to try.”

Paternity test. A 19th-century Japanese law determined that a child born to a mother within 300 days of her divorce belonged to her former spouse, even if she remarried. As a result, many women avoided registering their children, especially in domestic abuse cases, making it difficult for those children to access education and health care. Japan’s cabinet on Friday approved a bill that gives paternity to the mother’s spouse at the time of birth and lifts a ban on women remarrying within 100 days of a divorce. Bloomberg

Getting Meta. Last week, Meta chief business officer Marne Levine told attendees of the Fortune Most Powerful Women Summit that the metaverse will be a “game changer” for women by “leveling the playing field.” But a new report shows that Meta’s pivot to the metaverse has been rocky, with “glitchy technology, uninterested users, and a lack of clarity about what it will take to succeed.” Wall Street Journal

Too few. At last week’s Fortune Most Powerful Women Summit, Incredible Health founder Iman Abuzeid shared how she feels about being just the fourth Black woman to found a unicorn company. She said she should be the “700th,” not one of a handful. Fortune

On the job. Air Force Under Secretary Gina Ortiz Jones is the second-highest-ranking civilian leader in the Air Force. After hiding her identity during the “Don’t ask, don’t tell” era, Ortiz Jones says that the military must implement policies that assist women, including access to childcare, so that service members can be “100% focused on the mission.” Fortune

The Great Resentment: Why Beyoncé holds the key to office culture Bloomberg

“I don’t do it for attention. But look! I’m getting a lot of attention by doing it.”

—Dolly Parton on her decades of philanthropy. The country legend was awarded the Carnegie Medal of Philanthropy on Thursday night.