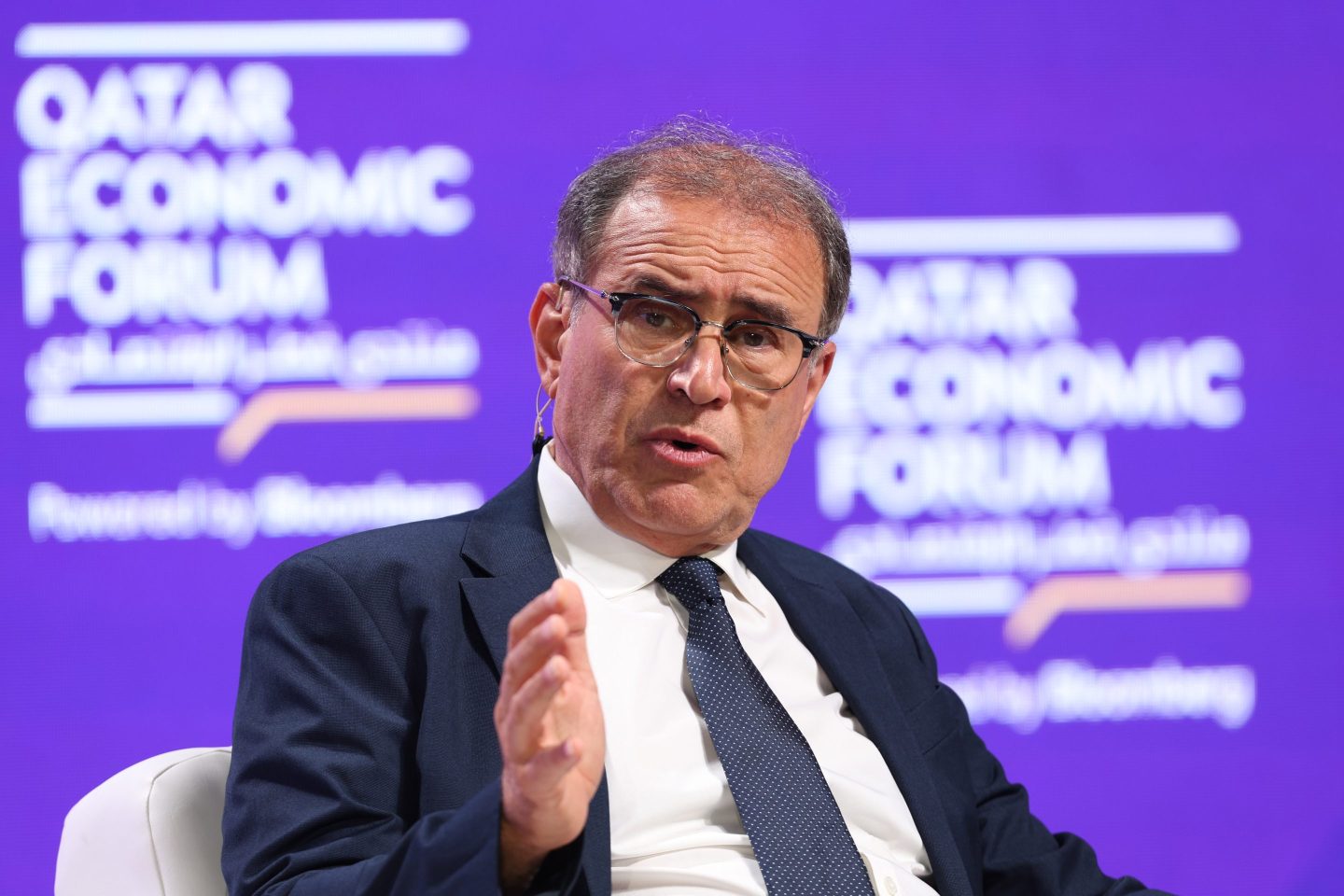 Nouriel Roubini has a reputation on Wall Street as a bit of a pessimist.

Okay, maybe more than a bit.

The 64-year-old NYU economics professor and CEO of Roubini Macro Associates has shared so many bleak predictions over the years that he has earned the moniker Dr. Doom.

But many younger market watchers forget that Roubini actually gave himself the nickname in the mid-2000s when he was attempting to warn the world of an impending financial crisis.

In 2006, when investment banks were still routinely making bullish predictions about the U.S. economy, Roubini was telling anyone who would listen that a U.S. housing bust was on the way.

His bearish views were featured in an International Monetary Fund paper that year, alongside other economists who made far more positive forecasts. The paper recounts how Roubini told a group of 300 IMF staffers at a meeting in Washington D.C. that a U.S. housing crash would ultimately cause a deep global recession.

“When the United States sneezes, the rest of the world gets a cold,” he said, arguing that even Federal Reserve interest rate cuts wouldn’t save the day.

Of course, Roubini was right. The U.S. housing market began to unravel in 2007, ultimately sparking the Great Financial Crisis a year later, and the Fed wasn’t able to rescue markets.

So it might make sense to pay attention to Roubini’s warnings of impending economic doom this time around, even if they can get a bit repetitive.

And they certainly have been repetitive. Roubini has previously argued that the U.S. economy will fall into a deep recession by the end of this year, going so far as to call those who believe that a “soft landing” is still possible “delusional.”

Now, the economist is claiming that we’re headed for a “stagflationary crisis unlike anything we’ve ever seen.”

In a Time op-ed published on Thursday, Roubini said that a toxic economic combination of low growth and high inflation will lead to “massive insolvencies and cascading financial crises” worldwide in the coming years.

His argument is based on the idea that we’re entering a new era for the global economy after “hyper-globalization,” relative geopolitical stability, and technological innovation helped keep inflation at bay since the Cold War.

Roubini believes that our new era of “Great Stagflationary Instability” will be fueled by inflationary trends like aging populations, climate change, supply disruptions, greater protectionism, and the reshoring of industry—or the process of moving businesses that are now operated overseas back to their original countries.

And to fight inflation in this environment, he argues that central banks will be forced to raise interest rates back to historic norms after years of moving in the opposite direction.

“Rapid normalization of monetary policy and rising interest rates will drive highly leveraged households, companies, financial institutions, and governments into bankruptcy and default,” Roubini argued, noting that private and public debt as a share of global GDP has jumped from 200% in 1999 to 350% this year.

But unlike many other economists and business leaders, he warns that central bank officials can’t “wimp out” and decide to stop raising interest rates anytime soon, otherwise inflation will be a persistent problem worldwide. Essentially, Roubini believes central banks are trapped between a rock and hard place due to our current inflationary environment.

“When confronting stagflationary shocks, a central bank must tighten its policy stance even as the economy heads toward a recession,” he said.

Roubini concluded his piece with some sage advice for investors: Avoid stocks and long-term bonds.

“Investors need to find assets that will hedge them against inflation, political and geopolitical risks, and environmental damage: These include short-term government bonds and inflation-indexed bonds, gold and other precious metals, and real estate that is resilient to environmental damage,” he said.