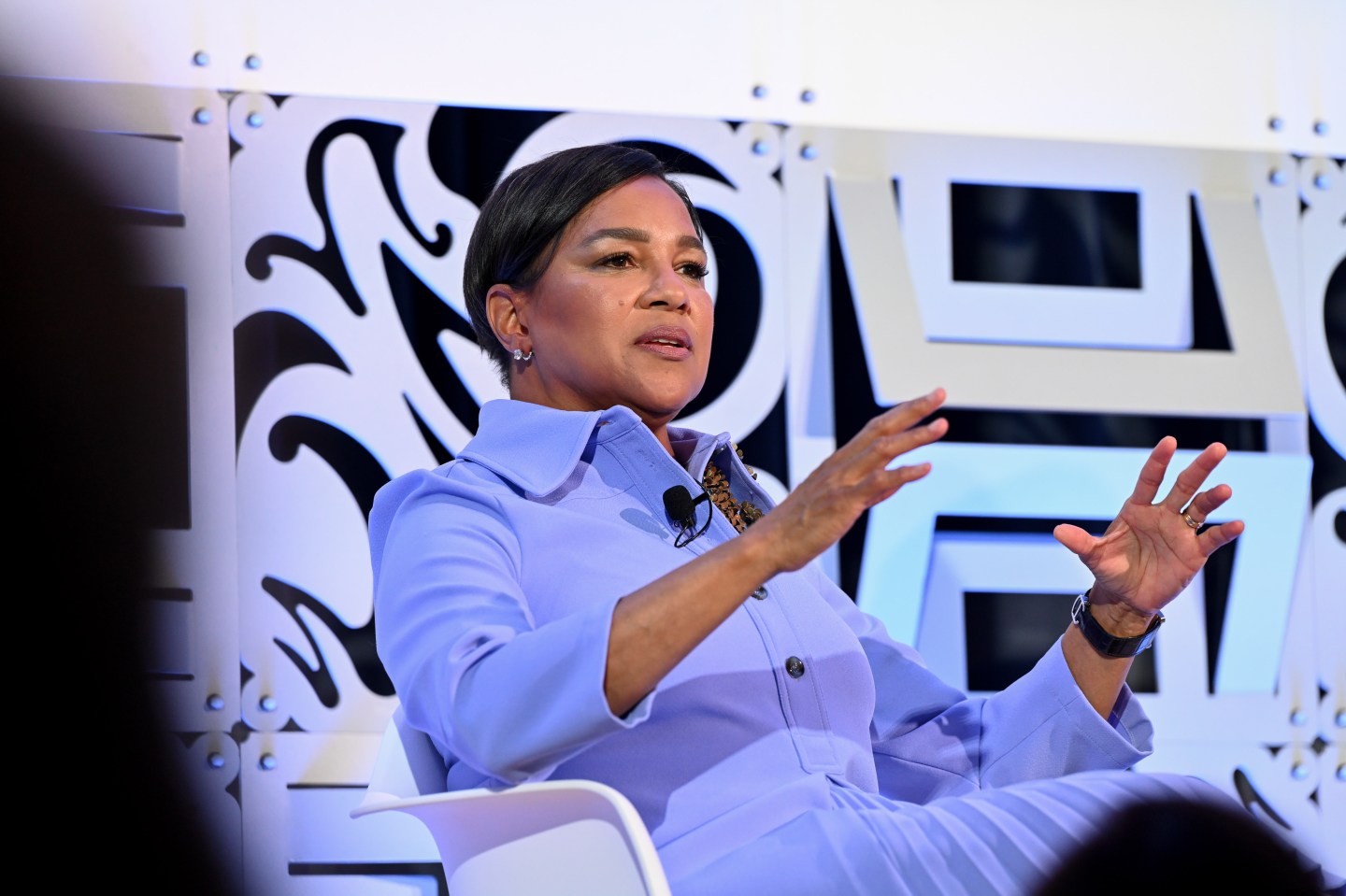 – Finding her purpose. One of the most oft-cited reasons for the Great Resignation is that employees want to find purpose at work. CEOs aren’t exempt from that trend, as evidenced by Walgreens Boots Alliance CEO Roz Brewer.

Speaking at the Fortune Most Powerful Women Summit yesterday evening, the former Sam’s Club CEO explained why she left a plum executive job at Starbucks to become Walgreens’ CEO just as the company began vaccinating Americans against COVID-19 in March 2021.

“As things were happening around me, there was that growing activist in me—and it wasn’t enough,” Brewer, ranked No. 7 on Fortune‘s recent Most Powerful Women list, said of her decision to leave Starbucks. “When things happened and this moment came, the opportunity led the moment. I sort of snapped in a good way.”

Brewer’s desire to be at the nexus of where it was “all happening” drove her decision to accept the corner office role, confessing there’s this “little, tiny thing in me that feels like change is always gonna happen. And if it’s not happening, I’m going to push it and make it happen.” She added: “You can’t do that from the back room. You’ve got to be up there.”

Though she admittedly enjoyed her time at the coffee giant, Brewer knew it was time to take a risk and make a career change. “It was time for me to take everything I’ve learned and put it against one of the biggest problems I thought I was going to ever face in my life,” she said about Walgreens’ COVID-19 vaccination campaign.

Despite the challenges posed by the pandemic, Brewer sees leading Walgreens as an opportunity. “You learn a lot in a crisis,” she said. “I quickly got a chance to see the company from the inside out. I’m actually falling in love with the company. It has so much opportunity to grow and in an industry that is just ripe for change.”

- Stepping down. Los Angeles City Council president Nury Martinez stepped down from her post on Monday morning, one day after a leaked recording in which Martinez and other leaders made racist remarks sparked outrage and calls for her resignation. Martinez apologized for her comments, stating she is “truly ashamed.” She will retain her seat on the city council. L.A. Times

- Fed up. ARK Invest CEO Cathie Wood penned an open letter to the Fed on Monday, warning against rate hikes. Wood argued that the agency focuses too much on “lagging indicators” like employment and inflation and not on “leading indicators” like commodities, used cars, and home prices. She warned that the "unprecedented 13-fold increase in interest rates...raised the risks of a deflationary bust." Fortune

- On the stand. Jennifer Siebel Newsom, the wife of California governor Gavin Newsom, will take the stand to testify against Harvey Weinstein in Los Angeles this week. Siebel Newsom accused Weinstein of rape that occurred sometime between September 2004 and September 2005, according to court documents. Weinstein has pled not guilty. L.A. Times

- Win-win. Banks with greater gender diversity lend less to companies that are big polluters, per new research from the European Central Bank. The study found that banks where women make up more than 37% of directors provided about 10% less lending to firms with high pollution intensity. Bloomberg

- Lawsuit settlement. Columbia University announced a $165 million settlement on Friday with 147 patients of Robert Hadden, a former gynecologist accused of sexually abusing his patients. Hadden, who has not worked as a doctor since 2012, pled guilty to abusing 19 women in 2016 but avoided prison through a plea deal. He is currently awaiting trial for federal charges. New York Times

- Looking the other way. Herschel Walker, the former football player and Republican nominee for Georgia’s U.S. Senate race against incumbent Raphael Warnock, reportedly paid for an ex-girlfriend’s abortion. (Walker denies the report and supports abortion bans with no exceptions.) But evangelicals, looking for a win in a senate race so tight that any lost supporters could mean a win for Warnock, continue to support Walker despite their strict antiabortion views. New York Times

- Free books. California Governor Gavin Newsom signed a law expanding access to Dolly Parton's Imagination Library Program on Friday. Children in the state under the age of five will now be eligible to enroll in the program and receive a free book every month beginning in June 2023. Yahoo Finance

The ‘sacred duty’ of She Said Vanity Fair

Before Roe, what was it like to talk about abortion? Vogue

“So much of what happened to me professionally felt like I was floating in a cauldron, and so much about this book is about taking control."