CEOs aren’t pulling back on ambitious climate commitments, despite the impending recession: ‘Quite the opposite’ 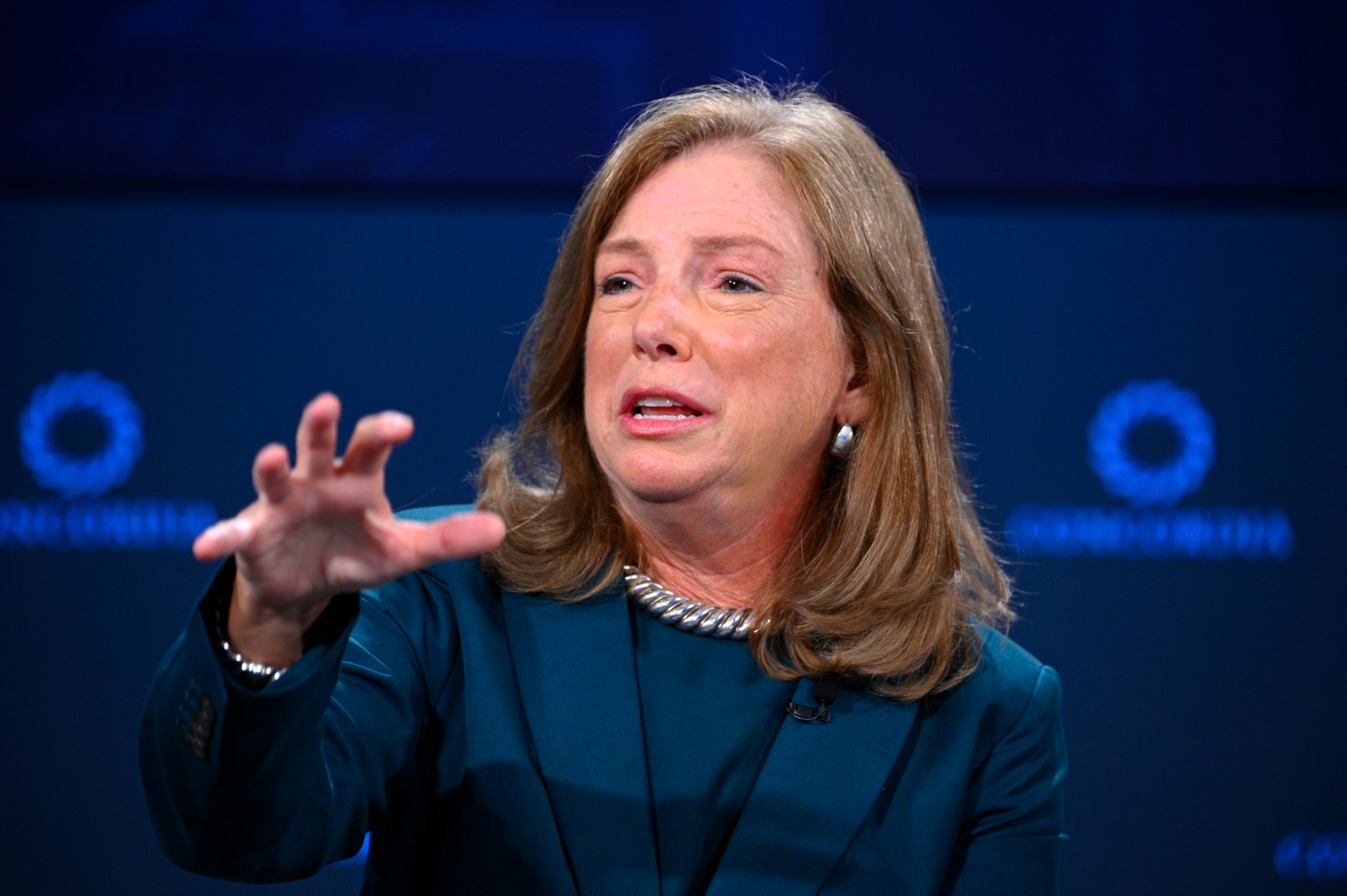 I’ve been searching for signs that companies are pulling back from the ambitious climate commitments they made over the past couple of years—given an impending recession, a tightening regulatory environment, and political backlash in the U.S. But I can’t find any such signs, at least among the most climate-forward companies.

When I asked Verizon CEO Hans Vestberg, who participated in a Fortune CEO roundtable on climate yesterday, whether his company was pulling back in the face of headwinds, he responded with a definitive, “No.” Siemens CEO Barbara Humpton answered, “Likewise.” Leon de Bruyn, CEO of privately held Lummus Technology, answered:

“Quite the opposite. At these times, I think innovation is nurtured…We strategically invest at these times to create a competitive advantage, and help our customers serve their customers with a lower carbon footprint.”

“It really changed as we moved the technology from a consumer focus into an enterprise focus, that these actually can be a tool to help meet sustainability goals” by eliminating the need for travel.

And Marc Casper, CEO of Thermo Fisher Scientific, put it this way:

“This is very important to our customers, and we’re going to invest in it no matter what the economic cycle is. Because who wants to have left a company that made the world worse at the end of it?”

“The data show if you are forward-leaning in terms of climate and sustainability, it can accelerate top-line growth; it can lead to medium-term cost savings and also to value creation. And so when we look at climate leaders versus laggers, we see shareholder value creation which is stronger in the climate leaders than in climate laggers.”

The one major sticking point in yesterday’s conversation was around the SEC’s proposed rules holding companies accountable for the so-called Scope 3 emissions of their suppliers and customers. While all agreed it’s critical to get Scope 3 emissions under control, and to have transparent disclosure, the SEC rules were seen by many as a step too far…or at least, premature. Said Genpact CEO Tiger Tyagarajan:

“It’s a real challenge for most of our clients to actually have transparency into the data of their suppliers.”

Sysco CEO Kevin Hourican says his company is meeting with suppliers and telling them they have to have a climate plan. But…

“We’re not going to go so far as to audit how they’re doing it…We think that’s overreach.”

And S&P CEO Douglas Peterson urged the SEC to…

“Take a step back, look at Scope 1 and Scope 2 [emissions directly under the company’s control]. Get it out there. And then we can figure out how to feather in Scope 3.”

“It’s absolutely crucial that corporations like ours are reporting on things that are not only financial. Because ultimately, we are extremely important for society, and we have platforms that stretch out into all corners of our communities. We just need to find a model where we can make progress, rather than doing a revolution and losing sight of the improvements already being made.”

Elon Musk is going to buy Twitter after all, at the previously agreed price of $44 billion. Analysts reckon he would have been forced to do so anyway, owing to Twitter’s lawsuit against him. Musk claims the purchase will act as “an accelerant to creating X, the everything app.” The mogul—who cofounded a financial-services company called X back in 1999—seems to want a super app in the vein of China’s WeChat. Fortune

Kyiv’s forces continue to make serious advances in the country’s east and south, into territories that Russia claims to have annexed. According to former CIA chief David Petraeus, Vladimir Putin is now “literally out of moves,” and even the deployment of a tactical nuclear strike wouldn’t change the battlefield reality that is now so much in Kyiv’s favor. Fortune

The OPEC+ group of petrostates is meeting today and will likely announce big cuts in oil production. This price-boosting measure would annoy the U.S. and please cartel member Russia, whose state coffers—and military—need feeding. Financial Times

The women behind #MeToo, 5 years later: Tarana Burke, Ellen Pao, and Gretchen Carlson on what has and hasn't changed, by Maria Aspan, Erika Fry, Emma Hinchliffe, and Beth Kowitt

What America’s top CEOs are worried about as they look ahead to 2023, by Lila MacLellan

Meta is backing out of a major New York office deal as it prepares to cut budgets across the company, by Prarthana Prakash

Marc Andreessen compares California to Rome circa 250 A.D. ‘The roads are becoming unsafe and nobody is quite sure why,’ by Bloomberg

Long COVID could be linked to a totally different (and common) virus, new study finds, by Erin Prater