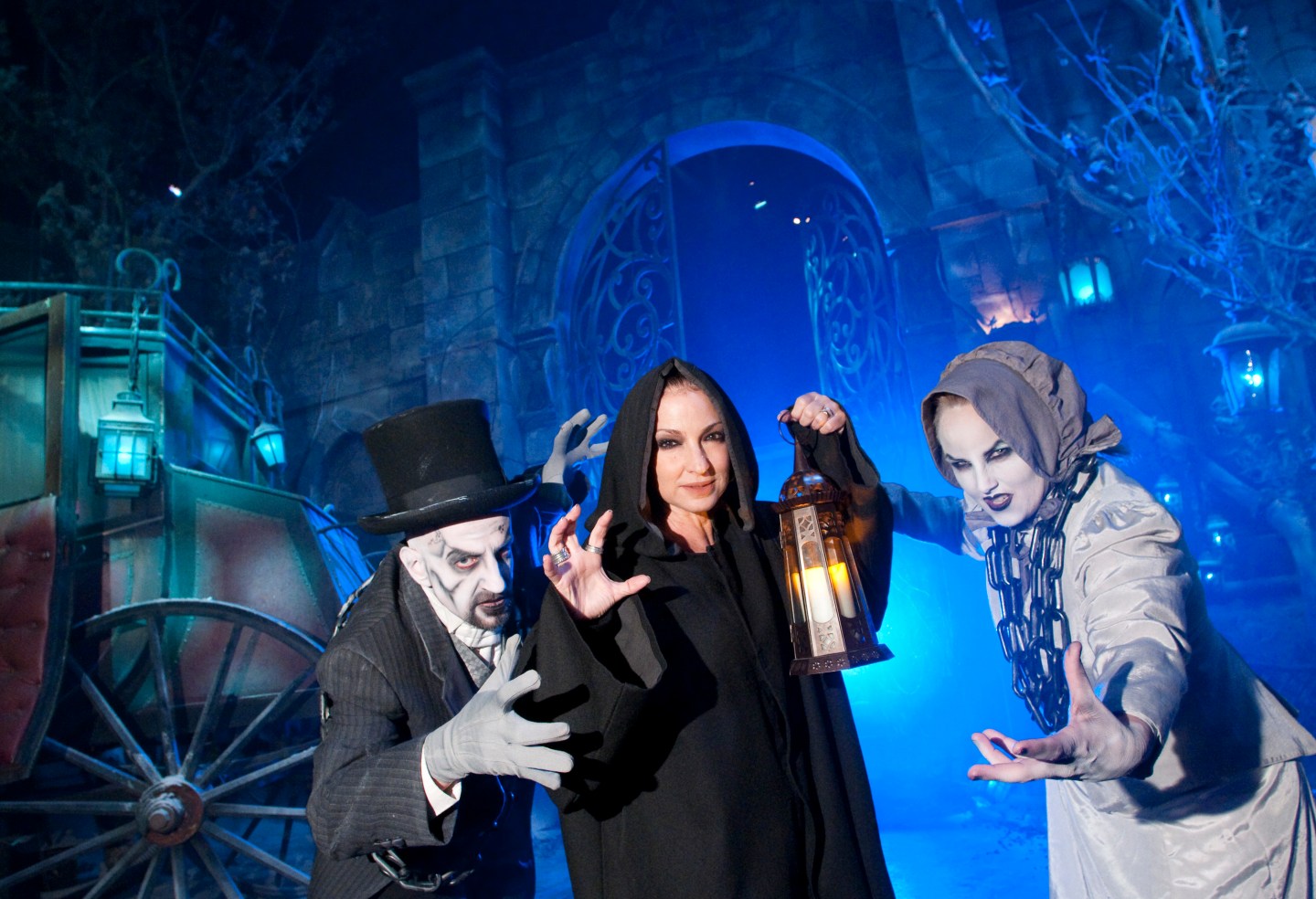 Whoever coined the phrase “fear is the greatest motivator” probably didn’t have consumer electronics sales in mind.

But this month, Apple and Amazon are putting the old axiom to the test, rolling out new products that walk a fine line between preying on fear and promoting health and safety.

Amazon also focused on the protective capabilities of its latest Astro do-it-all robot, reframing the device as a security guard for homes and businesses. The latest Astro can investigate unexpected noises, provide live video as it checks out suspicious happenings, and even alert you when a door or window is accidentally left open. In a bit of smart synergy, Astro also can notify Ring-contracted security staffers in cases when law enforcement might be needed and customers employ Ring’s Virtual Security Guard service. (The Astro isn’t expected to be commercially available until 2023, and early reviews haven’t been particularly positive.)

In a similar vein, Apple introduced a crash detection system embedded in the latest iPhone and Apple Watch devices. Both products will sense if someone in a vehicle is involved in a collision, then automatically connect users with emergency services and provide location-based information to first responders. The tool builds off a fall detection feature integrated in the Apple Watch earlier this year.

The smart-home market continues to thrive, albeit at a slower rate than in recent years. Insider Intelligence predicts that nearly half of all U.S. households will employ smart devices by 2025, up from 30% in 2018.

Ditto for the home security industry. Research firms Mordor Intelligence and Technavio estimate that the global home security system market will grow in the high single-digits annually, with an increasing share of homeowners employing products purchased through retailers like Amazon and Google.

And same goes for the smart personal safety and security device market, which is projected to grow 14% annually and reach nearly $9 billion by 2030, according to Market Research Future.

All three industries remain highly fragmented, offering a window for tech companies that can deliver low-cost systems capable of integrating with other smart devices. Amazon and Apple are taking different approaches to creating their ecosystem—the former aims to connect multiple devices within the home, while the latter routes almost everything through the iPhone and Watch—but they both envision a deep bond between consumer and company.

Is it all a little dystopian, manipulative, and exploitative? You betcha. Does the emphasis on personal security and safety feed into our dwindling trust in one another? I’d say so. Are tech giants pushing these products because they’ve run out of whimsy and ingenuity? Perhaps.

Still, fear sells. And in an era of social media and (sometimes righteous) scaremongering, few industries are better equipped for taking advantage of our paranoia better than Big Tech.

Getting a (small) raise. Amazon announced Wednesday that most frontline warehouse and transportation workers will receive an average pay increase of $1 per hour, Bloomberg reported. The bump will bring the average hourly wage for those employees to roughly $19 per hour and translate into $1 billion in added expenses for the company. The e-commerce titan has been looking to cut costs and scale back its rapid expansion amid a slowdown in consumer spending, but it’s also faced labor unrest tied to complaints about working conditions and low pay.

No free pass for Meta. An Amnesty International report concluded that Facebook “proactively amplified and promoted content” that incited violence against the Rohingya ethnic group in Myanmar several years ago, the Associated Press reported Thursday. The findings conflict with statements by Facebook owner Meta, which has claimed that it merely failed to remove violent and hateful content posted on the social media platform before the government-led Rohingya massacre in 2017. Amnesty International based its conclusions on interviews with Rohingya refugees, former Facebook employees, and documents leaked by Facebook whistleblower Frances Haugen, among other sources.

Out of sight. At least 12 people with deep ties to China’s semiconductor industry have faced government investigations or disappeared from public view amid heightened scrutiny of the sector, the Financial Times reported Wednesday. Chinese government officials have alleged corruption and incompetence are to blame for much of the republic’s failure to remain competitive in the semiconductor industry with the U.S., South Korea, and other rival nations. The Chinese government has pumped tens of billions of dollars into the sector, aiming to end the nation’s reliance on foreign entities for advanced semiconductors that power electronics, weapons, and A.I. tools, among other products.

A disassociation decision. Several companies have suspended advertising on Twitter after their ads were shown next to tweets related to child sexual abuse, Reuters reported Wednesday. The list of brands halting their ad campaigns on Twitter includes Mazda, DIRECTV, Forbes, and Dyson. The pullback follows a report from The Verge about Twitter’s struggle to police posts related to child sexual abuse, as well as new research from cybersecurity firm Ghost Data showing ads on Twitter account pages that link to child abuse material. In a separate matter, Instagram permanently disabled pornography site Pornhub’s account following repeated violations of its guidelines, TechCrunch reported.

Picture from a few words. Every once in a while, you stumble across a new technology that, for better or worse, feels truly revolutionary. That’s the sense I got Wednesday while playing with DALL-E, an A.I.-powered text-to-image generator that’s now available to the public. As the Washington Post reported, the long-awaited full arrival of OpenAI’s DALL-E (access has been limited until now) signals an exciting but daunting frontier in digital life. The web-based product spits out remarkably detailed, precise images using simple directives. Yet some A.I. ethicists worry that the tool will be used for nefarious means, such as spreading misinformation or fake photos.

The technology is now spreading rapidly, faster than AI companies can shape norms around its use and prevent dangerous outcomes. Researchers worry that these systems produce images that can cause a range of harms, such as reinforcing racial and gender stereotypes or plagiarizing artists whose work was siphoned without their consent. Fake photos could be used to enable bullying and harassment—or create disinformation that looks real.

Historically, people trust what they see, said Wael Abd-Almageed, a professor at the University of Southern California’s school of engineering. “Once the line between truth and fake is eroded, everything will become fake,” he said. “We will not be able to believe anything.”

Porsche celebrates Europe’s largest IPO in over a decade as Volkswagen gears up to accelerate charge at Tesla, by Christiaan Hetzner

Elon Musk plans to put an Optimus robot in every home. On the cusp of Tesla’s ‘AI Day,’ the question is whether this is the year he finally unveils one, by Christiaan Hetzner and Jeremy Kahn

Amazon is encouraging call center staff to work from home so that they can eventually shutter their offices, by Sophie Mellor

How Circle could win the stablecoin game, by Jeff John Roberts

The Ethereum merge solved one big problem for the network. But mainstream crypto adoption won’t happen overnight, by Taylor Locke

Giving to the Gulf. Southwest Florida has a well-earned reputation as a haven for wealthy snowbirds, the kind of people who can afford to rebuild when disaster strikes. But as I learned during my five fantastic years as a reporter at the Naples Daily News, it’s also a place filled with middle-class retirees in RV parks, townies who power the local tourism industry, and harvesters toiling away in inland agricultural fields. As I’ve watched videos of floodwaters overtaking large swaths of Naples, Fort Myers, Bonita Springs, Estero, and other bucolic enclaves, it’s those saltwater-of-the-earth folks who come to mind. Southwest Florida’s restoration process will take years and billions of dollars to complete, so here’s a humble plea to help those in need along Florida’s Gulf Coast.

Editor's note: This article has been updated to correct the functionalities of Amazon's Astro robot.