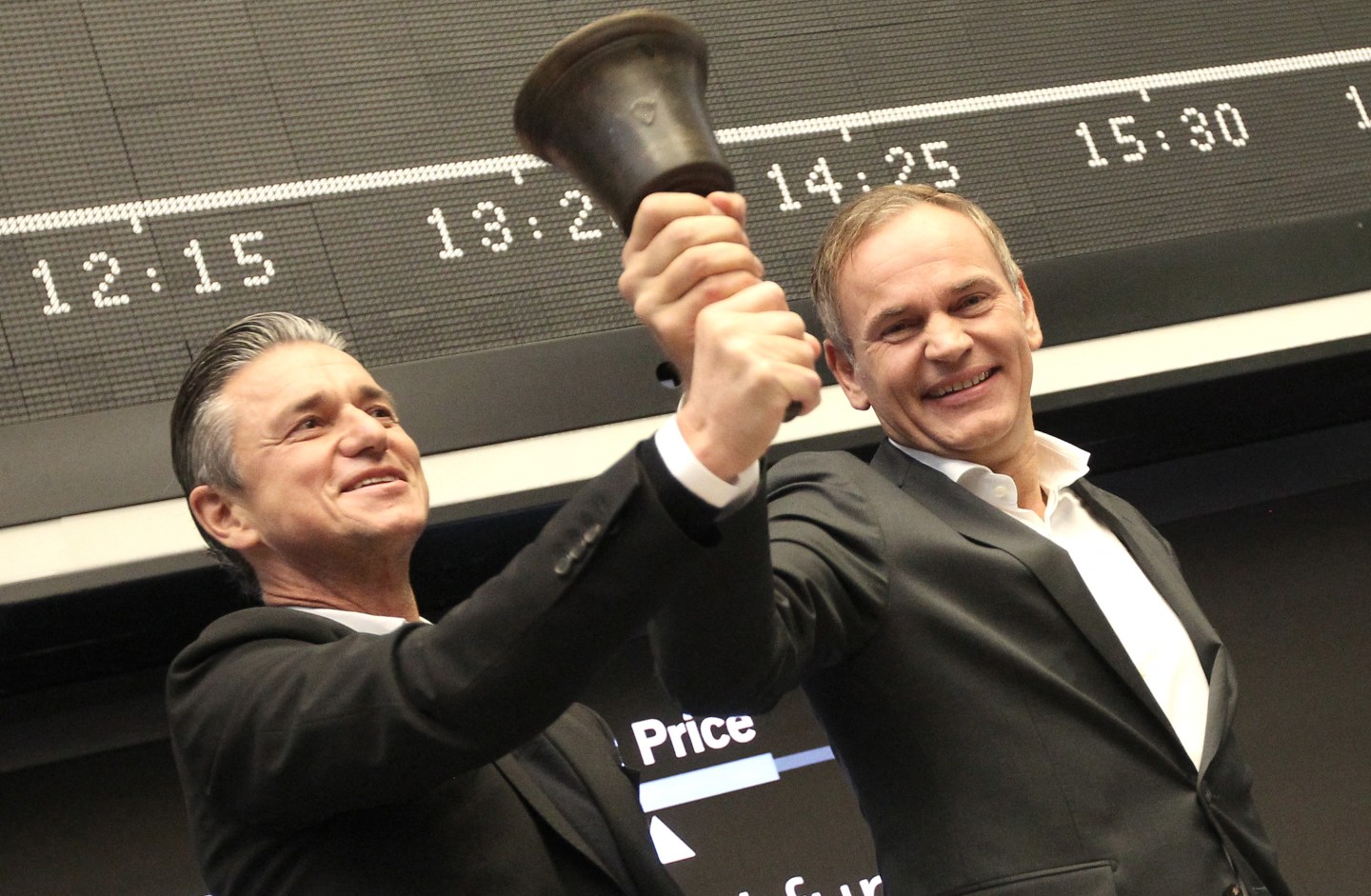 Europe celebrated its largest initial public offering in over a decade after shares in luxury sports car manufacturer Porsche began trading on Thursday.

Parent company Volkswagen Group pushed through the listing of its 75%-owned subsidiary despite poor conditions in part prompted by this week’s chaos in U.K. currency and bond markets.

VW managed to secure a price at the very top of its indicated IPO range, after investors including a number of sovereign wealth funds subscribed to the stock for €82.50 each, valuing Porsche at roughly €75 billion ($72.5 billion).

Volkswagen raised €9.4 billion in proceeds from the sale of a 25% stake in Porsche’s non-voting shares, making it the largest IPO issue since Swiss commodities firm Glencore listed in 2011.

He added the proceeds would accelerate his company’s transition toward vehicles powered by electricity rather than gasoline and defined as much through their programming code as their nuts-and-bolts mechanics. Tesla is presently far ahead of VW in terms of software expertise.

The IPO was only possible after Volkswagen execs were able to tap into the vast wealth of the industrial dynasty that controls it. At the behest of VW’s management, the Porsche and Piëch clans are borrowing heavily to finance the €10.1 billion purchase of a further 25% stake in the company’s non-listed ordinary shares, enough for a blocking minority.

Between both transactions, Volkswagen is set to rake in a total of €19.5 billion in gross proceeds and €9.95 billion net after it shares half of the spoils with its shareholders in the form of a one-off bonus.

The VW dynasty’s twin patriarchs, Wolfgang Porsche and his cousin Hans Michel Piëch, said the IPO was a win-win for all involved.

“The proceeds will accelerate Volkswagen AG’s transformation, its shareholders will receive a special dividend payment and Porsche AG will gain more entrepreneurial freedom,” they said in a joint statement on Friday.

Volkswagen had been hoping to market Porsche much the same as Ferrari did years earlier—as a luxury consumer good that enjoys higher valuations compared to a conventional incumbent carmaker like a General Motors.

Even though Porsche sold only about 300,000 cars last year, a tiny fraction of the 8.9 million sold across the entire group, it is VW’s undisputed cash cow. The luxury brand’s €5 billion in earnings contributed roughly a quarter of Volkswagen’s annual consolidated operating profit.

Early in trading, Porsche shares trading on the Frankfurt exchange under the ticker symbol P911 hit €84.70. Experts say the minimum threshold for whether an IPO can be considered a success is whether the stock closes the first day above its issue price; in Porsche’s case that would be above €82.50.

At this valuation Porsche ranks as the fifth largest carmaker in the world by market capitalization, ahead of Mercedes-Benz, GM, and Ford.