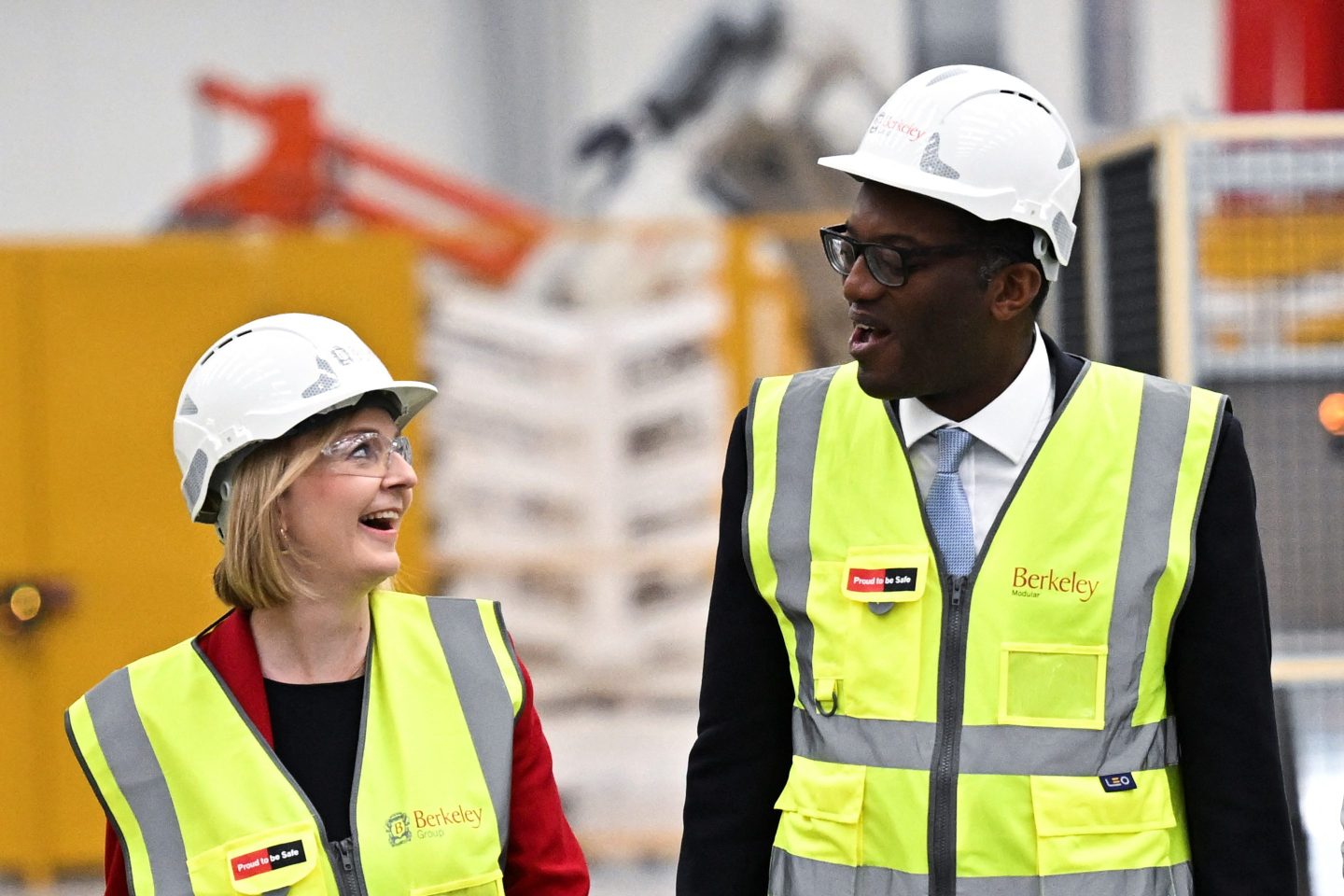 The U.K.’s stock and bond markets have shed at least $500 billion in value since Liz Truss was formally appointed to succeed Boris Johnson as prime minister on Sept. 5.

The losses come as Truss, who came to power in an election of the U.K.’s ruling Conservative Party, has faced a convergence of nightmare scenarios during the first few weeks of her tenure.

Throughout 2022, the U.K. has been battling a “cost of living crisis” spurred on by rising inflation, the looming threat of recession, a deteriorating European energy crisis, and the slow but steady depreciation of the pound compared to the U.S. dollar.

Truss has a new spending plan designed to spur economic growth through tax cuts, but it has only served to spook investors, who believe it could boost borrowing and add to inflation at a time when interest rates are already spiking.

When Chancellor of the Exchequer Kwasi Kwarteng announced the spending plan last week, it led to the largest one-day sell-off in U.K. government bonds in history on Monday, and even briefly pushed the pound to a record low of $1.03 compared to the U.S. dollar on Monday morning.

And top economists like former U.S. Treasury Secretary Larry Summers have warned that the pain may not be over for the currency as asset prices in the country continue to drop.

The FTSE 350 Index—which tracks equities that have their primary listings on the London Stock Exchange—has also seen more than $300 billion in value erased over the same period.

The impact of Truss’ spending plan

Truss’ new policies—which critics say harken back to the laissez-faire, low-tax, and pro-business economic views pushed by Margaret Thatcher and Ronald Reagan in the 1980s—were quickly evaluated by investment banks this week.

If delivered as expected, the U.K.’s new spending plan will include the largest tax cuts since the 1970s, and push the country’s debt to gross domestic product (GDP) ratio to 101%, according to Deutsche Bank Senior Economist Sanjay Raja. That would be the highest level of government debt the U.K. has held since 1964.

In a Tuesday research note, Raja said that he believes the spending plan will make it difficult for the U.K.’s government to balance its budget, as its funding requirements for the coming year will be “the highest going back to 1990” due to falling tax revenues.

The Deutsche Bank economist also ran some numbers on how much the tax cuts will “cost the public,” and found that Truss’ plan will take nearly £19 billion out of government coffers in 2022. By 2027, he expects that number will hit £45 billion per year—or around 1.5% of U.K. GDP.

Raja added that the tax cuts will boost GDP as intended, but argued that they will only have a “modest” impact relative to the scale of borrowing.

“The Chancellor faces a tall order to win back confidence in the markets,” he said. “Tax cuts will likely need to be offset elsewhere. And without any counterbalancing measures, markets will continue to price a risk premium for funding the U.K.’s large deficits.”

Anna Titareva, a UBS economist, echoed Raja’s view in a Tuesday research note, saying that she expects only a “small” impact from the U.K.’s tax cuts on economic growth. The economist maintained her 2022 U.K. GDP growth forecast at 3.4% and only slightly lifted her 2023 forecast to negative 0.2% from negative 0.4%.

Despite the less-than-enthusiastic reaction from markets and investment banks to the new spending plan, Truss defended her policies in an interview with CNN on Tuesday.