How good are the new Apple Watch Ultra and iPhone 14? 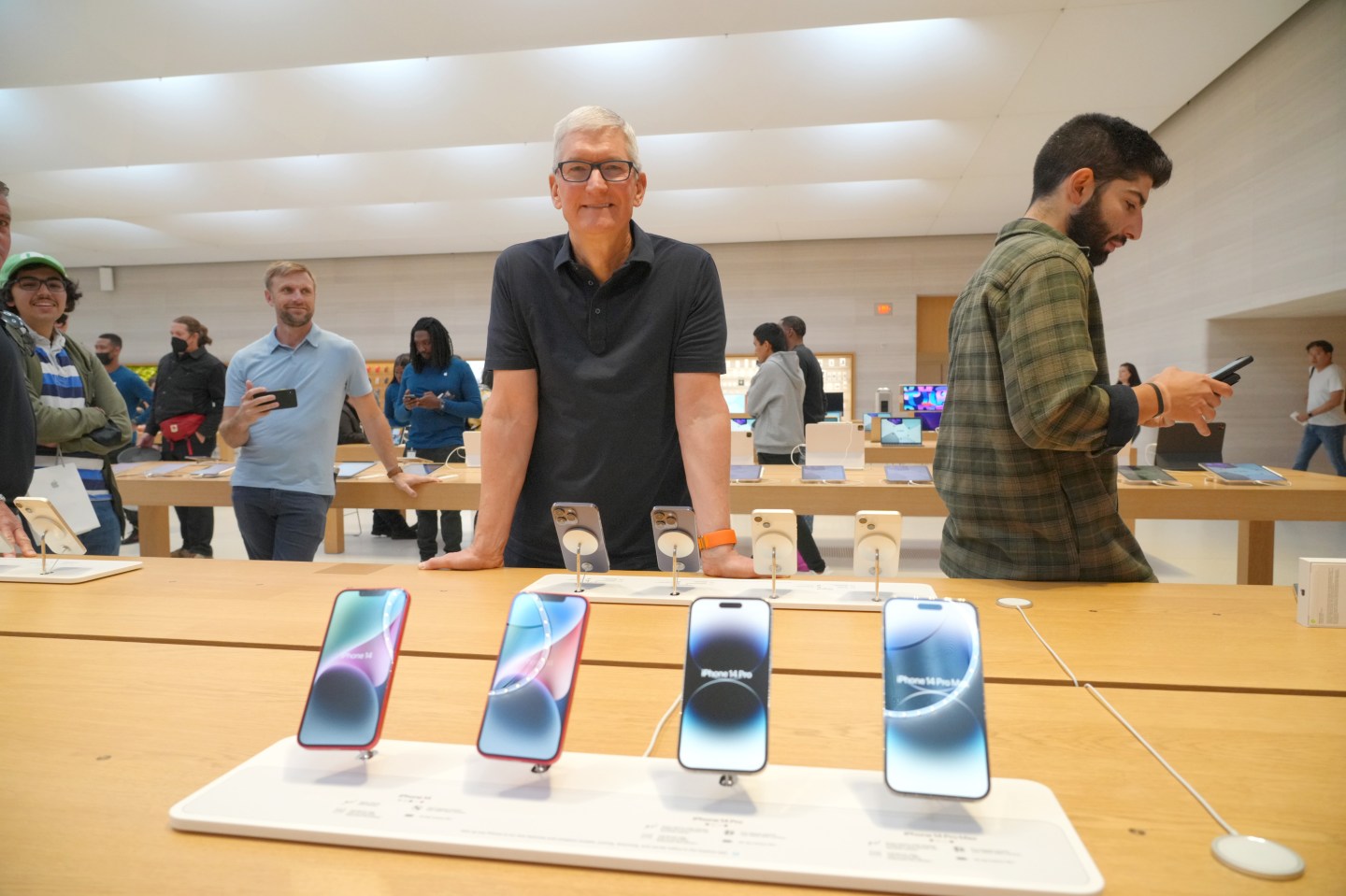 Apple’s newest devices are designed to help you be more adventurous outdoors, become a better content creator, and—according to the company—keep yourself alive.

That’s the vibe I got after testing the new iPhone 14 lineups, Apple Watch Ultra, and AirPods Pro 2—Apple’s latest top-of-the-line products. They’re expensive, yes, but many will feel the new offerings make them worth the money.

Apple is releasing three new watch models (Apple Watch SE, Series 8, and Ultra), two iPhone models (the 14 and 14 Pro, each in two sizes), and the second-generation AirPods Pro. As a Bloomberg Pursuits journalist who focuses on lifestyle products, I’m going to home in on those packed with the most features and therefore the priciest ones—the Apple Watch Ultra (from $799) and iPhone 14 Pro (from $999).

With a 49mm titanium case and a rugged appearance, the Apple Watch Ultra is not your ordinary smartwatch. Yes, it has all the features other Apple Watches have, but it’s able to handle extreme outdoor conditions.

The customizable “action button,” available only on the Apple Watch Ultra, is on the left side of the device and coated in a color called “international orange.” It’s a new hardware addition to make the watch easier to navigate. By pressing the physical button, you can track workout intervals, start up a built-in diving computer (the Oceanic+ app by Huish Outdoors LLC, available this fall, which automatically launches after you submerge, and calculates and monitors dive parameters), set up a stopwatch, or drop waypoints—geographical pinpoints—along your route.

Coupled with dual-frequency GPS, the waypoints feature allows anyone from hikers to people living in dense urban areas to accurately document the locations they’ve been to and retrace the route they took in case they get lost. Although I didn’t go into the woods to test the GPS system, the working of the function felt intuitive. One push on the action button will drop a pin on the location you’re at, and a simple scroll of the crown on the watch’s right side can take you to the previous point you dropped. Selecting the “Backtrack” function within the Action Button app will map the route you’ve taken.

The regular Apple Watch Series 8 also has the upgraded compass that allows waypoint dropping and backtracking, but it requires more manual maneuvering without the action button—which is probably fine for many folks who don’t worry about getting lost in the wilderness on a regular basis.

In a noisy environment—say, because of the harsh wind on a mountaintop or the hustle and bustle of a big city—the Apple Watch Ultra has an upgraded microphone system to pick up your voice for clear phone calls, as well as a new speaker that can blast a loud emergency siren that Apple says can be heard up to 600 feet, or 180 meters, away. (The demonstrator at the presentation said it was too loud to test there.) Another lifesaving function, also available for the Series 8, is a new sensor to detect a car crash and notify emergency services.

Along with older features for tracking sleep, ECG, heart rate, and blood oxygen, both watch models added two sensors, one on the back of the device and the other inside and behind the display, to discern changes in body temperature. Apple pitches the feature as a family planning tool: By wearing the watch all the time, women can track their ovulation cycles (after it analyzes at least two months of temperature readings) and decide on the best time to get pregnant. The idea seemed cool, but I have reservations about wearing a chunky device on my wrist to bed. And to voluntarily relinquish so much data and control to a piece of technology gave me a bit of Black Mirror flashbacks.

The Apple Watch Ultra, priced at $799, can also sustain 36 hours of battery life, or 60 hours on a low power setting, endure temperatures from -4F to 131F, and remain water-resistant to a depth of 100 meters.

As mentioned, Apple is prioritizing the “lifesaving” aspect of many of the new features. All the iPhone 14s are capable of sending an emergency SOS via satellite (the service will be available in November). That means even without Wi-Fi or cellular data the phones can make emergency calls using satellite technology. They also have a crash detection sensor that will alert emergency services if you’re in an accident.

Other than the lifesaving functions, there are cool features like setting up multiple lock screens, taking better photos in low light, and more stabilized action videos. I tested the autofocus front camera while uncomfortably taking a selfie under the gaze of a model dressed in all kinds of shades of green, who eventually joined me in a photo and exclaimed, “Look, it can focus on both of us.” It did. In a dim-lit room, I captured another model’s bored face with cameras on both an iPhone 14 Plus and iPhone 14 Pro. The trio of cameras balanced the dark purple and brown colors while showing the person clearly.

The iPhone 14 (from $799) and iPhone 14 Plus (from $899) seem like a standard upgrade from the iPhone 13—including better 12-megapixel wide cameras and different colors (midnight, blue, starlight, purple, and (PRODUCT)RED). Apple offers a 6.1-inch and 6.7-inch screen, respectively, for the two identical designs and eliminated the Mini option.

In comparison, the most exciting features are packed in the pricier iPhone 14 Pro and iPhone 14 Pro Max. Available in a 6.1-inch and 6.7-inch screen, the two cost at least $999 and $1,099, respectively. A notable addition is the pill-shaped black area at the top of the screen, where the speaker and front camera are located. Apple calls it the Dynamic Island. It’s a multitasking tool that helps people track what they’re doing. Say, if you’re listening to music and need to switch to another app, the music app will be automatically shifted up to the island. You can later expand the island to change songs or pause the music. You can also glance at it for a phone call’s duration and an animated waveform of the audio; a voice memo’s recording; a timer’s progress; or see a combination of apps working in the background.

The camera system is a big deal for the iPhone 14 Pro and Pro Max, which each have three cameras in the back. The main wide camera is 48 megapixels, a monumental boost from 12 megapixels for the iPhone 13 Pro.

And the Fitness app that used to appear on your iPhone only after pairing with an Apple Watch? It’ll show up on your home screen once you upgrade to iOS 16, even if you don’t own an Apple Watch. The Fitness+ tab within the app (coming this fall) is filled with workouts, meditations, and motivational episodes. New Apple Watch buyers get Apple Fitness+ for free for three months (existing owners get one month free), then the subscription is $9.99 a month or $79.99 annually.