The stock market is crashing, but 10 stocks have seen gains of more than 30% this year. And 7 of them are in a single sector 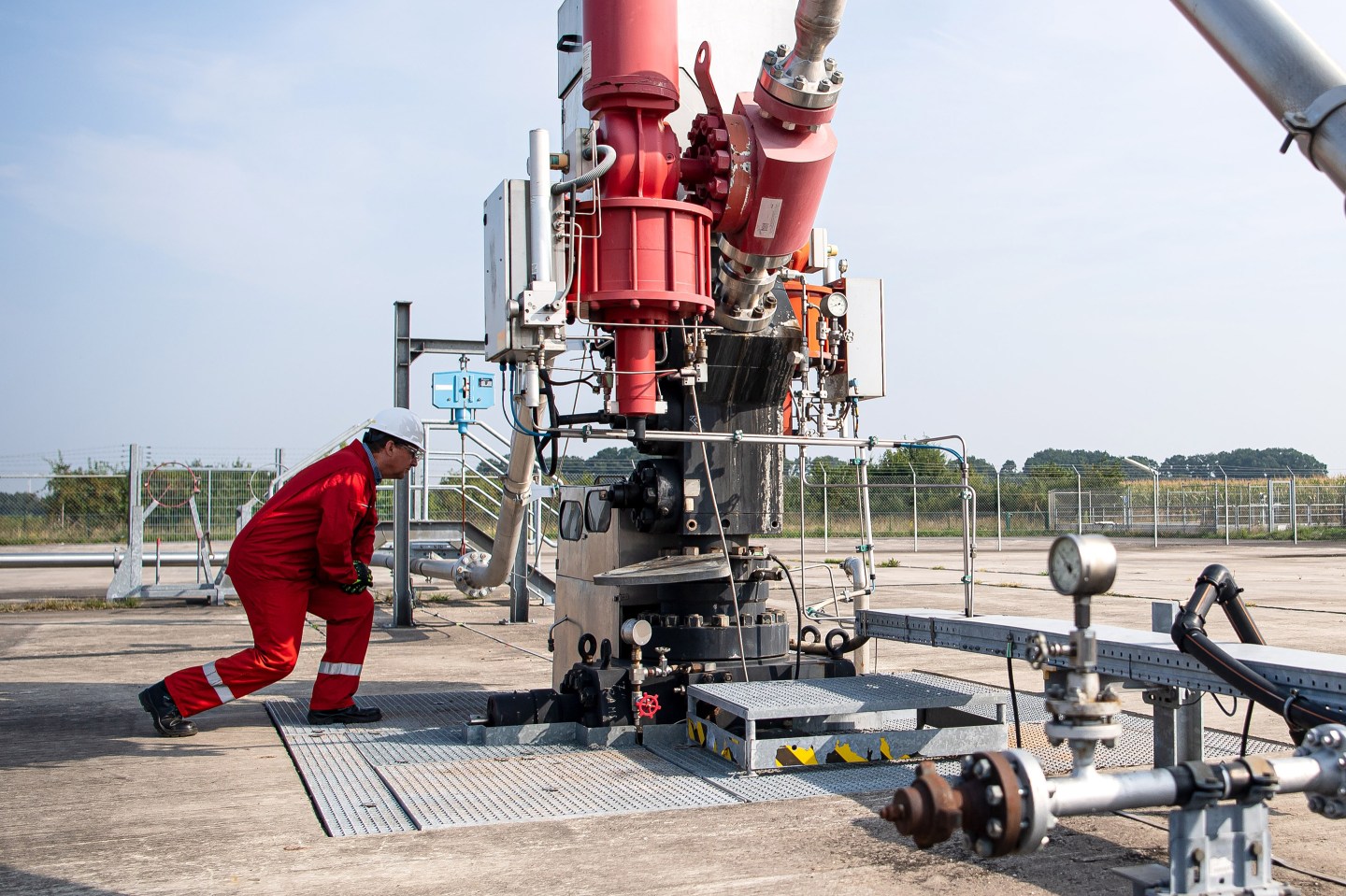 A glance at the S&P 500 shows you that that 2022 has not been a prosperous year for a broad array of stocks—the index is down 24% year to date. Yet some stocks have managed to defy market gravity. Who are the winners? We examined the top performing stocks from January of 2022 to now to find out. One key trend? Energy has been a huge win for investors this year.

Despite corporations and nations alike increasingly emphasizing their goals to rely less on fossil fuels, in 2022 oil companies are on track to reap huge profits. The energy shortage created by Russia’s invasion of Ukraine triggered a spike in oil prices internationally, and the commodity became more valuable than ever. “The world economy is not ready to abandon fossil fuel,” explained Craig Brothers, senior portfolio manager at Bel Air Investment Advisors. “Russia provides 41% of Europe’s natural gas needs which is critical to heat homes in the winter.”

In March, oil prices spiked to a record high of over $130 per barrel, leading many companies to lock in fat profits. Eight out of the top 10 stocks in the S&P 500 (as measured by stock price appreciation) are energy companies, and 7 out of 10 are oil producers.

Will energy stocks keep going up? According to financial advisors who spoke with Fortune, the sector is still positioned for an upwards trajectory even as stock prices have declined slightly from market highs this summer. “I find that many investors are still under-exposed to the energy sector, and not just oil and gas, but green energy as well,” Adrian Helfert, chief investment officer at Westwood, told Fortune. Brothers thinks energy costs will remain inflated. “We expect higher energy prices to persist and prevent inflation from returning to the Fed’s goal of 2%,” he said. The S&P 500 energy group has been up 26.5% year to date. Here are the top performing stocks so far this year.

Occidental has garnered investor attention in the past few weeks, and for good reason. The American oil and energy company’s stock has leapt amid market volatility; Warren Buffet’s <a href="https://fortune.com/2022/09/21/vicki-hollub-warren-buffett-ceo-occidental-petroleum-shares-leadership-strategy-women-fortune-500/">Berkshire Hathaway received approval to increase its stake in the company to 50% in August. The company brought in revenue of $10.74 billion last quarter, an increase of 79% from the year prior. While the stock has been down 20% the last month, it is still the stock that has appreciated the most in 2022. On December 31, 2021, its stock price was at $29. As of September 27, it’s listed at $58. The share price reached a high of $75 per share on August 29.

While oil companies may have dominated earnings season this year, this solar panel producer company has defied the headwinds of the bear market to see huge market gains. The company reported strong earnings this summer, with its revenue rising from $316 million in the second quarter of 2021 to $530 million in the second quarter of 2022. Its stock price rose from $183 in the end of 2021 to a high of $321 on September 14. The stock has rose 54% year to date and now sits comfortably at $284 per share as of market close on September 27.

American oil company Marathon’s stock rose from $64 per share at the start of the year to a high of $114 on June 7. The stock has no leveled off to a price of $90 as of September 27.

McKesson, a medical supplies distributor, saw its share price rise from $249 per share at the beginning of the year to a high of $374 on August 16. The company is the country’s largest drug distributor and helped administer 246 million doses of the Covid-19 vaccine as of December 2021. In 2022 so far, McKesson’s stock has increased 38% and as of September 27 is listed at $341.

ConocoPhillips, another American oil producer, saw its share price rise from $72 in December 2021 to a high of $123 per share on June 7. As of September 27, the stock has fallen to $99 per share, representing a 36% increase since the beginning of 2022.

ExxonMobil, the American oil behemoth, saw its share leap from $61 at the end of 2021 to $105 on June 8. Now, the stock stands at $86 per share as of September 27. The stock has risen 35% year to date, tracking a similar growth rate to other oil companies.

Hess’s stock follows the pattern American oil companies took this year—its share price climbed from $74 at the end of last year to a high of $130 per share on June 8. As of September 27, the share is at $101 per share—a 32% increase year to date.

Nielsen Holdings, the data and analytics collection company, saw its share price increase 32% year to date. Its stock is currently listed at $28 per share as of the closing of the market on September 27.

At the beginning of the year, oil producer Valero’s share price was listed at $75. At its stock’s high on June 7, shares traded at $145 per share. Now the fuel producer’s stock is listed at $101 per share.