‘Short the pound’ was the hot play for UK hedge funds, with some closely connected to the government. Up next: Investigation? 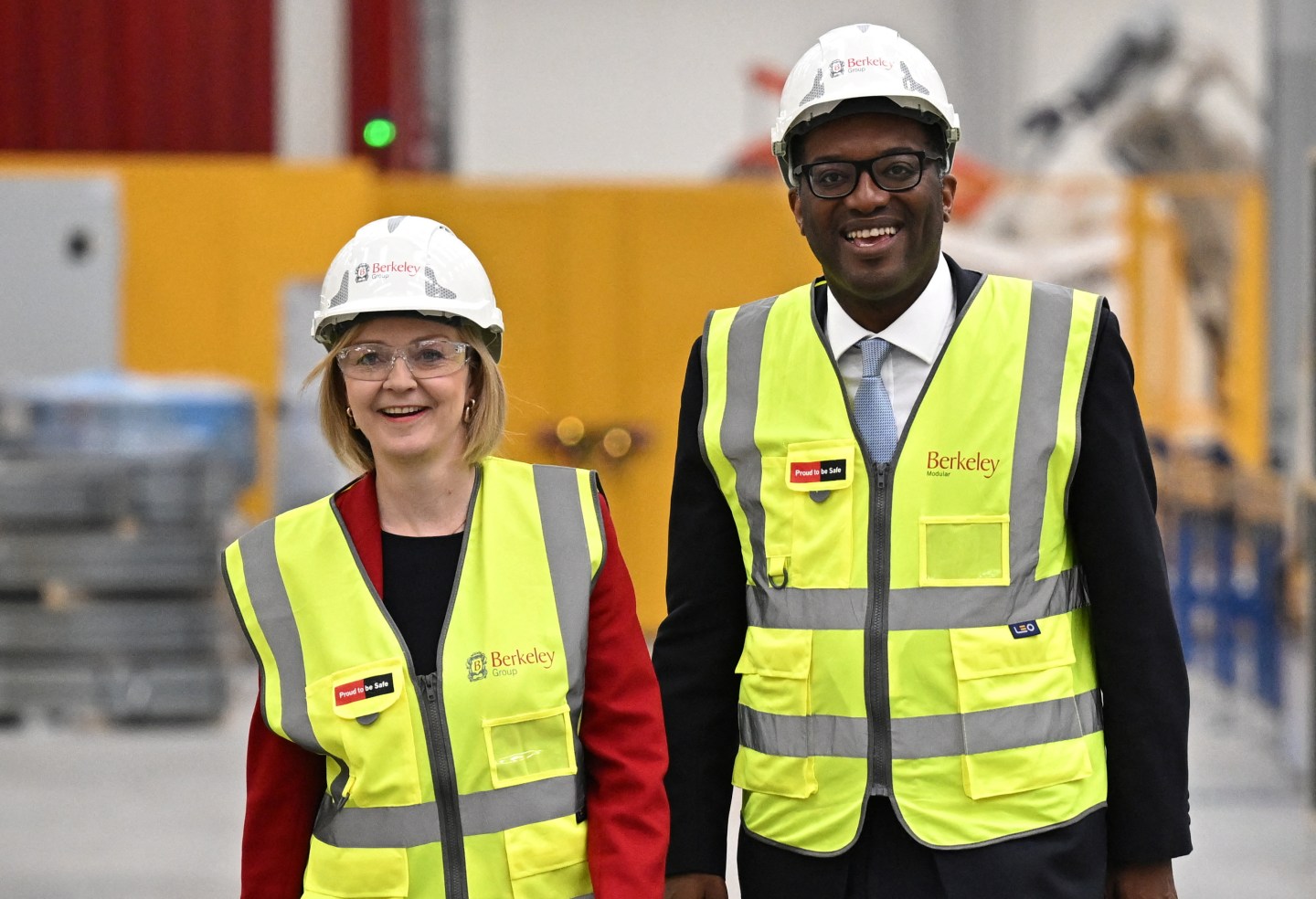 Hedge funds have reportedly made a fortune shorting the pound ahead of profligate tax cuts proposed by UK Prime Minister Liz Truss and her head of the Treasury, Chancellor Kwasi Kwarteng.
Dylan Martinez—WPA Pool/Getty Images

Just over 30 years after legendary investor George Soros became a billionaire by shorting the pound, hedge funds were at it again this weekend.

Early on Monday, the U.K.’s currency nearly reached parity with the dollar, a once-unthinkable and record-setting descent that was a continuation of the market’s dramatically negative reaction on Friday to the new Conservative Party’s budget proposal. Deutsche Bank said it was the third worst day for sterling since Soros’ famous bet in 1992, with only its 3.7% plunge following the first wave of the COVID pandemic and the 8.1% plunge after the Brexit vote being worse.

Soros was a relative rebel and outsider, though. What’s different this time is that U.K.-based hedge funds with close links to the U.K. government seem to have made out with massive paydays—and now may face investigation over whether they were leaked information the rest of the market never received.

In the week to September 20, investors had actually ramped up their bullish bets on the pound to their highest level since March, Bloomberg reported, citing data from no less an authority than the U.S. Commodity Futures Trading Association.

Shorting the pound seemed quite obvious to many onlookers. No less an authority than Danny Blanchflower, a former policymaker for the Bank of England, posted on Twitter on September 20 that shorting the pound would only be sensible, given how strenuously he disagreed with Truss’ policies.

But that was before Friday and Monday’s carnage. According to a report in The Times, a newspaper not known for criticizing the center-right Tories, the only recently sworn-in Prime Minister Liz Truss had hosted a dinner for hedge fund managers shortly before her spending plans sparked a selling frenzy in sterling and gilts. “They were all supporters of Truss and every one of them was shorting the pound,” a source told Rupert Murdoch’s London daily.

The rest of the market seems to have been caught wrongfooted by Truss and Kwarteng’s “mini-budget”, which despite its unassuming name proved to have a “seismic” impact. It contained £45 billion in new borrowing for tax breaks alone in a bid to revitalize an economy facing recession.

That may be due in part because the spending plan announced by Kwarteng on Friday amounted to a wholesale reversal of the previous budget under his predecessor, Rishi Sunak, a fellow Tory MP.

Yet the useful function they serve can be abused if they are privy to information that turns a risk-weighted bet into an all-in gamble that can destabilize markets if enough pile into the trade.

And a pile-in it certainly was. And now Truss’ party is starting to get angry.

Labour opposition has called on the U.K. securities market regulator to probe whether the budget had been leaked to investors with privileged ties to the government.

“The Financial Conduct Authority should investigate any possible wrongdoing to determine whether it is possible that leaks or information provided by this Conservative government to its wealthy friends contributed to the pound’s collapse,” Labour’s Tulip Siddiq told the The Evening Standard.

It likely didn’t help that the director general of the Institute of Economic Affairs told ITV’s “Good Morning Britain” he had a good inkling of what government policies were still yet to come under Truss.

“If you thought the mini-budget was a maxi budget, I would say brace yourselves because you’re going to see a flurry of announcements on the supply side of the economy, deregulating enormously,” said Mark Littlewood, who acknowledged Truss was a frequent visitor to his think tank.

The budget has been slammed as “Kami-Kwasi economics” since the U.K. is dependent on attracting money from abroad to fund its import demand, so a weaker pound fuels inflation.

To stabilize its sagging currency, investment banks are now speculating whether the Bank of England will need to announce an emergency rate hike as the world’s fifth largest economy is quickly earning comparisons to more volatile emerging.

Sky News has since reported an unnamed Tory MP as saying some of the party’s backbenchers have officially submitted letters of no confidence in her one month-old government.

“Perhaps it was the unabashed revival of trickle-down economics that had markets a little aghast,” Deutsche Bank said.

UBS, meanwhile, warned the unfunded tax breaks will come out of added borrowing. As a result the total amount of UK government debt the private market will have to absorb over the next 18 months is almost the same as over the previous 54 months.

“The only major difference,” he wrote at the time, “there is no currency crisis.”