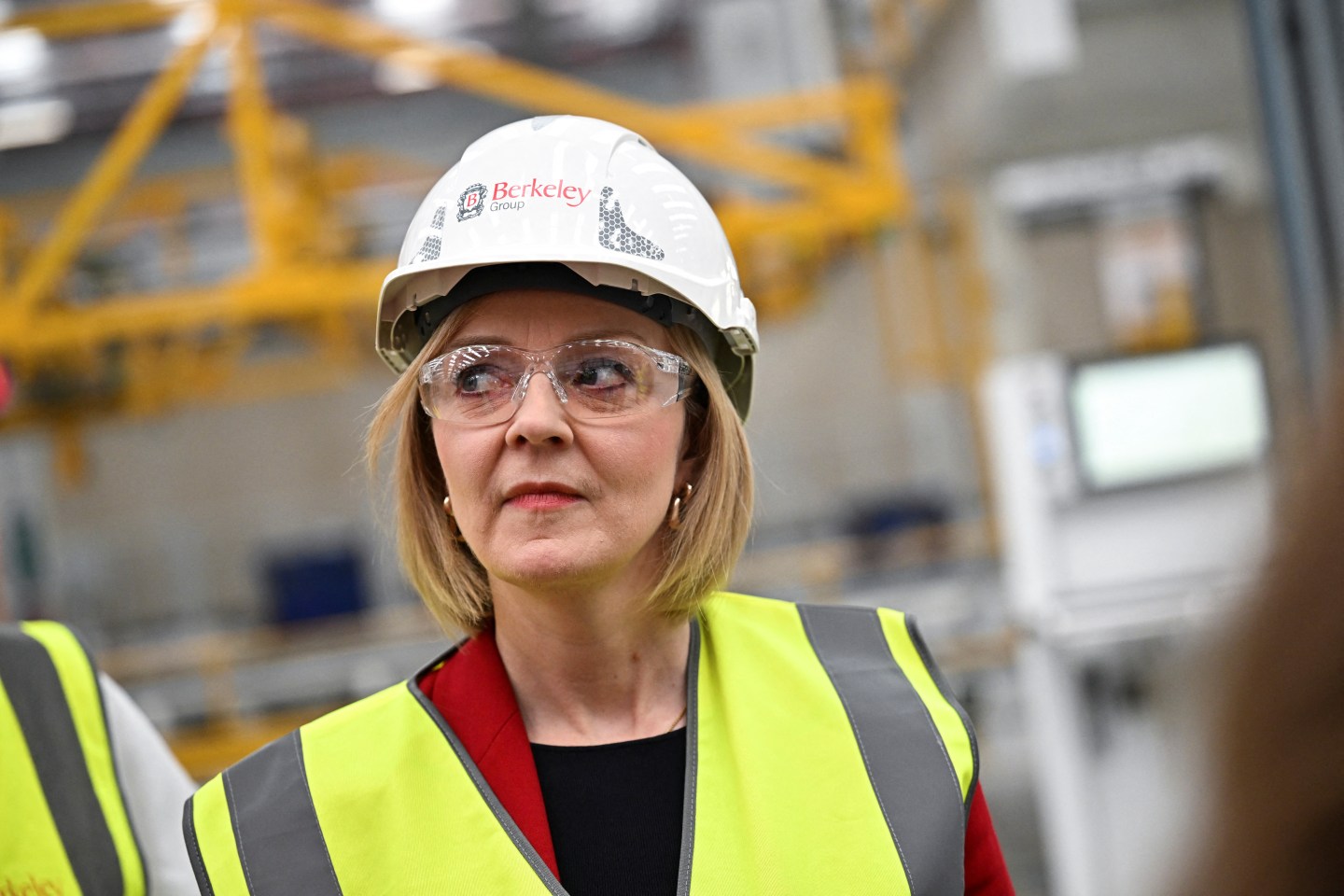 Bank of England Governor Andrew Bailey is under intensifying pressure to serve as a line of defense for rattled financial markets amid calls to hike interest rates aggressively, perhaps as soon as this week, after the new government’s tax-cutting spree.

Economists at JPMorgan Chase & Co. and Citigroup Inc. now expect the central bank to lift rates by 75 basis points at its Nov. 3 meeting. Traders are pricing in a 100-basis point salvo and some see another massive increase in December.

An analyst at Deutsche Bank AG said the central bank needed to act in coming days “to regain credibility with the market.”

Although JPMorgan economist Allan Monks said an emergency move was “unlikely,” he called on Bailey to “deliver an assertive and hawkish speech prior to November to offer some reassurance to visible nervousness in markets.”

Former BOE policy maker Adam Posen tweeted the governor should say “publicly by mid-week” that if sterling is down, rates will go up.

Behind the call to arms: Friday’s tax-slashing, borrowing-boosting budget from Prime Minister Liz Truss’s nascent government, which is seeking to jolt economic growth. That plan sent the pound sliding to its lowest since 1985 and bond yields surging at a time when inflation is already its fastest in four decades and around double-digits.

Monks said a “rushed emergency hike” would risk encouraging the public to begin blaming loose fiscal policy for surging prices and perhaps serve as the “ultimate arbiter of whether the government succeeds with its current strategy.”

“We are not sure Bailey would be prepared to do that,” he said in a report to clients.

The bank has already come under fire this year from politicians, including Truss, who blame it for allowing inflation to get out of hand, so it may be reluctant to be seen passing judgment on the government’s new stimulus so quickly.

Bailey is not currently scheduled to speak publicly this week, although a number of other BOE officials, including Chief Economist Huw Pill, are making appearances.

Still, the bank must make a “strong signal” that it’s “willing to do ‘whatever it takes’ to bring inflation down quickly and real yields into positive territory,” said George Saravelos, the Deutsche Bank analyst. It must be concerned about “regaining market confidence, fast,” he said.

It’s already been a tough year for Bailey, who took the helm of the central bank in 2020.

While the BOE began raising rates last December, three months before the US Federal Reserve, it’s drawn criticism from Truss and other politicians as well as some economists for not acting sooner to counter a cost of living crisis that now looks set to be accompanied by a recession.

In her campaign for the premiership, Truss indicated plans to review the central bank’s mandate for keeping inflation at 2%. Now in office, she has yet to carry through on that threat and Chancellor of the Exchequer Kwasi Kwarteng said Friday that the BOE’s independence from government is “sacrosanct.”

But fresh tensions were building between Truss’s allies and central bankers even before the tax cuts were formalized.

“The Bank of England’s messaging is very bizarre,” Lyons told Bloomberg Radio on Friday. “They have a self-made credibility gap.”

The Fed and European Central Bank have delivered such increases this year, but a a 75-basis-point shift hasn’t been seen in the UK since 1992’s failed effort to keep the pound in the precursor to the euro. The BOE has never acted as aggressively in the 25 years it’s been independent.

–With assistance from Philip Aldrick and Libby Cherry.