STDs, drunk driving and quiet quitting: The end of the pandemic is revealing an America that’s acting out 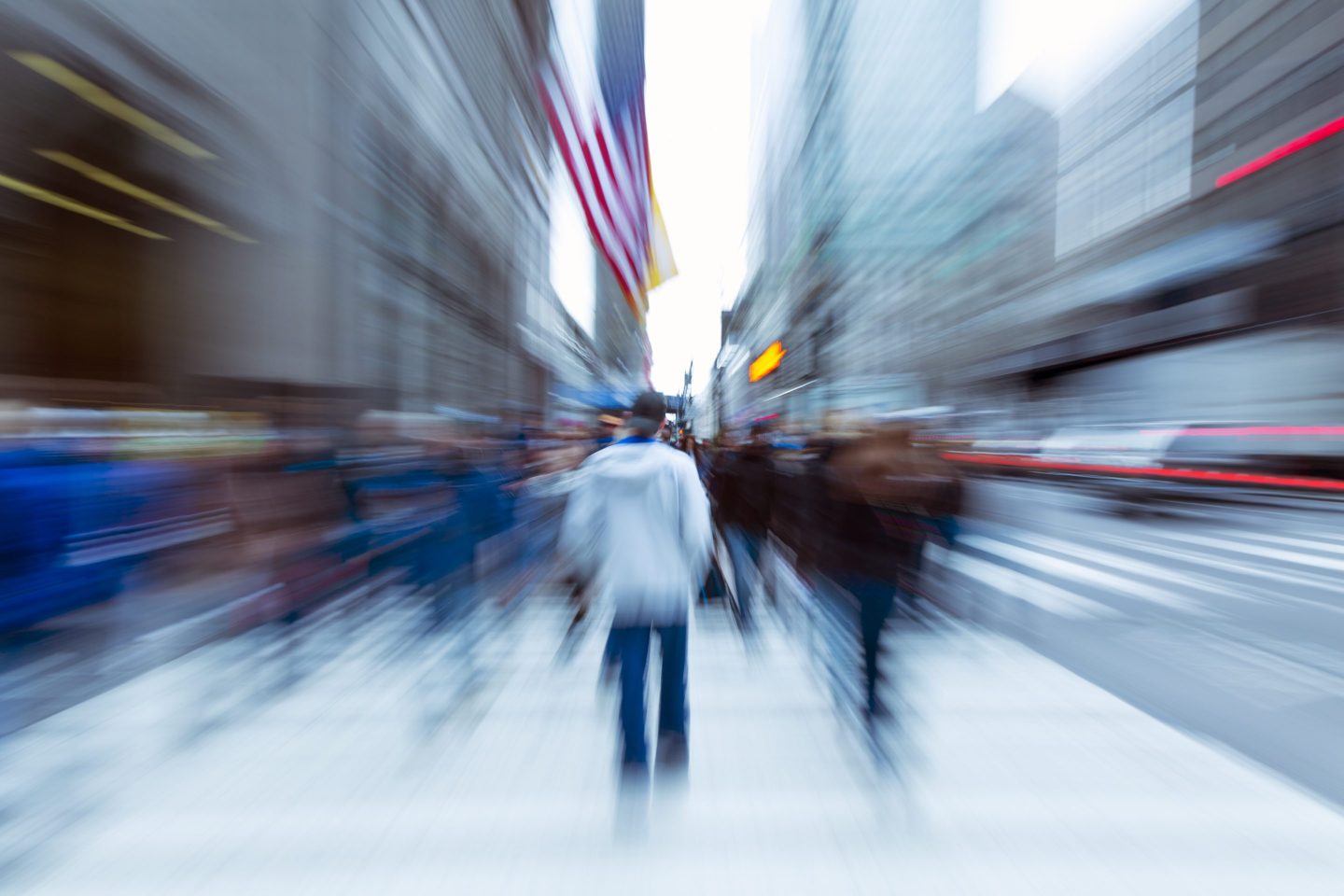 Are we back to normal yet?
Bim—iStock/Getty Images Plus

Not only did Joe Biden say “the pandemic is over” a week ago, but Jerome Powell, the Federal Reserve chair whose hawkishness is roiling markets, said shortly afterward that the economy is now moving towards a “new normal.”

If you grant that the pandemic is ending and that a new normal is here, what does that look like? The early signs are: not very good.

The pandemic forced many Americans into constrained ways of working and socializing. Interactions generally became more limited, outside of Zoom and occasional confrontations over mask policies. Americans now really are interacting more and holding back less, proving both Biden’s and Powell’s words true, and the results aren’t so pretty. From the remote-work wars to “crisis” levels of automotive violence and new STD infections to the well-documented sense of “burnout” inside and outside the workplace, the pandemic is pulling back to reveal an America rife with bad behavior, coming apart at the seams.

In the workplace, bosses and employees increasingly spar over what the “place” should be. CEOs, often from the boomer generation, tend to demand workers return to the office—if not straight back to pre-pandemic routines then at least clocking in a few days a week. The “hybrid” approach draws complaints, too, with Yelp CEO Jeremy Stoppelman in June calling it “the hell of half measures” and the “worst of three options.”

Many workers, led by the vocal Gen Z, demand fully remote work in response, countering that they’re more productive at home without the office distractions and time-consuming commutes (and much of the working portion of Gen Z only knows a remote work world of work). Middle managers, for their part, resent getting hit by the crossfire.

Trying to be heard over the fray are public health officials worried about the possible emergence of new, dangerous COVID variants. “We have so little experience with coronaviruses and how they play out,” Dr. Michael Osterholm, an infectious disease expert at the University of Minnesota, told Fortune this week. “We’re kind of in limbo land right now.”

Meanwhile headline-grabbing clashes between corporate bosses and union organizers, including at Amazon and Starbucks, enhance the sense of confrontation. In some cases, unions are helping to fight return-to-office mandates, and Americans increasingly view them in a favorable light.

This week, federal labor regulators accused Amazon of singling out union organizers for discipline, while the company called the allegations “completely without merit.” And an employee who helped lead a union campaign at Starbucks accused the coffee giant of forcing her out in retaliation. Workers United accused the company, which denied the charge, of applying scheduling and availability policies in a discriminatory manner against Jaz Brisack, leading to her separation from the company.

Americans are free to move about the country again: Be afraid

Outside of work, Americans are letting loose more. One upshot is an uptick in sexually transmitted diseases.

“People are feeling more liberated,” Mike Saag, an infectious disease expert at the University of Alabama at Birmingham, told the Associated Press this week.

That followed a speech Monday by Leandro Mena of the U.S. Centers for Disease Control and Prevention, in which he called expanding STD prevention in America “imperative,” with the rate of syphilis cases last year reaching its highest since 1991. A surge in monkeypox cases further highlighted the worsening problem of diseases spread mostly through sex.

The situation is “out of control,” David Harvey, executive director of the National Coalition of STD Directors, told the AP.

Also out of control, the National Transportation Safety Board said this week, are roadway deaths in the U.S., which it said are at crisis levels despite a slight second-quarter drop. Nearly 43,000 people were killed last year, the greatest number in 16 years, as Americans returned to roads after pandemic stay-at-home orders.

The agency recommended Tuesday that all new vehicles in the U.S. be equipped with blood alcohol monitoring systems that can stop an intoxicated person from driving. A significant portion of roadway deaths are alcohol related—about 30% in 2020, according to data from the National Highway Traffic Safety Administration. “We need to make sure that we’re doing all we can to save lives,” said NTSB Chairman Jennifer Homendy.

Accidents surged during the pandemic as less-congested roads spurred riskier driving. Michael Brooks, executive director of the nonprofit Center for Auto Safety, told the Associated Press this week: “What it may be is that we’re seeing an easing of some of the issues that were caused by the pandemic—speeding, open roads, risky driving issues. Traffic is returning to normal [but] the fatality rate is still very, very high.”

Meanwhile, after years of prioritizing workers’ well-being during the pandemic, some corporate leaders are suffering from “do-gooder fatigue,” as one executive headhunter described it to the Financial Times, adding, “The feeling is, we need to get back to business.”

But overlooking burnout and mental health among employees could backfire. While remote work became the norm during the recession, it also blurred the lines between home and work life, leading to burnout as employees juggled their workload with childcare and other challenges.

Teuila Hanson, LinkedIn’s chief people officer, warned earlier this year that organizations need to make mental health a top priority as employee burnout reaches “historic levels” and the “Great Reshuffle”—workers “reconsidering not just how they work but where and why”—transforms the workplace.

According to research from global recruiter Robert Walters, three major “living crises” will further drive the Great Reshuffle: the rising cost of living, a post-pandemic mental health “time bomb,” and the prioritizing of purpose over profession.

“The crucial act here is for employers to listen and play an active role in alleviating some of the personal issues in employees’ lives before they reach that irreversible crisis point,” said Chris Hickey, CEO of Robert Walters North America. ”Companies need to be more in tune with the issues impacting their employees if they want to avoid the Great Reshuffle.”

Detecting those issues isn’t always easy. Lime Group, a health insurance firm, has warned about “pleasanteeism,” a phenomenon in which workers, when returning to the workplace, put on a brave face and present the very best versions of themselves. That, says the company, can undermine efforts to promote an open dialogue about mental health in a work setting.

“Businesses are sleepwalking into a mental health crisis,” the firm warned.

Generation Z seems particularly attuned to the dangers of burnout, and many “zoomers” have embraced the idea of “quiet quitting”—basically, performing your duties, but not taking on extra duties outside a role’s description or working extra hours. They tend to favor happiness over productivity and a career detached from their identity.

For companies, “the well-being of employees is central to the bottom line,” Arianna Huffington, CEO of Thrive Global, a behavior change technology firm, said during Fortune’s Reimagine Work Summit last year. Employers need to be more flexible with not just where, but also when employees work, she said: “We are now beginning to realize that the human operating system is different. Downtime for the human operating system is not a bug, it’s a feature.”