IMF head concedes, ‘We were proven wrong’ about inflation. Says central bankers must be ‘stubborn’ in fighting it 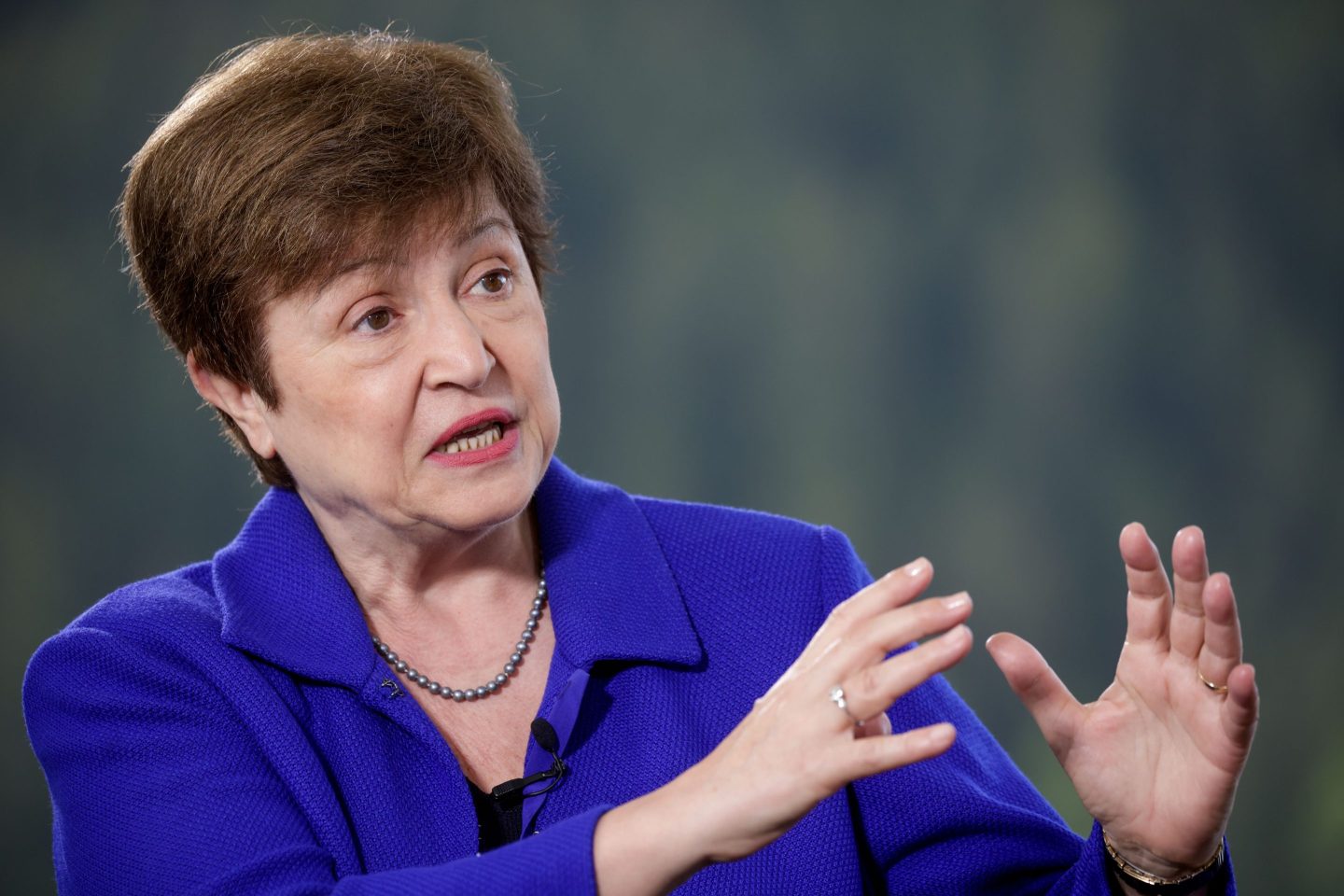 The director of the International Monetary Fund thinks that inflation has proved more “stubborn” than expected, and that the world’s central bankers need to be just “as stubborn in fighting it.”

Inflation “is more broad-based than we thought it would be,” Kristalina Georgieva said during a Wednesday event with François Villeroy de Galhau, France’s top central banker.

Georgieva added that economists were more upbeat last October, pointing to high economic growth and COVID vaccinations. But, she said, “we were proven wrong: wrong when Omicron hit, wrong when Russia invaded Ukraine, wrong when during this summer, climate shocks [affected] agricultural productivity,” she explained.

The IMF chief’s mea culpa matches similar admissions from other economists and central bankers that they were wrong about inflation being a passing phenomenon. Both U.S. Federal Reserve Chair Jerome Powell and Secretary of the Treasury Janet Yellen predicted inflation would be “transitory” for much of 2021, before retiring the phrase late last year. Yellen told CNN earlier this year that she “was wrong about the path inflation would take.”

Georgieva herself told Reuters in May that the Omicron wave convinced her that inflation would not be a temporary phenomenon.

Economists predicted that inflation might start to cool in the summer, following aggressive rate hikes in the U.S., the U.K., and elsewhere and a fall in gas prices. However, continued higher-than-expected inflation shows that prices are rising across a broad swath of the economy.

On Tuesday, the U.S. Department of Labor reported that prices increased by 0.1% month on month. An increase in the cost of food, rent, and other goods offset a fall in gas prices. Core CPI, which excludes gas and food prices, increased by 0.6% from the previous month.

The European Union reported 9.1% inflation year on year for August, primarily driven by a whopping 38.3% year on year increase in the price of energy. European countries are facing the prospect of energy rationing heading into the winter.

Yesterday, the U.K. reported 9.9% inflation year on year for August, a slight decrease from the 10.1% year-on-year increase reported the previous month. The Office for National Statistics said the slight cooling of inflation was due to a fall in gas prices, even as U.K. food prices continued to rise.

After the higher-than-expected inflation report, economists see a greater chance that the U.S. Federal Reserve will enact a steep interest rate hike at its September meeting, with some analysts now predicting a full percentage point increase. Investors took the U.S. inflation news badly on Tuesday, sparking a market selloff not seen since June 2020. (Stocks recovered slightly on Wednesday, with the S&P 500 inching up 0.3%.)

The European Central Bank raised its interest rates by 75 basis points on Sept. 8, and pledged to raise them even further to battle inflation. Central banks in Canada and Australia also raised interest rates, by 75 and 50 basis points respectively, earlier this month.

Economists also predict that the U.K. will raise interest rates by 50 basis points next week, following a 50 basis point hike in August.

IMF director Georgieva said on Wednesday that “if central banks do their job well,” inflation might recede by next year. Yet she also shared concerns that “if fiscal policy is not targeted sufficiently,” government stimulus might work against central banks’ drive to combat rising prices.