Alphabet, Meta and Snap have a shared threat unlike any they’ve faced before. Why TikTok is keeping the world’s most powerful CEOs up at night 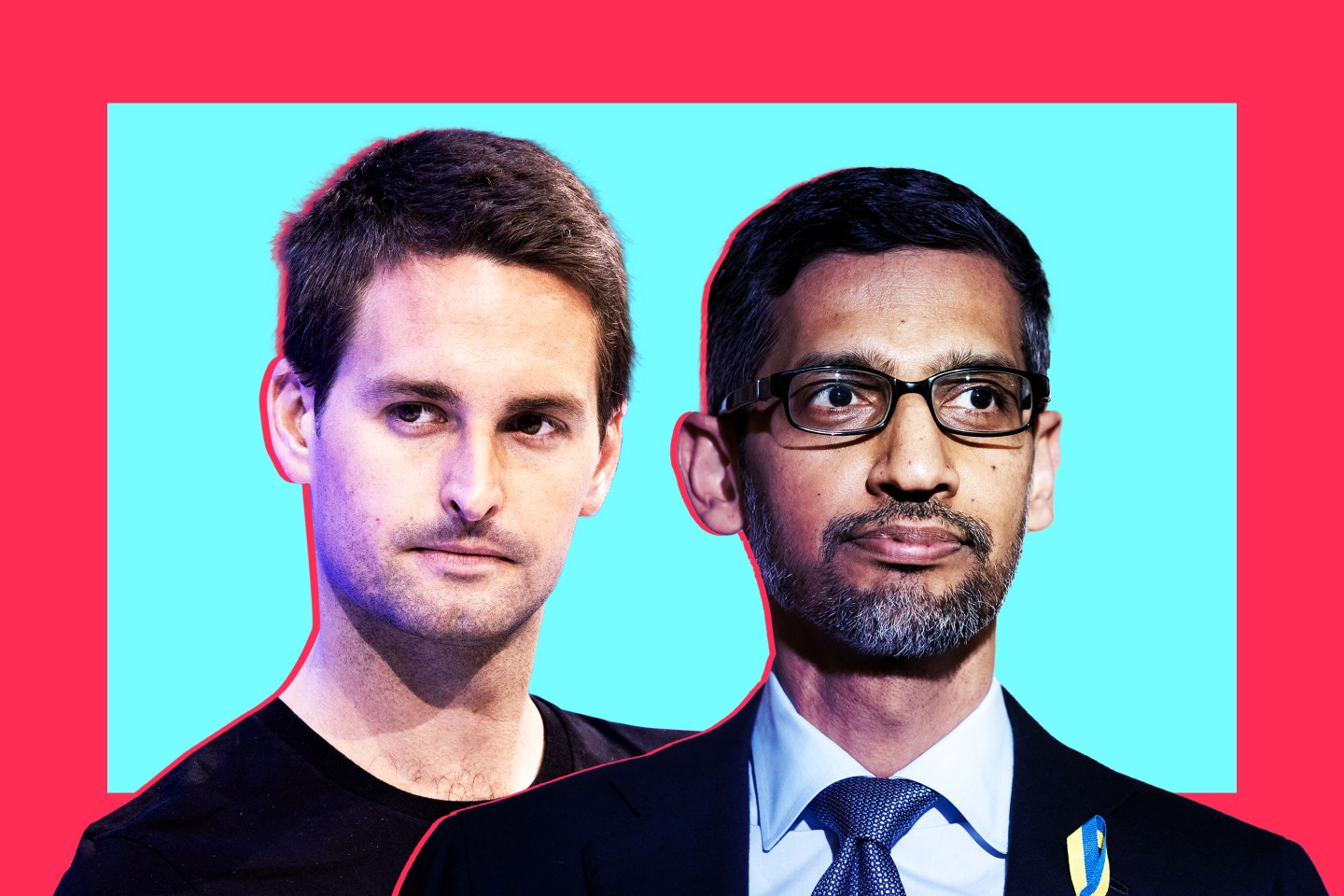 When Alphabet CEO Sundar Pichai spoke at a tech conference in Los Angeles last week, he pointed to the threat his company faced from a plucky upstart that had come “from nowhere.”

“None of us were talking about TikTok three years ago,” Pichai told the audience at the Code Conference, describing the popular Chinese social media app as one of Alphabet’s “emerging” rivals.

A day later, when Snap CEO Evan Spiegel mentioned TikTok at the same conference, he seemed to be talking about a completely different company. To hear Spiegel tell it, TikTok was a colossus, spending “billions and billions and billions of dollars” to grab market share and steal users from apps like Snapchat.

The two seemingly contradictory assessments underscore the extent to which the Chinese video-sharing app has captured the attention, and the fears, of Silicon Valley’s most powerful players. They may not agree on the specific nature of the TikTok threat, but the tech industry’s dominant companies are united in their belief that their young competitor from overseas is a clear and present danger unlike any they’ve faced before.

With more than 1 billion users, TikTok has risen to the top tier of the world’s internet social media services in just a few short years. Its ownership by ByteDance, a Chinese tech company with ties to the government, has added a geopolitical twist to what might otherwise have played out as a standard shake-up in the competitive landscape.

Throughout Silicon Valley, the subject of TikTok is pervasive; at conferences and in company meetings, everyone has an opinion.

“It’s CCP spyware, and we are insane to allow it to operate in the USA—[it] has nothing to do with competition, everything to do with influence and security,” the entrepreneur and angel investor Jason Calacanis messaged Fortune when asked about Big Tech’s recent comments about TikTok.

“The algorithm on TikTok could easily tilt a couple of percentage points in an election here in the USA,” Calacanis said. “Or tilt sentiment toward the Ukraine war, or the independence of Hong Kong and Taiwan.”

TikTok’s ties to China have drawn scrutiny in the past, of course, most famously when former President Donald Trump sought to have the app banned in the U.S. That effort ultimately failed when a federal judge blocked the proposition. To many observers at the time, Trump’s anti-TikTok crusade was an overreaction driven as much by personal grievance as by purported security concerns.

But as TikTok’s momentum has continued to grow, and as relations between the U.S. and China have remained tense, the tech industry has become increasingly agitated over the video-sharing app. To try to blunt TikTok’s progress, the established tech companies have at times looked erratic, shifting from denouncing the company one day to imitating it the next.

In March, the Washington Post reported that Facebook parent company Meta had hired a Republican consulting firm to spread stories raising concerns about TikTok’s Chinese ownership. A few months later, in August 2020, Meta launched Reels in the U.S. (on Facebook and Instagram), a short-form video product virtually identical to TikTok. YouTube, the video website owned by Google, and Snap have each released their own TikTok equivalents, called Shorts and Spotlight, respectively.

Kids and advertisers alike are addicted to TikTok

None of those copycat features appear to have replicated the success of TikTok.

On Monday, the Wall Street Journal reviewed an internal research document that showed Instagram users watch Reels for a total of 17.6 million hours each day, which is less than one-tenth of the 197.8 million hours TikTok users apparently watch daily. The document also showed that about one-third of the videos shared on Reels were originally produced on another app, typically TikTok, and bear a watermark or border designating their origin.

Mark Cuban, entrepreneur and cofounder of Cost Plus Drugs, credits TikTok’s success to, among other things, its strategy of relying on artificial intelligence to identify and share videos rather than the traditional “social graphs” of friends and acquaintances used by Facebook, Twitter, and Snapchat.

“TikTok is shockingly agile. They go where the content takes them,” Cuban told Fortune.

Cuban points to licensing rights as a potential weak spot for TikTok. A deep-pocketed rival could lock up exclusive rights to music, movies, and sports, he said.

TikTok generated nearly $4 billion in revenue in 2021 and is projected to hit $12 billion this year, according to Bloomberg. That’s a fraction of the $28.2 billion in ad revenue that Facebook and Instagram parent Meta brought in from advertising in the second quarter of 2022, but advertising industry insiders say TikTok has the wind at its back.

Jason Rapp, a partner at strategy firm Whisper Advisors, told Fortune that Big Tech is right to be worried, whether it’s Disney and Netflix or Meta and Snap.

“It’s not just kids who are addicted to TikTok, and advertisers are paying attention,” Rapp said.

Meanwhile, America’s top consumer internet firms have been announcing layoffs in waves for months as the U.S. economy has slowed and as new privacy features by iPhone maker Apple have crimped the ability to profit from targeted digital advertising. Snap laid off 20% of its workforce in late August, and Meta began layoffs by randomly selecting them with an algorithm. That’s not to say TikTok is completely unaffected by the downturn; the firm conducted its own layoffs in July as a part of “companywide restructuring,” according to Wired.

With the specter of a U.S. government crackdown on TikTok looming, the established internet companies—who themselves are facing heightened scrutiny from antitrust regulators—may get a helping hand to fend off their Chinese foe.

TikTok insists that its app is run separately from the ByteDance mothership in China, and that no U.S. user data is shared with operations in China. But U.S. lawmakers and some industry insiders are not convinced. Companies like Facebook, Google, and Twitter are banned from operating in China. Calacanis, the angel investor, believes tech executives should be taking a similar stand against allowing China into the U.S. market.

But behind some of Silicon Valley’s TikTok obsession may be a recognition of the brutal reality of the internet business, developed and perfected on American soil. Consumer internet businesses rarely bounce back once users have moved on to the next hot thing. The list of fallen internet giants, including AOL, Yahoo, and MySpace, speaks to the rapid and inexorable decline that can strike even the mightiest consumer web businesses.

Cuban, who made his initial fortune selling a dotcom firm to Yahoo in 1999, knows the unforgiving nature of the internet business.

“All the other big social platforms have at one time or another seemed undefeatable,” said Cuban. “Now, they are losing audience to TikTok.”