Calls to ban TikTok on national security grounds are growing. So are claims of misplaced priorities 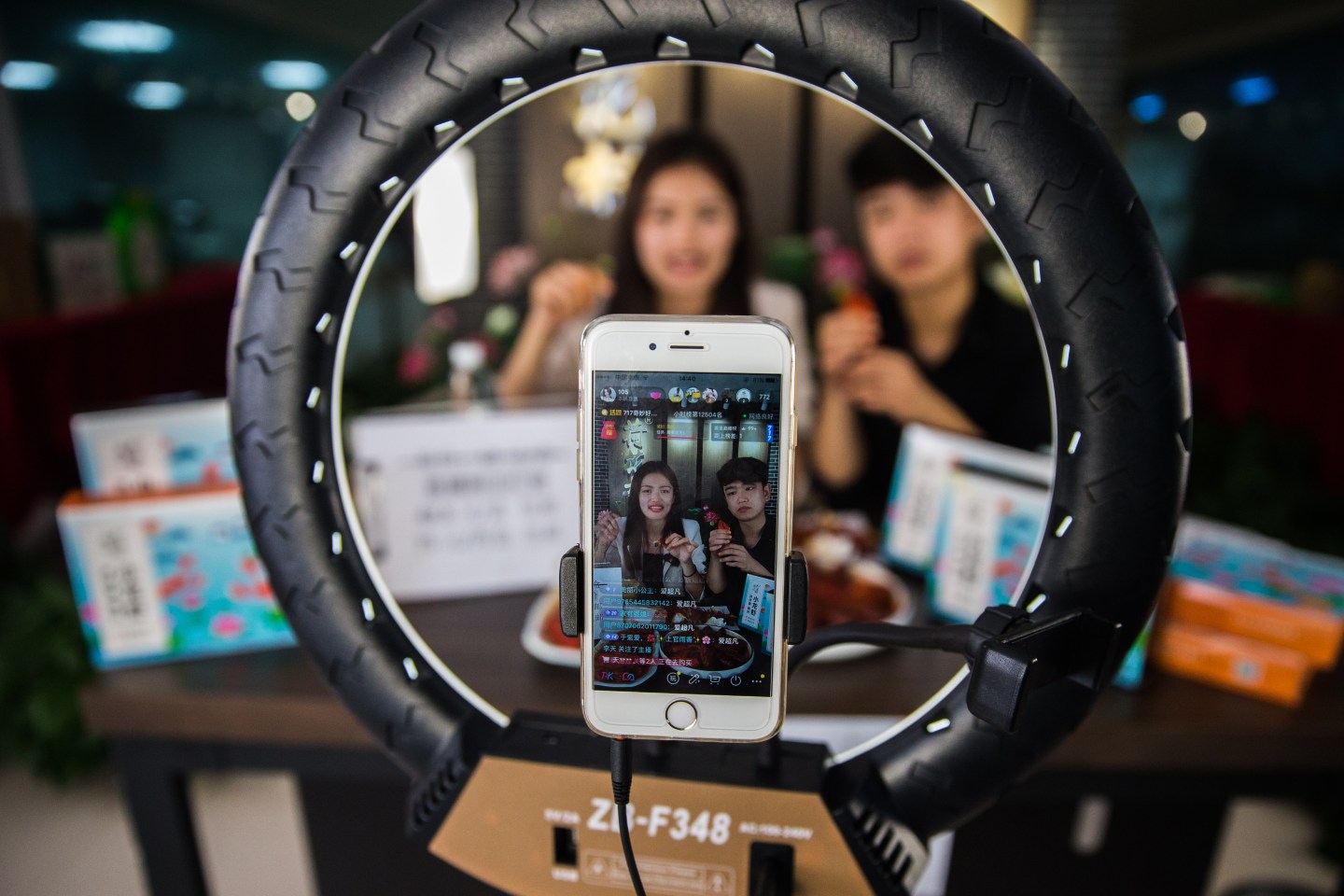 At the just-wrapped Code Conference, where a who’s who of Silicon Valley, media, and political bigwigs converged last week, one company dominated the conversation: TikTok.

As Axios and other news outlets reported, TikTok “was the talk of the annual gathering of tech world notables,” largely because of concerns about the social media app’s enormous influence (it boasts 1 billion–plus users worldwide) and its Chinese roots (the republic’s government has a seat on parent company ByteDance’s board and often exerts heavy-handed control over domestic companies).

The hullabaloo reflected the growing pressure on American policymakers to rein in TikTok, which evaded efforts by the Trump administration to ban it on U.S. soil. But the dialogue also kicked off a conversation among tech pundits that centered on a meaty question: To what extent should the U.S. feel comfortable with TikTok employing decidedly American tech tactics?

In response to Galloway’s comments during Code Conference and a subsequent episode Friday of HBO’s Real Time With Bill Maher, tech columnist Taylor Lorenz of the Washington Post and freelance tech journalist Karl Bode essentially argued over the weekend that fears about TikTok are overblown because American companies are engaging in similar—if not worse—conduct.

In a series of tweets Sunday tagging Galloway, Lorenz wrote that TikTok’s loudest critics “scapegoat and fearmonger” the app instead of “focusing on broader privacy and consumer protection laws, which would affect U.S. platforms like FB [Facebook].” Lorenz added that there’s “zero evidence China is pushing propaganda on TT [TikTok], nor is there evidence they’ve sought to.” (TikTok hasn’t been caught explicitly promoting pro-China propaganda to American users, though the Post reported in 2019 that former U.S.-based employees were instructed to demote and remove content censored by the Chinese government.)

“I think our problems are much bigger than TikTok, and a lot of it’s coming from inside our own house,” Lorenz wrote. “The focus on TikTok without clear evidence of wrongdoing just makes for a huge and convenient distraction (imo!). But I’m sure this will not be the end of this debate.”

Bode echoed much of Lorenz’s argument, writing in his own series of tweets that “the singular, myopic hyperventilation about TikTok in a country that couldn’t give any less of a shit about broader consumer privacy issues or the completely unaccountable adtech and data broker space is just dumb.” If the U.S. banned TikTok, Bode argued, the Chinese government could still accumulate vast amounts of information on Americans through companies that sell consumer data.

The downplaying of China potentially pushing pro-communist, anti-American content through algorithms (i.e., promoting or downgrading videos) neglects a legitimate concern, given the lack of transparency surrounding TikTok’s plumbing. (Axios did report in August that ByteDance is allowing Oracle to review its algorithms and content moderation systems for undue government influence.)

But their overarching point about the hypocrisy behind U.S. policymakers’ fears about TikTok merits attention.

TikTok has profited off our appetite for content driven by algorithms, which are (rightly or wrongly) subject to essentially zero government oversight. TikTok sucks up massive amounts of user data, little of which is protected under U.S. federal law. ByteDance uses extensive financial reserves from its other businesses to rapidly expand TikTok’s reach, just as tech giants have done in other sectors (think Amazon in logistics or Meta in virtual reality). And TikTok officials, in their quest to avoid Washington’s interference, spend millions of dollars engaging in a quintessentially American activity: political lobbying.

Meanwhile, a company like Meta has been accused of engaging in some of the very same conduct propelling fears about TikTok, often with minimal domestic repercussions. Facebook, through its platform, has helped facilitate genocide in Myanmar, foment domestic political divides, spread dangerously false information, and expose the personal data of tens of millions of users.

The autocratic Chinese government’s history of aggressive, manipulative behavior gives TikTok’s American critics sufficient standing to squawk about the app. But until the U.S. addresses its own pressing tech issues, their soapbox isn’t as sturdy as it could be.

Can’t reel in the competition. Meta’s internal research shows Instagram trails far behind TikTok when it comes to the amount of time users spend on each platform’s short-video feature, the Wall Street Journal reported Monday. The findings bode poorly for Meta as it emphasizes short-form video on Instagram and Facebook in a bid to stop TikTok’s rapid ascent. Company documents showed Instagram users are spending an average of 17.6 million hours per day on the platform’s Reels feature, a fraction of TikTok’s 197.8 million hours per day.

Digging in deeper. President Joe Biden plans to expand federal restrictions on semiconductor exports to China next month, Reuters reported Monday, citing several sources familiar with the matter. The Commerce Department has notified three chipmakers—Applied Materials, KLA, and Lam Research—that they will no longer be allowed to sell advanced semiconductor manufacturing equipment to Chinese companies, unless the firms get permission from federal regulators. The report comes one month after Nvidia and AMD disclosed plans for a federal export ban on some chips used in artificial intelligence computing.

Still not budging. Twitter deemed Elon Musk’s latest rationale for backing out of a $44 billion deal to buy the company as “invalid and wrongful” in court records filed Monday, Bloomberg reported. The statement came in response to Musk claiming that Twitter’s failure to disclose a $7.7 million separation payout to its former head of security represented a breach of the purchase agreement. The recently departed security chief, Peiter “Mudge” Zatko, is scheduled to testify Tuesday before the Senate Judiciary Committee about his whistleblower claim alleging serious privacy lapses at Twitter.

A much-needed deal. Video game developer Ubisoft announced Saturday that it is creating three mobile games exclusively for Netflix, including a title tied to the popular Assassin’s Creed franchise, the Washington Post reported. The partnership represents one of the biggest developments in Netflix’s nascent foray into mobile gaming. Netflix officials announced their intention to break into the gaming sector last year, though the company’s efforts have produced minimal commercial success so far.

Interested in moving. Will three make a crowd in India? The Information reported Monday that Google is exploring whether to join Apple and Samsung in moving some of its smartphone manufacturing out of China and into its southwestern neighbor. Google has sought bids from manufacturers to make roughly 10% to 20% of the company’s Pixel smartphones, all of which have been assembled in China in recent years. Some top tech companies have grown tired of China’s strict COVID-related lockdowns, which have disrupted factories dedicated to consumer electronics. Google Pixels represent a tiny fraction of the total smartphone market, though they’re gaining in share.

By making Pixels in India, Google could take advantage of tax breaks in addition to the country’s manufacturing rebates and incentives, such as avoiding a 20% import tax for phones sold locally. However, Pixel shipments to Indian buyers barely topped 100,000 last year, Canalys said.

Google also wants to decrease the number of components it buys from China, in part to save on shipping times and costs. It has asked phone manufacturers in India for information about materials such as glue, tape, and insulation that it could purchase locally, said the person with direct knowledge. Google also has asked about buying components for smartphone screens in India, this person said.

Powerful investor Daniel Loeb U-turns on calls for Disney to spin off ESPN, admitting he got it wrong, by Chloe Taylor

From Steve Jobs to Spotify: What founders need to know about going public, from the veteran journalist who wrote the book on tech IPOs, by Nick Lichtenberg

There are five types of bad bosses to avoid—and Mark Zuckerberg fits three of them, says Harvard expert, by Christiaan Hetzner

The cost of replacing the battery on your iPhone 14 will be much higher, by Chris Morris

One of the chief brains behind Amazon Alexa has just raised $20 million to fund a new startup, by Giles Turner and Bloomberg

Should’ve done a final sweep. Twelve years after an iPhone 4 prototype was infamously left behind in a bar, we might have another slipup on our hands. The Verge reported Monday that a Facebook user posted photos and video that appear to show a not-yet-announced Meta Quest virtual reality headset that was left behind in a hotel room. A box containing the hardware includes a possible name for the product, Meta Quest Pro, and a label reading, “Not for sale—engineering sample.” Meta is expected to reveal its latest VR headset during an Oct. 11 event. The Facebook poster didn’t provide detailed product specs, so at least those remain under wraps for now.