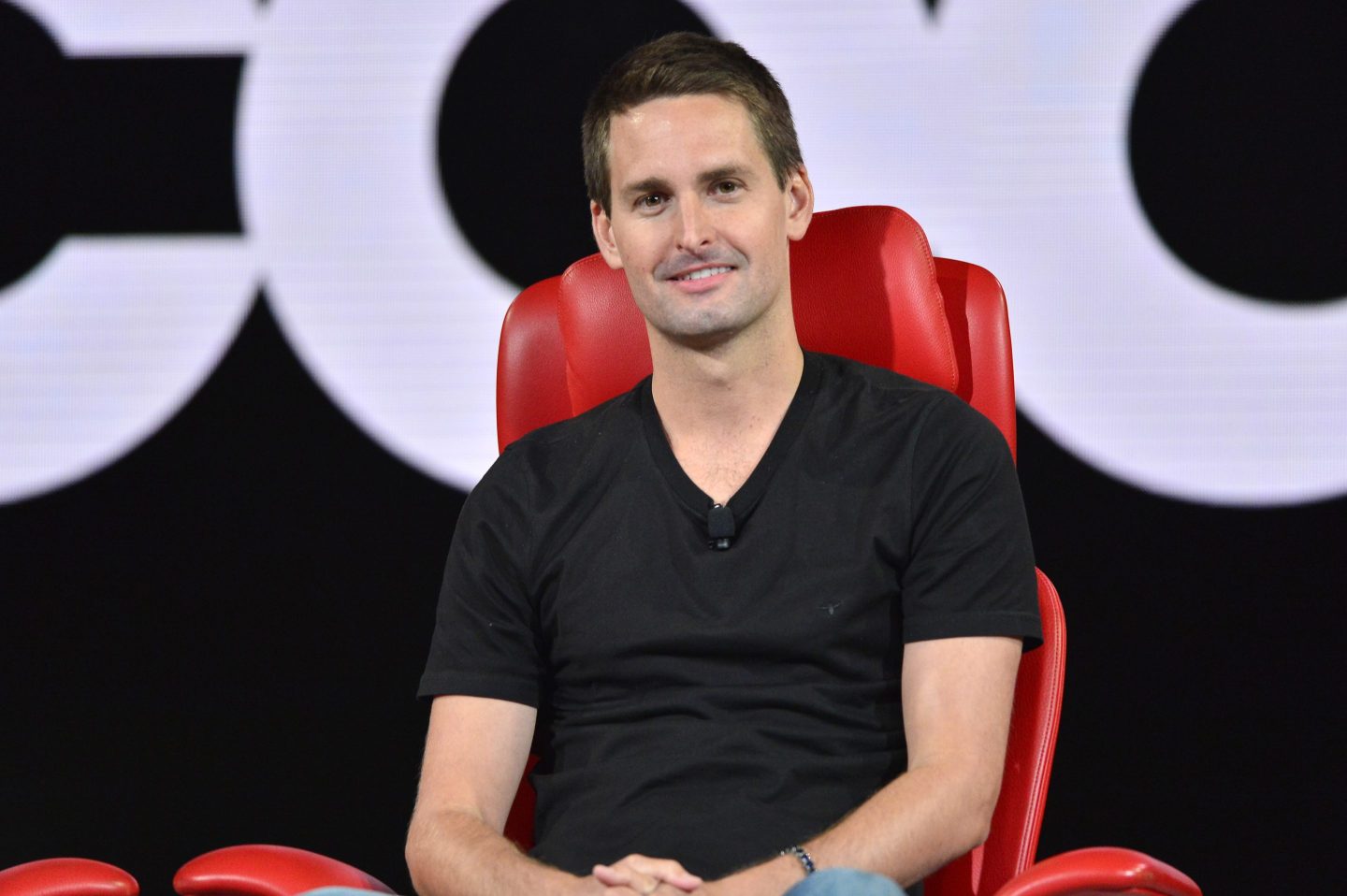 In fact, like many pundits and tech fans, he’s not completely sure of its purpose.

Asked at Code Conference on Wednesday about the Facebook founder and CEO’s metaverse vision, Spiegel dryly quipped that he was “trying to figure out what it means.”

The two companies are going head-to-head when it comes to technological developments and competing for social media users’ attention—but both are facing a string of challenges.

Last month, Snap announced it was cutting 20% of its workforce, and its stock has slumped more than 75% this year on the back of a frosty digital advertising landscape and poor earnings reports.

Spiegel admitted at Code Conference that layoffs had been the only viable option for the company to reignite growth given the current economic climate.

Despite the turmoil, Snap has a strong user base of around 350 million daily active users, and the firm is doubling down on efforts to give itself a new lease on life.

The company has created a strategy dubbed Project Sunshine to revitalize ailing engagement with parts of the Snapchat platform, Business Insider reported this week, while a leaked internal memo revealed on Wednesday that Snap is aiming to grow user numbers by around a third before the end of next year, setting itself a revenue target of $6 billion for 2023.

Spiegel said on Wednesday that Snap’s recovery would be “difficult” as the business was “smaller than these other very, very large companies”—but he ruled out the possibility of allowing Snap to be acquired by a bigger player.

Spiegel acknowledged the difficulty of competing with rising social media star TikTok on Wednesday, but told the audience at Code that Snap’s biggest rival was a more traditional firm.

“Meta continues to be a very large and challenging competitor,” he said.

Meta—the company formerly known as Facebook, which owns the flagship Facebook platform as well as Instagram and WhatsApp—said last year that it was rebranding as part of plans to pivot its focus toward creating a virtual reality metaverse.

Last year, the social media behemoth invested $10 billion in building the metaverse, a digital space where users can interact with experiences and other people using VR technology.

However, while Meta has major spending power behind it, Spiegel said on Wednesday: “What gives me a lot of hope is that historically, spending large amounts of money is not always a predictor of success.”

Last month, Zuckerberg was mocked around the world after posting an image from the metaverse that became known as the “$10 billion selfie.”

Meta, like Snap, is dealing with its own problems on top of skepticism over its metaverse endeavors, and has seen its stock price tumble more than 50% so far this year.