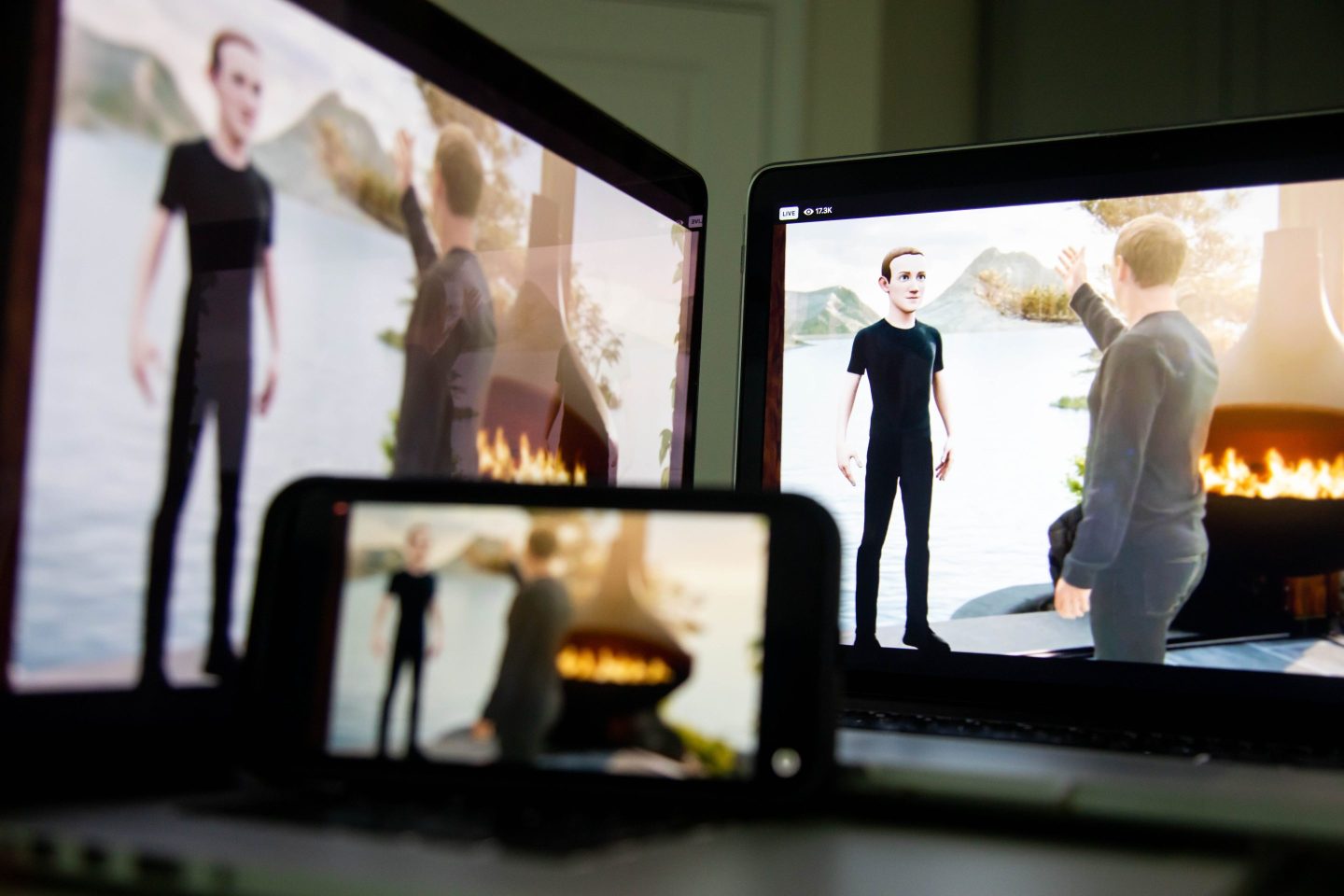 When Meta launched its metaverse platform Horizon Worlds in France and Spain this week, it got plenty of buzz—but probably not the sort the social media giant was hoping to receive. Instead of discussing Meta’s new platform, most people chattered about the artificial-looking metaverse selfie CEO Mark Zuckerberg posted on Facebook.

The selfie is an up-close shot of Zuckerberg’s glassy-eyed avatar with an artificial-looking green background of what could be grass and trees, along with a hazy re-creation of the Eiffel Tower in the background. The selfie was lambasted on social media, with many users saying it was underwhelming—especially for a company so dedicated to the metaverse that it rebranded itself as Meta.

Some also said that Zuckerberg’s selfie was a symbol for Meta’s failure in creating a futuristic metaverse, despite putting $10 billion into the effort last year.

While Zuckerberg said in the selfie post on Facebook that he is “looking forward to seeing people explore and build immersive worlds” in the metaverse, some on Twitter pointed out that people have been building games with similar graphics for years, including the multiplayer virtual world game Second Life, which launched in 2003.

The Metaverse refers to a series of virtual worlds in which users can play games, talk with their friends, and shop.

Zuckerberg’s selfie isn’t the first time he has gotten criticized for his metaverse demonstrations. Last month, the Meta CEO had a conversation with astrophysicist Neil deGrasse Tyson discussing the new images of stars and galaxies that NASA captured with the James Webb Space Telescope. Following the conversation, the astrophysicist asked for a fist bump but gave an awkward two-handed limp touch that showed the limits of the technology.

The criticism of Zuckerberg’s selfie drives to the heart of what the metaverse is and how it will be useful. Although major banks like Citi, Morgan Stanley, and JPMorgan Chase think the metaverse could be a market worth trillions in the future, few people know exactly what the word means, and even fewer use any metaverse platform on a regular basis.

That hasn’t stopped several companies from creating their own virtual worlds, some of which incorporate the blockchain and cryptocurrencies. Some of the most well-known metaverse platforms include Meta’s Horizon Worlds, the Sandbox, and Decentraland.

Although the Sandbox and Decentraland are small companies with limited budgets, Meta is a behemoth that has poured billions into its plan to “get to around a billion people in the metaverse doing hundreds of dollars of commerce,” as Zuckerberg told CNBC in June.

Yet to get there, Meta is putting billions into Virtual Reality Labs, its metaverse arm, with no profits likely to be expected in the near term. The company posted a $2.8 billion loss on the sector in the second quarter as Meta fell short of profit expectations and reported its first revenue decline since going public.

Zuckerberg’s selfie flop is unlikely to reassure nervous investors that Meta is poised for a turnaround.