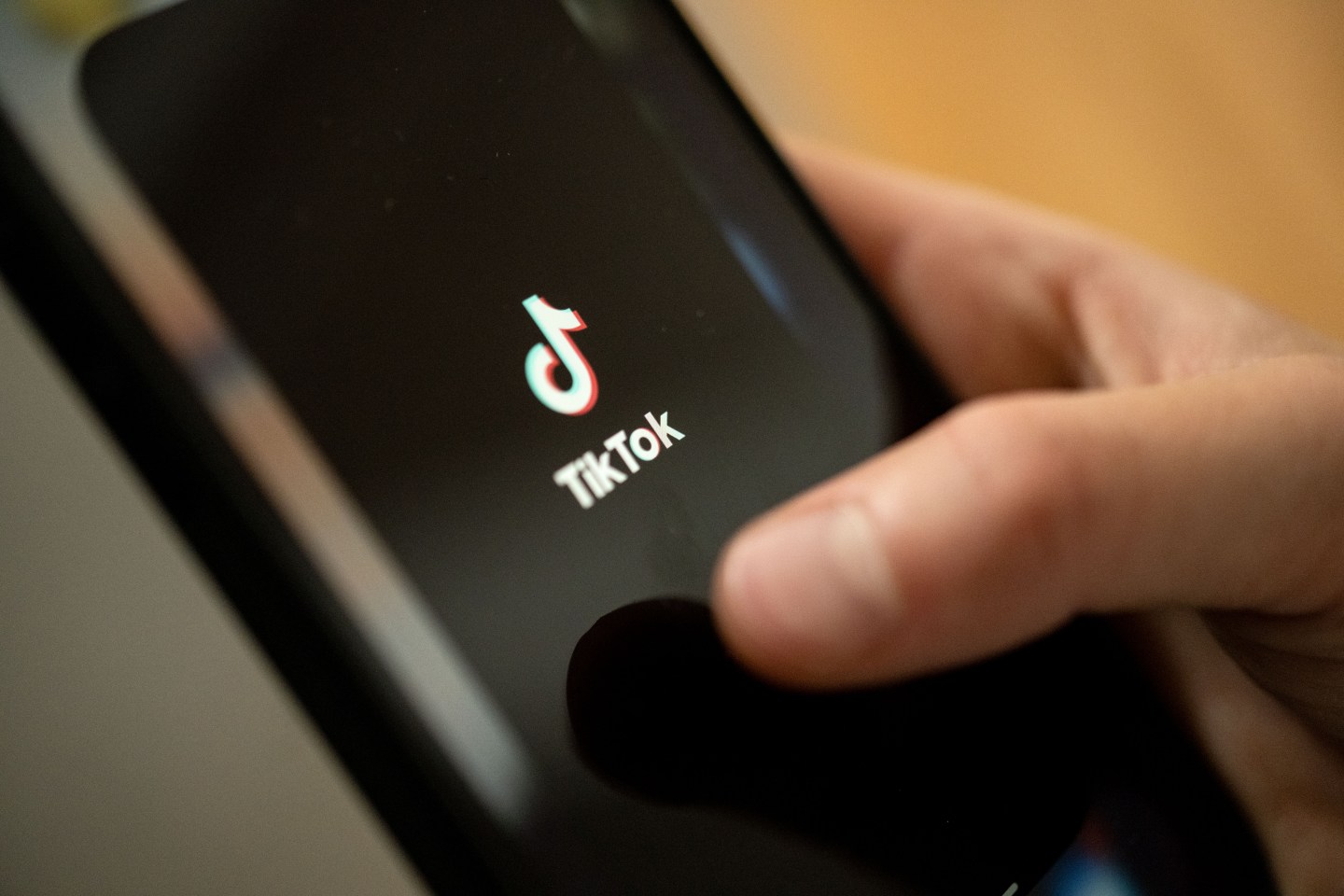 While Big Tech giants Apple, Google, and Meta are working to mimic TikTok, the ByteDance unit has ambitions to be more like its competitors.
Marijan Murat—picture alliance/Getty Images

If imitation is the sincerest form of flattery, no company has earned excessive adulation over the past year quite like TikTok’s Chinese parent, ByteDance.

Yet amid all this mimicry, there’s a trend quickly emerging: TikTok actually wants to be more like its competitors.

TikTok has not-so-quietly started developing or rolling out several new features designed to steal market share from many of the tech industry’s power players, including Apple, Google, and Meta. While many of these updates remain in the testing phase, the scope and ambition of TikTok’s expansion signal ByteDance’s aspirations for creating a super-app–style product capable of reshaping the digital landscape.

In the past few months alone, several media outlets (primarily led by TechCrunch) have documented budding efforts by TikTok to reach deeper into the search, streaming, and advertising realms, among others. They include…

In fairness to the Big Tech giants targeted by TikTok, the ByteDance unit still needs to prove that it’s not biting off more than it can chew.

TikTok certainly upended the tech sector by capitalizing on the shift in tastes toward algorithm-recommended content and short-form video, helping the platform amass a user base exceeding 1 billion people. However, it will take a gargantuan effort to simultaneously become a major player in social media, e-commerce, audio streaming, mobile gaming, advertising, and more.

At the same time, TikTok is increasingly coming under the same microscope that caused Facebook’s reputation to unravel in recent years. The company’s role in spreading misinformation, contributing to users’ mental health issues, and wearing out workers has become a fixture of tech headlines in recent months.

To top it off, U.S. legislators are already chafing at TikTok’s influence in light of ByteDance’s roots, warning that the Chinese government could mine the company’s data and use its app to push pro-communist propaganda.

Yet if the past five years have shown us anything about TikTok, it’s that the platform can adapt and grow at unprecedented rates. ByteDance could convert its massive user base, superior A.I. technology, and clear business cunning into a new kind of digital behemoth—one that makes its competitors want to be even more like TikTok.

Mark your calendars. Apple tentatively plans to start selling its latest iPhone line in mid-September, the first of several product releases set for the latter half of 2022, Bloomberg reported Thursday. Sources familiar with Apple’s plans told Bloomberg that the company is targeting Sept. 7 for an iPhone 14 launch event, with the smartphone going on sale Sept. 16. Apple typically makes iPhones available to the public about a week after its launch events. The company hasn’t announced specific dates for either occasion.

All-in on Tolkien. Embracer Group has acquired the intellectual property rights to The Lord of the Rings and The Hobbit, part of a spending binge announced Thursday by the Swedish media and video game company, The Verge reported. The deal gives Embracer control over multiple rights—including movies, television, video games, and merchandising—tied to the J.R.R. Tolkien fantasy series. Embracer unveiled five acquisitions totaling $577 million in upfront costs, along with a sixth purchase that wasn’t disclosed.

On the sunnier side. Cisco edged past analysts’ fiscal fourth-quarter earnings and revenue estimates, while also issuing a better-than-expected outlook for the next 12 months, CNBC reported Wednesday. The software giant saw its fourth-quarter sales, income, and margins slip year over year, but the company’s executives forecasted a rebound in fiscal 2023 that topped analysts’ expectations. Cisco shares rose 6% in midday trading Thursday.

Making an example out of them. As Congress slowly debates a sweeping, national data privacy law, the Federal Trade Commission has started taking some action on a hot-button issue. The Washington Post reported Thursday that FTC officials are threatening to sue an Idaho-based ad-tech company, alleging that its mobile tracking data allows customers to identify people visiting sensitive locations. Those areas of interest include clinics that provide abortion-related services, addiction recovery centers, and other health care facilities. While the threat of litigation carries symbolic weight, the FTC typically doesn’t launch many privacy-related lawsuits owing to its limited resources.

The action is an early indication of how the agency might assert itself as a defender of health-related data, in the wake of the Supreme Court’s decision to overturn Roe v. Wade in June. The FTC action comes as prominent Democrats, privacy advocates and technologists warn that people’s digital trails could become evidence in abortion prosecutions, and after cases where details like search history and Facebook messages about the procedure have been used as evidence against women.

In the absence of a comprehensive federal privacy law, there are limited steps that Democrats in Washington can take to protect reproductive health data.

Apple didn’t want to pay hourly workers for the time spent searching their bags. It has now settled a $30.5 million lawsuit, by Alice Hearing

TikTok is cracking down on misinformation and paid political content ahead of the U.S. midterm elections, by Alena Botros

Adam Neumann’s $350 million comeback is a ‘slap in the face’ to female founders and founders of color, by Emma Hinchliffe and Paige McGlauflin

Why real estate startups are hot right now, according to a top VC, by Anne Sraders

Stop the steal? Don’t be surprised if you start hearing the royalty-free ditty “Happy Birthday” on more branded TikTok videos. Insider reported Wednesday that audio industry titans Universal Music Group and Sony Music are increasingly trying to stamp out song copyright infringements by influencers and corporations using TikTok. While everyday users have license to overlay some tunes on their videos, UMG and Sony allege that big brands like Bang Energy parent Vital Pharmaceuticals have been violating copyrights by using snippets of hit songs in TikTok marketing videos. Both companies are suing Vital Pharmaceuticals, which has received billions of views on its Bang Energy TikTok videos.

Correction: Wednesday’s edition of Data Sheet incorrectly listed the amount of money that the Congressional Budget Office estimates will be spent on semiconductor subsidies through the CHIPS-Plus Act by the end of 2025. It is $16 billion.