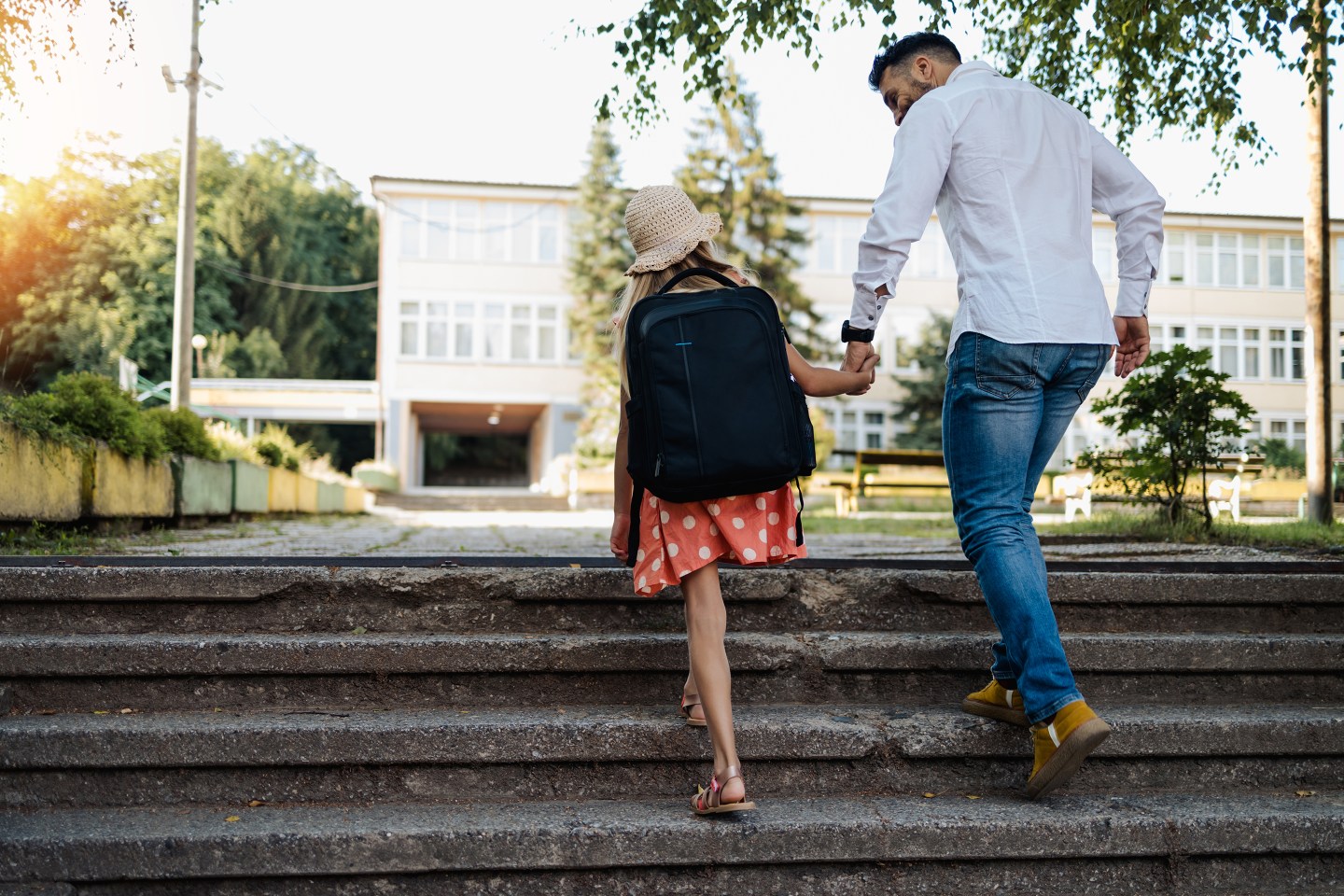 It’s baby’s first day back in the office.

These days, kids aren’t the only ones getting first-day jitters, as many companies beckoned their employees back to the office after Labor Day weekend.

This year, back to school coincides with a wane in remote work, and may even be contributing to it, per Bank of America’s newest survey in its Home Work series.

The survey, which looks at responses from over 1,000 U.S. consumers over the past two years, found that less than half of 30- to 40-year-olds (43%) said they were working from home for the majority of their workweek during September. In June, 55% of the millennial cohort reported they were mostly working remotely. As the kids go back to school, in other words, their parents are going back to the office.

Major employers including Apple and Peloton Interactive have used Labor Day to finally push forward the plans for hybrid work that were delayed by the Delta and Omicron surges—just for real this time. Urging a full-time in-person policy, Goldman Sachs has pushed for normalcy to the extent that they’re doing away with all COVID-19 restrictions.

Some companies aren’t pushing so much as coaxing, like the New York Times Co. channeling the elementary school tactic of bribery with a branded lunch box. That strategy did not go over well with much of the Times’ union, as more than 1,300 staff members said they preferred a raise in times of inflation over company swag.

“Now employers are saying, ‘We’re in a post-pandemic world, and we’d like to meet you halfway.’ And [employees] are saying, ‘I don’t want to come at all. Come to me, do it on my terms,’” Johnny Taylor, CEO of the Society for Human Resource Management, previously told Fortune about bosses’ growing agitation over remote work. With childcare increasingly covered by in-person schooling, impatient employers may have one less hurdle when pushing working parents back to the office.

Over the past two years, hybrid and remote solutions were increasingly accepted as a new way to appeal to employees. Habits from lockdown continued past the pandemic, as research from Jose Maria Barrero, Nicholas Bloom, and Steven J. Davis of WFH Research found that employers are increasing the number of days they’ll allow employees to work remotely in a post-pandemic environment.

But as Bloom pointed out on Twitter, there still hasn’t been a full-fledged return to the office. While Bank of America’s report shows that millennials might be going into the office more than they were, data from Kastle and Google Workplace Mobility has yet to show any significant uptick in downtown office buildings filling up post–Labor Day. That means that Labor Day is nudging people to come back two to three days a week compared with, say, none.

“Parents are being forced to find alternative arrangements, and for many that means they’re not coming back into the job market,” senior economist at Wells Fargo Sarah House, previously told Fortune. The staffing shortages at day cares, therefore, became employers’ problem as some parents were unable to go to work or were forced to take unpaid leave in order to fill in the gaps that schools and childcare centers could not fill.

During the lockdown, parents took on a larger childcare role as kids learned from home. Working mothers felt the brunt of the childcare crisis, and it pushed many out of the workforce. Women’s workplace participation rates in January’s jobs report was at 57%, the lowest it’s been since 1988.

While gains have been made, working parents still struggle to juggle their responsibilities at work and home. Often taking on greater responsibilities, women on average preferred flexible schedules more. But many are afraid of the lack of promotions they might endure if they ask for a hybrid schedule; 94% fear a lack of promotion if they ask for flexible work according to a Deloitte survey from April.

The good news for burnt-out working moms: Their kids are getting out of the house. Bank of America finds that a smaller percentage of children are attending remote or hybrid schools compared with just a year ago (62% are attending school in person only this year, compared with 55% in 2021, and only 19% in 2020).

Spending on remote learning has also declined since 2020 and 2021, underlying how school is back in session. To be sure, parents still have chief concerns to deal with, including the high cost and inaccessibility of after-school care and the separation anxiety that their children leaving the nest struggle with.

About three in 10 parents are still juggling childcare responsibilities and work, according to the Census Bureau’s latest Household Pulse survey from August. But now that school is in full swing, burnt-out teachers are taking on more hours from working parents, and parents are left without as many reasons for avoiding the dreary office.