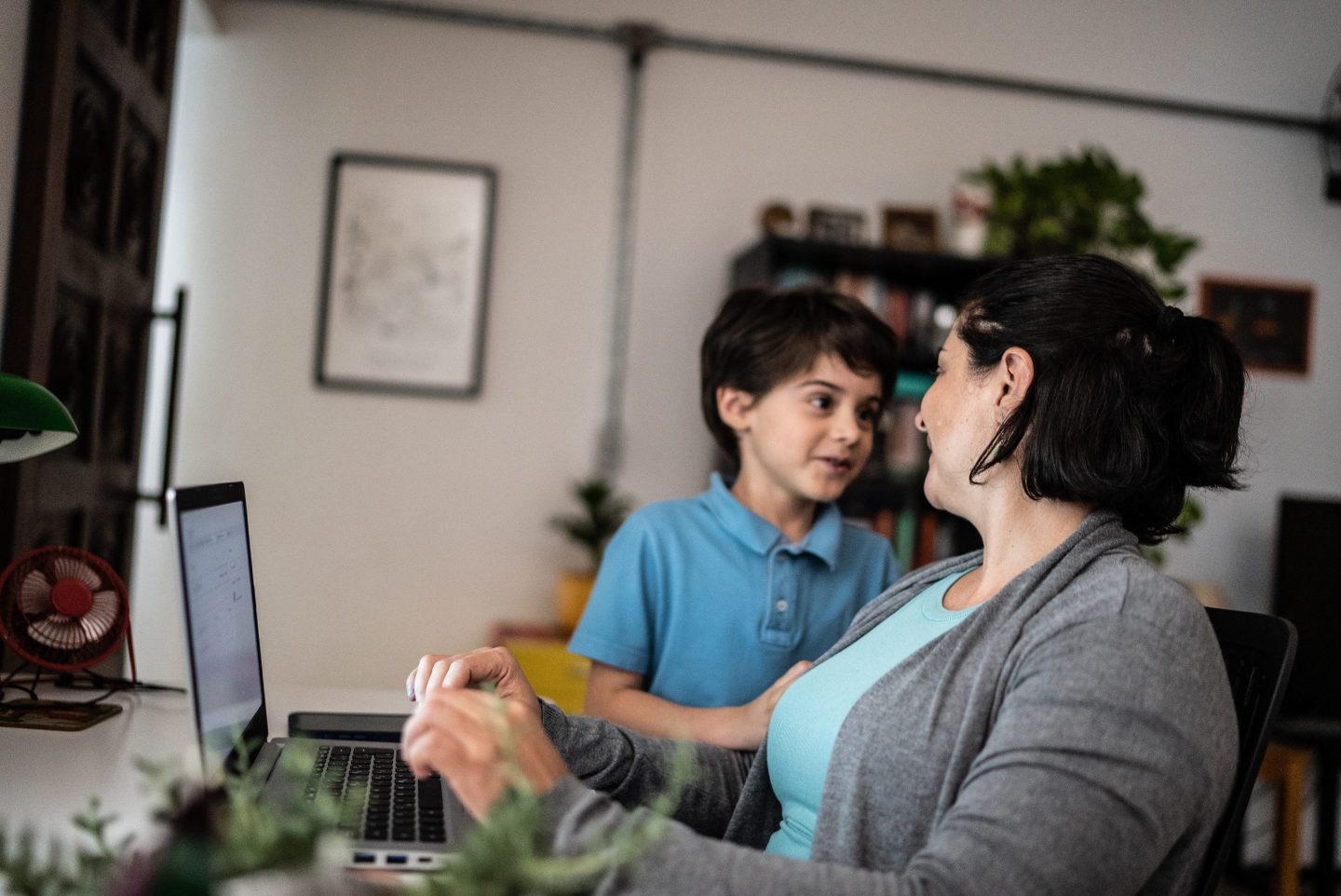 Americans might be ready to move on from the pandemic, but parents of young children are still juggling many of the same issues around childcare and work.
FG Trade/Getty Images

Two and half years into the COVID-19 pandemic, parents are still taking time off and even leaving their jobs because childcare options remain scarce.

Nearly three in 10 parents with children under the age of five are still juggling caring for their children while working, according to the Census Bureau’s latest Household Pulse survey released Wednesday.

In the last four weeks, 28% of parents with young children reported they were forced to take unpaid leave to shoulder childcare responsibilities. More than a third (38%) use vacation time, sick days, or paid time off to care for their kids.

Meanwhile, the job losses continue to rack up. Nearly a quarter of parents with infants and toddlers at home (23%) report they left their job in the last month to care for their kids—6% say they lost their job entirely because of their childcare needs.

“It’s sort of this perfect storm of obstacles, just making things even harder for folks—even this far into the pandemic,” Allison Johnson, campaigns director of the nonprofit ParentsTogether, told Fortune earlier this summer. “Families are still experiencing a lot of disruption or difficulty. Choices are a little bit easier now than maybe they were at the beginning. Which is certainly a bit of a relief, but it’s definitely still not easy.”

The burden of childcare typically falls more on women. While men were more likely to get parental leave offered as an employer-sponsored benefit—43% of men compared to just 27% of women—men are less likely to take it, according to a survey published by Credit Karma earlier this month. Only 20% of women reported they didn’t take advantage of the offered parental leave compared to 48% of men.

Women are also more likely to take more drastic steps to solve the childcare gap. About 17% of women reported leaving the workforce after having a child, compared to 0% of men, according to Credit Karma’s research. Moreover, just over a third of women with kids in school admitted they left their jobs because the cost of childcare was too expensive.

Not only is childcare expensive, but the industry is still struggling to bounce back from the pandemic. Overall, the U.S. may have fully recovered from private-sector pandemic job losses, but the number of childcare workers is still 8.4% below what it was in February 2020, according to a recent analysis by UC Berkeley Center for the Study of Child Care Employment (CSCCE). And that’s likely an underestimate considering that does not include home-based childcare providers.

“All of the gains we're seeing elsewhere have bypassed this industry—it’s just not bouncing back as quickly as everything else,” says Elena Montoya, a senior research and policy associate at CSCCE.

For parents, that typically means longer waitlists and higher fees as daycare centers and childcare providers try to increase wages to entice more staff hires. Childcare issues have been a long-standing problem in the U.S. even before the pandemic, but issues like childcare deserts and unaffordable care have been exacerbated given the rising scarcity.

“We have to address the fact that the system is funded through these really low wages that childcare teachers make—and parents can’t afford to pay more,” Montoya says. “So until we decide to tackle compensation, we're going to continue to see programs struggling to attract and retain qualified teachers.”

There’s no real relief in sight for many parents. Despite President Joe Biden’s initial Build Back Better Act including provisions to lower care costs for American families and develop a more robust childcare system, the Inflation Reduction Act of 2022 the president signed this week includes no funding for the belabored industry, nor does it contain any mandatory paid leave.

This inaction at the federal level was “crushing,” Montoya says. “The investment would have been absolutely critical, but also, I think it's something that had it been able to move forward, it would’ve also just acknowledged that these jobs are crucial and that they are a part of the infrastructure of our economy.”