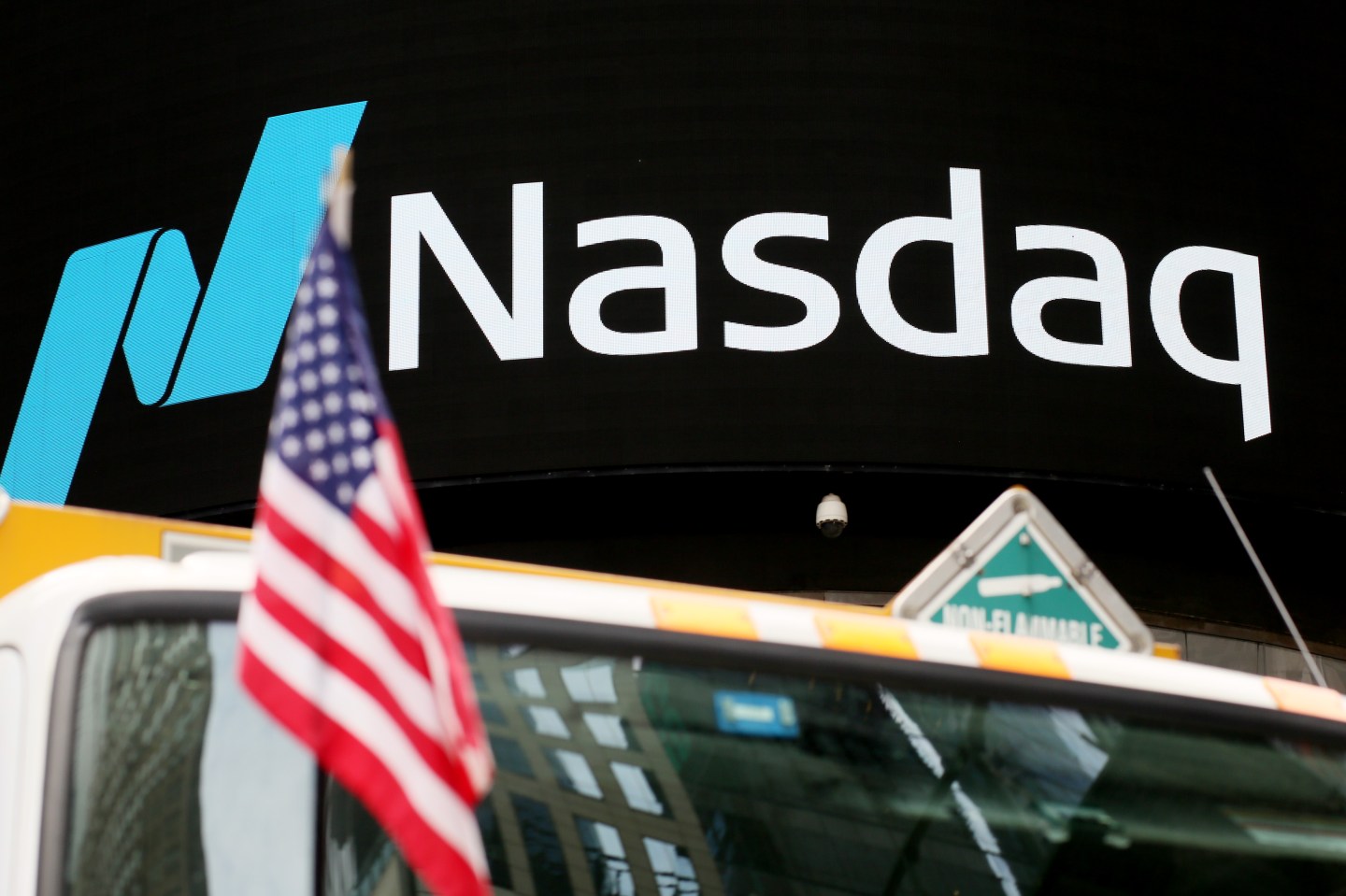 It’s no secret that the IPO market has cooled considerably. But will it heat up again anytime soon?

“This year, we’ve won 85% of new listings,” Nasdaq CFO Ann Dennison said in an interview during Barclays Global Financial Services Conference on Monday in New York City. “Of course, there’s not a ton happening this year.” Nasdaq is “working with a lot of companies to help them on their journey, even though that journey might be delayed,” she said.

Dennison continued, “Coming out of the second quarter, we had more companies in the pipeline than at any other point over the past two years.” But when finishing up the second quarter, Nasdaq heard from companies, “‘We’re looking at the end of the third quarter,’” Dennison said. “Now, what we’re hearing is, ‘Probably the beginning of 2023,’” she said.

Nasdaq, a global technology company, is also the home of the stock exchange that lists tech giants like Apple, Microsoft, and Amazon. The second half of August was tough for tech stocks. And September, historically, has been the worst of the year for tech stock returns. During Dennison’s talk with Barclays analyst Ben Budish, she provided insight on the company from both the product offering and the listing’s sides as the macro-economic environment continues.

The August consumer price index report, the most prominent inflation gauge in the U.S., comes out today. Some experts expect consumer prices will continue to cool. However, the period of historically high inflation has already put pressure on a tight labor market, according to Dennison.

“There are some headwinds to talk about like inflation,” she said. “One of the things I think inflation has done for us and for others is really put a spotlight on talent. And the competition for talent has just been incredible.”

Dennison continued, “We did a couple of things coming out of last year thinking about our pay scale. We’ve been investing in culture and making sure we create an environment where people want to be. But inflation is a factor. We had about a two percentage point hit to our expenses this year that we built in from day one knowing we were operating in a more difficult inflationary environment.” During Nasdaq’s Q2 2022 earnings call in July, Dennison said merit annual increases were higher than prior years due to inflationary pressures on compensation.

When it comes to attracting clients, Dennison pointed to factors such as the roster of major tech companies associated with Nasdaq. And a full suite of market data solutions and services provided clients get through the IPO process, which is a free service for about three years, which includes an environmental, social and governance (ESG) reporting tool, she says.

Nasdaq offers cryptocurrency exchange software that supports digital assets exchanges. But the crypto market has been extremely volatile. “How has demand been ebbing and flowing with the broader crypto market?” Budish asked her.

“I think what’s interesting to us is that there doesn’t seem to be any institutional pullback of interest, despite the crypto winter,” she said. “So, we think it’s here to stay and that we have a big role to play on the infrastructure side.” But it may get even colder before crypto winter ends. For example, “macroeconomic forces—particularly more rate hikes and the energy mess in Europe—are poised to batter crypto prices further, while regulators are eager to kick the industry while it’s down,” Fortune reported. Last week, Bitcoin prices dipped below $19,000 for the first time in nearly two years.

U.S. retail sales, excluding automotive, are expected to increase 7.1% year over year during the holiday season, according to the Mastercard SpendingPulse. The report found that the early holiday shopping season (Nov. 1-Dec. 24)  is expected to start even earlier in October. Due to inflation, consumers will be bargain hunting. And retailers are expected to promote in-store shopping with the return of holiday doorbusters, for example. Mastercard SpendingPulse measures in-store and online retail sales across all forms of payment and is not adjusted for inflation, according to the company.

"The Impacts of Covid-19 Illnesses on Workers," a new report by the National Bureau of Economic Research, highlights a study on how the illness reduces the labor supply. The researchers estimate that workers who are out for a week due to Covid-19 are seven percentage points less likely to remain in the labor force a year later than workers who haven't missed work for a week for health reasons. "Our estimates suggest Covid-19 illnesses have reduced the U.S. labor force by approximately 500,000 people and imply an average forgone earnings per Covid-19 absence of at least $9,000, about 90%," according to the report.

Deepak Ahuja was named the first chief business and financial officer at Zipline, an instant logistics and delivery system for businesses, governments, and consumers, effective Sept. 30. Ahuja brings over 20 years of financial leadership experience to Zipline’s management team. Most recently, Ahuja was the CFO at Verily Life Sciences. Before that, he was the CFO of Tesla. In his new role at Zipline, he will oversee all aspects of the company's global financial operations, including finance, accounting, investor relations, and global sales, excluding the Africa region, according to the company.

Julien Lafouge was named the group CFO at Spendesk, a French startup that produces spend-management software. Lafouge will oversee finance and legal for the group as part of the Spendesk executive team. Spending the first part of his career at Technip, a technology provider to the energy industry, Lafouge held positions as financial controller, financial director of a subsidiary in Angola, and Internal Audit Manager. Lafouge worked at the Boston Consulting Group in 2007 and worked in the strategy consulting sector in Europe and South America until 2015. He then joined BlaBlaCar, a French car sharing platform, to launch its business in Brazil and Mexico and served as CFO of BlaBlaCar Group from 2017 to 2021 before joining EMPG, a UAE-based real estate portal.

“Despite concerns that investors have about the U.S. equity market, we believe it offers greater absolute and risk-adjusted return potential than recession-plagued European markets. The path of U.S. growth may be uncertain, but the economic situation in Europe is dire.”