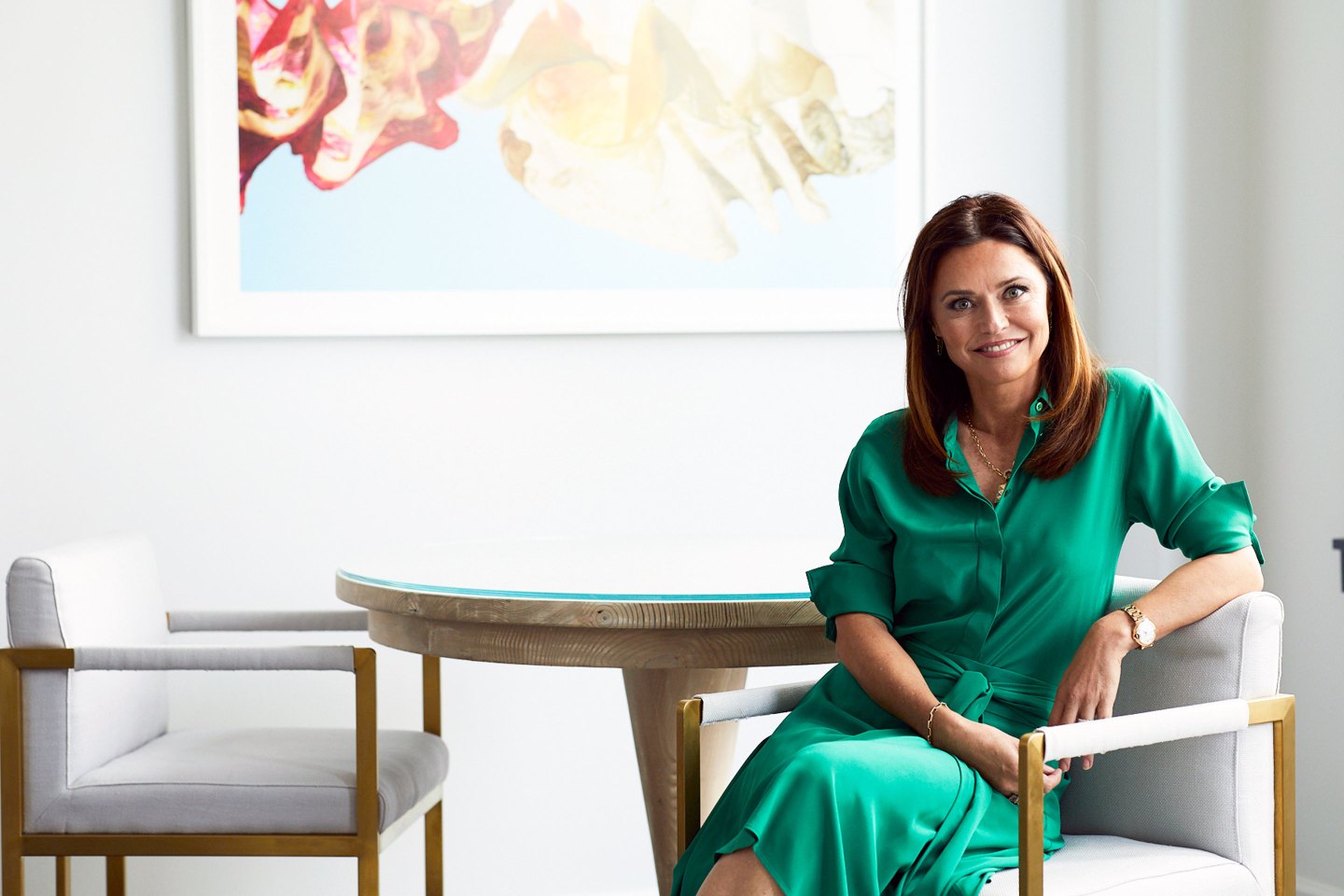 – Running start. Forerunner Ventures founder Kirsten Green has made a name for herself over the past decade as an influential backer of top consumer brands. The venture capitalist invested in the beauty brand Glossier (valued at $1.8 billion), the travel brand Away ($1.45 billion), and the digital health business Hims & Hers (valued at $1.6 billion in its 2021 exit via SPAC).

Green celebrated the 10-year anniversary of her firm in July, and with the milestone, she’s ready to update her résumé. Forerunner’s launch coincided with—and helped create—the 2010s boom in D2C businesses, from Glossier to Warby Parker. But the playbook that built that generation of companies is no longer working quite as well for brands, which have pivoted to omnichannel retail strategies. (Glossier, where Green serves on the board, brought on retail veteran Kyle Leahy as CEO earlier this year as it pivoted away from a focus on tech and prepared to enter wholesale for the first time.)

But Green says her investment thesis was never about consumer brands; it was about putting the consumer at the center of a company’s strategy no matter its business model.

“We had this notion of building a firm with the consumer at the heart because the consumer is driving the vast majority of the economy,” she explains. Consumer spending accounts for about 70% of U.S. GDP, according to the Bureau of Economic Analysis.

That’s a lens that can be applied to B2B businesses as well. Take the example of a B2B marketing company that matches influencers with brands. Green’s approach to that company would be to prioritize the experience of the consumer, or the person viewing the TikTok and Instagram partnerships influencers ink with brands. “If there’s no user there to receive the content that’s being created, the brand won’t be successful,” she explains. Green has applied that lens to her investments in the e-commerce software startup Canal and the government contract marketplace CoProcure.

A more expansive definition of consumer investing allows Forerunner to invest in additional categories—a necessity after the firm raised a $1 billion fund in February. (Green raised the fund around the same time former Andreessen Horowitz partner Katie Haun raised $1.5 billion for her own firm focused on crypto investing, making the pair among the first women VCs to raise such large sums.) “If [we saw success] in the consumer and discretionary category, how could those practices change the way we’re operating in the health care or financial category?” Green says.

The D2C cooldown may prompt some VCs to abandon consumer investing, and Green says that’s fine. “If you’re not committed to a category, it makes sense to move on,” she says.

But the Forerunner founder expects the market to heat up in 2023, noting, “There’s a lot of money in the hands of venture capitalists.”

Green considers the 10-year anniversary to be an “inflection point” for Forerunner. “I’m cognizant of the risk of becoming one of the pack,” she says. “But we have an opportunity as investors to have a diversified portfolio and not try to repeat the same playbook.”

- God save the queen. Queen Elizabeth II is under medical supervision at Balmoral, according to a statement from Buckingham Palace. Doctors are “concerned for” the health of the 96-year-old monarch who on Tuesday met with new U.K. Prime Minister Liz Truss. AP

- AOC in GQ. In a new profile, Rep. Alexandria Ocasio-Cortez reflects on the reversal of Roe v. Wade, what prevents men from speaking up about it, and the November midterm elections. GQ

- On the ball. The U.S. Open is the only Grand Slam tournament where women use different tennis balls than men. Men play with an “extra-duty” ball, woven slightly more loosely than the “regular-duty” ball hit by women. The relatively small difference irks some female players who say the regular duty "plays fast" and doesn’t fray well enough to create the friction needed for certain moves. New York Times

- Labor lag. The Pregnant Workers Fairness Act, legislation mandating employers provide reasonable accommodations for pregnancy, might die in the Senate this fall. The bill has strong bipartisan support and easily passed in the House last May, but its proponents say Senate leadership has failed to act on its passage. Politico

- Trial re-do. Theranos founder Elizabeth Holmes wants a retrial. The disgraced blood-testing CEO, found guilty on four counts of fraud in January, alleged via court documents filed Tuesday that the company’s former lab director, a key witness for the prosecution, showed up at her home unannounced in August and expressed regret over his testimony. Holmes is scheduled to be sentenced in October. Wall Street Journal

- Going south. Stacey Abrams could be losing her momentum against Georgia's GOP gubernatorial incumbent Brian Kemp. While Abrams is the force behind Georgia's shift to registering and electing more Democrats, allies worry about her poll placement. New York Times

- Telling the wrong story. A new study of Muslim representation onscreen by the University of Southern California's Annenberg Inclusion Initiative finds that fewer than one-third of Muslim characters in film and television are women. Only 21% of Muslim women onscreen had jobs (nearly all in medicine). Thirty percent of all Muslim characters onscreen were perpetrators of violence. The Hollywood Reporter

- Origin story. Hillary Clinton started wearing her now-iconic pantsuits after a 1995 trip to Latin America. On that trip, her underwear was visible in a photograph that was later used in a Brazilian lingerie ad. “I just couldn’t deal with it, so I started wearing pants,” Clinton said in a new interview. CBS News

“I know the tears don’t look like happy tears, but there’s a lot of happiness.”