Earth’s ‘doomsday glacier’ is holding on ‘by its fingernails,’ scientists say 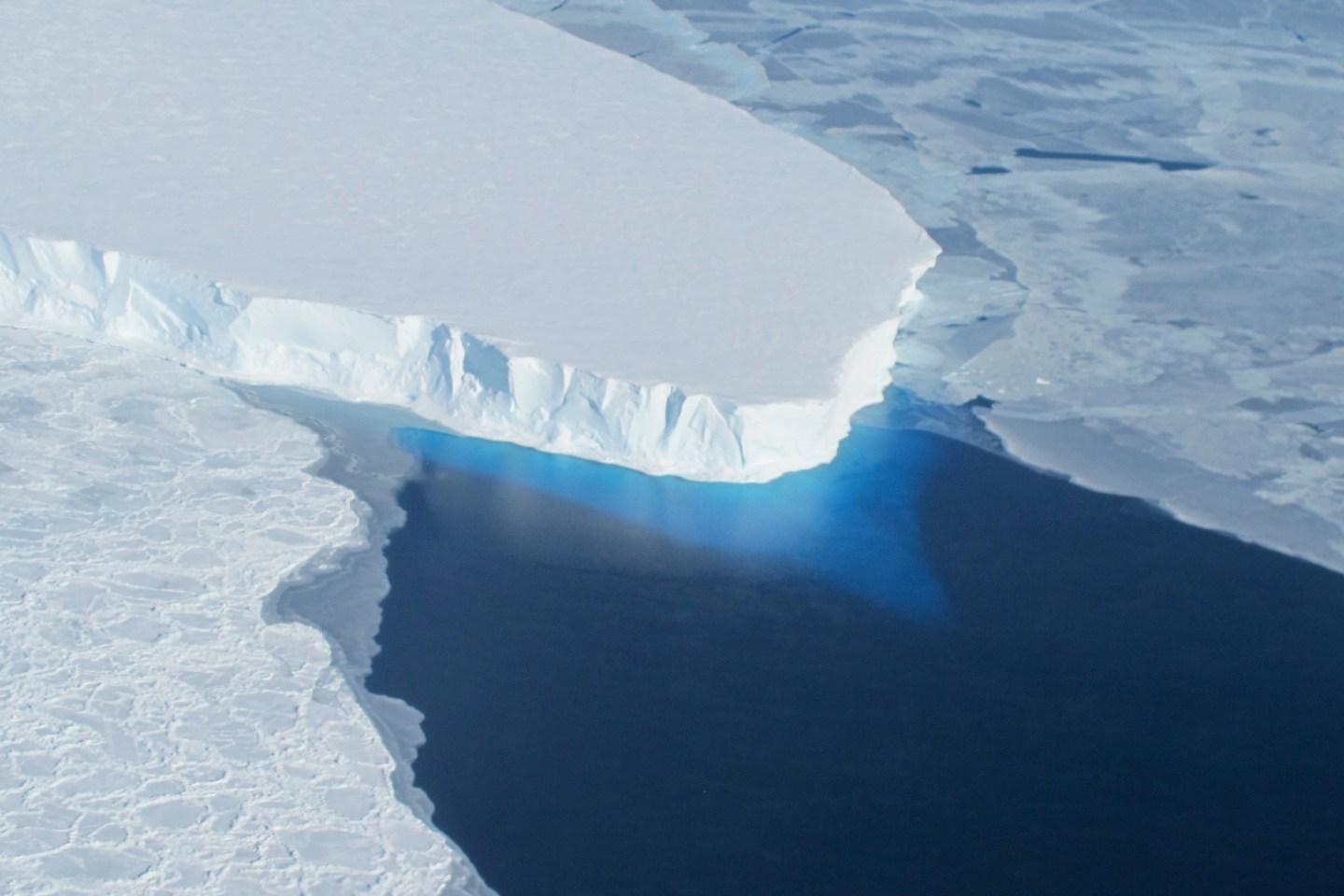 The Thwaites Glacier in Antarctica is seen in this undated image.
NASA—REUTERS

While droughts, heat waves, and flooding have taken center stage this summer for people around the world, it may be easy to forget about the looming threat posed by rising sea levels.

That threat, however, is not actually so far off. For years, scientists have studied one particular ice sheet in Antarctica nicknamed the “doomsday glacier” for its enormous size and rapid rate of melting. A new study published in the academic journal Nature Geoscience on Monday highlights the possibility that it could break down even faster than expected.

The “doomsday glacier,” known formally as the Thwaites Glacier, sits along the western edge of Antarctica. It already contributes about 4% to global sea level rise, shedding billions of tons of ice into the ocean annually.

Its total loss could translate to anywhere from three to 10 feet of sea level rise. For now, an underwater ridge pins it in and helps to keep its retreat in check.

While scientists have known for years that the glacier is melting rapidly, there’s been a lack of data to contextualize its broader geologic history. This week’s study, led by University of South Florida marine geophysicist Alastair Graham, seeks to fill in that gap by using data culled from the glacier’s underwater footprint to show how it has shifted over the span of many decades.

Analyzing the data, the team of scientists discovered that the Thwaites Glacier has likely experienced periods of very rapid retreat over the last two centuries—faster than the rate of melting today.

It’s possible, then, that the glacier could undergo similar periods of rapid change in the future. “Thwaites is really holding on today by its fingernails, and we should expect to see big changes over small timescales in the future—even from one year to the next—once the glacier retreats beyond a shallow ridge in its bed,” said marine geophysicist and study coauthor Robert Larter in a statement that accompanied the study’s publication.

With approximately 40% of the world’s population living within 100 kilometers of the coast, according to the United Nations, sea level rise threatens millions of people. “Just because it’s out of sight, we can’t have Thwaites out of mind,” said Tom Frazer, dean of the University of South Florida College of Marine Science. “This study is an important step forward in providing essential information to inform global planning efforts.”

On average, Earth is currently 1.1° C (1.9° F) warmer today than it was at the end of the 19th century, according to the Intergovernmental Panel on Climate Change, and is at risk of warming by 1.5° C (2.7° F) as early as the next decade. Those incremental increases will have enormous consequences for sea level rise.

“Just a small kick to Thwaites could lead to a big response,” warned Graham in Monday’s release.