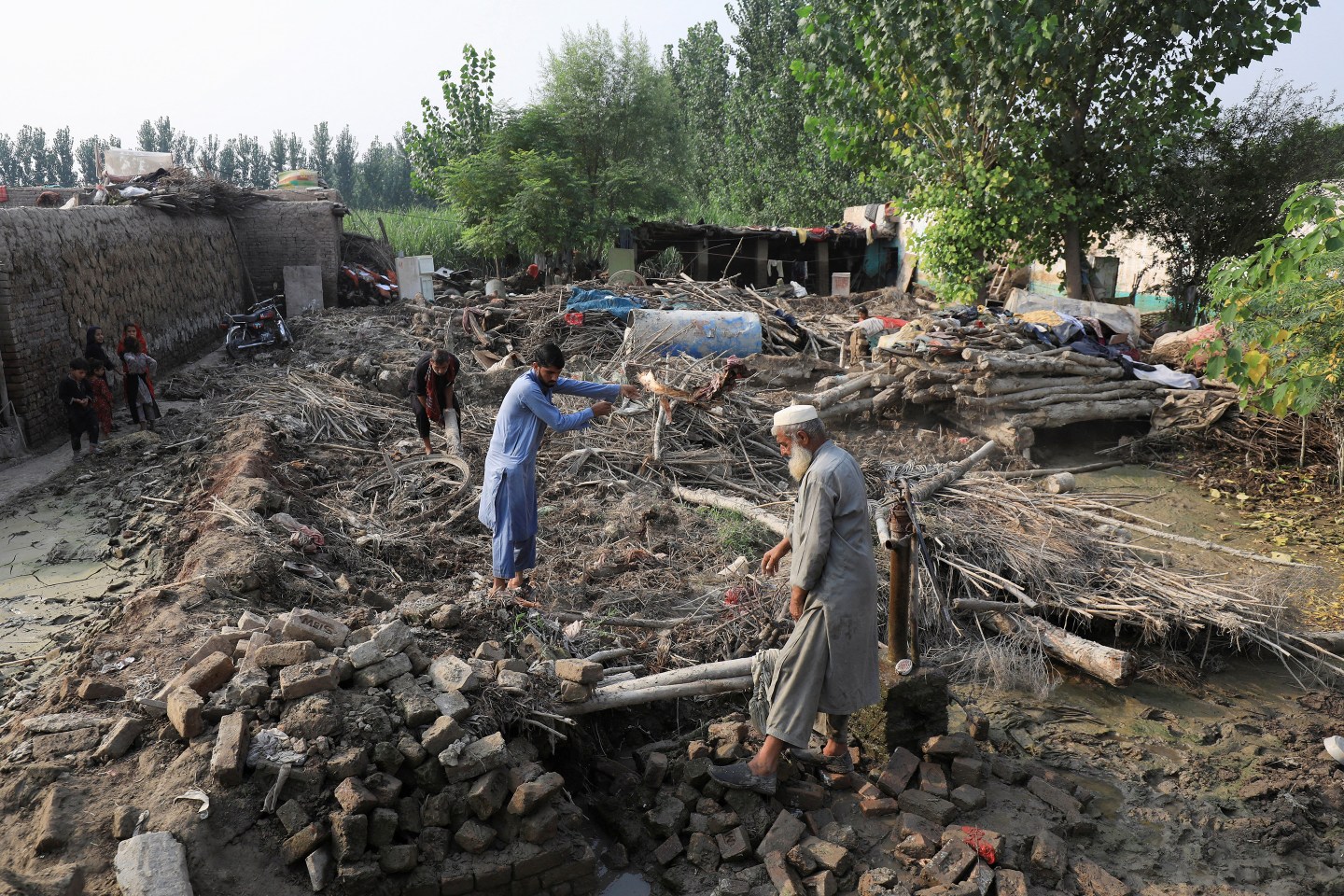 Flood victims clear the rubble of their damaged house, following rains and floods in Nowshera, Pakistan, on Sept. 4, 2022.
Fayaz Aziz—Reuters

While many might associate climate change with visions of parched land and dangerous heat, the reality is that some regions of the world aren’t getting drier, but much wetter.

Throughout the summer and into the fall, Pakistan has experienced record flooding as above-average rainfall has transformed into a “monsoon on steroids,” according to the United Nations.

The rain is continuing to fall, making it virtually impossible to assess the damage that the country has incurred so far. Last week, the country’s minister of planning and development, Ahsan Iqba, said the cost of the damage was likely north of $10 billion.

Now he’s saying the damage will be “far greater” than that.

Still, it will probably be another six to eight weeks until an exact figure can be known, the official told Bloomberg on Tuesday.

The flooding, which started in June, has now covered approximately one-third of Pakistan’s total land area. The death toll recently surpassed 1,300, with thousands more displaced as their homes have been destroyed. The flooding has impacted millions of people overall.

Speaking with Bloomberg, Iqba emphasized the unfair nature of the disaster. “All those countries that contributed to global warming have a responsibility to help us now and be partners in rehabilitation and rebuilding,” he said.

Pakistan, the world’s fifth most populous country, contributes less than 1% annually to global carbon emissions. “This tragedy is not of our own making,” he said. “It’s due to global warming.”

Iqba’s sentiment echoes comments the country’s foreign minister, Bilawal Bhutto Zardari, made to CNBC last week. “The people of Pakistan at this point in time are paying with their lives and livelihoods for a climate disaster that is not of their making,” he said, noting that the flooding is of “biblical proportions.”

This year’s flooding is not the first time Pakistan has experienced a climate catastrophe in recent memory. Devastating flooding in 2010 is estimated to have impacted over 18 million people and resulted in a death toll of nearly 2,000.

This summer, climate change has made headlines around the world as simultaneous heat waves hit the U.S., Europe, and China, ruining harvests, drying out rivers, and worsening energy crises.