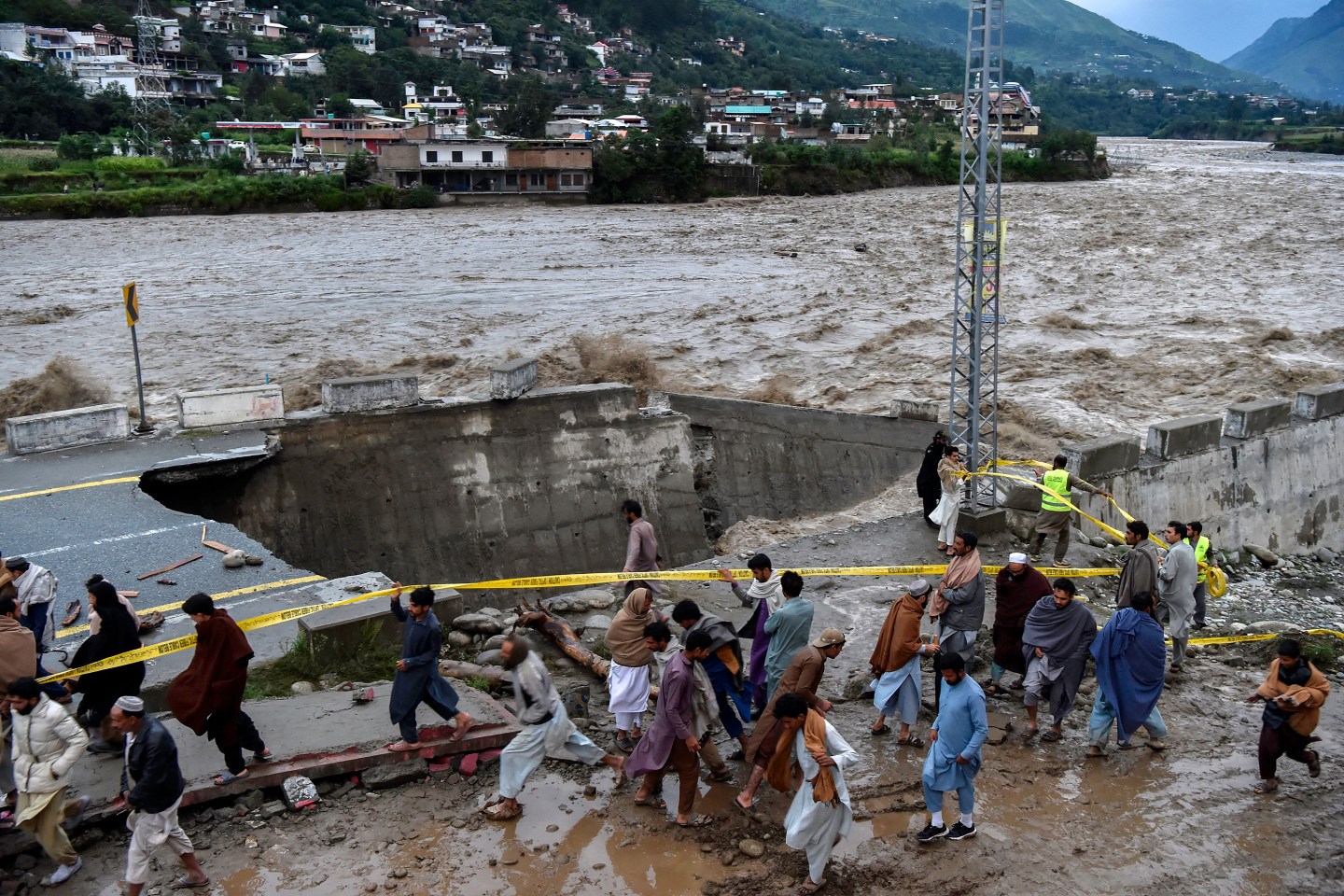 This summer, many countries have endured record heat waves and droughts that have wrecked harvests and dried out rivers.

Pakistan, however, is dealing with a different type of catastrophe. Since June, the country has experienced so much rainfall that a third of the country is now underwater. “This is literally a climate disaster of biblical proportion,” Bilawal Bhutto-Zardari, the country’s foreign minister, told CNBC on Thursday.

Summer and fall is Southeast Asia’s regular monsoon season, but this year’s weather patterns have come with an added layer of unpredictability that have brought uniquely devastating rainfall.

“Can you imagine, not just rain, but incessant rain, one after another, going on from June all the way to the end of August,” said Bhutto-Zardari. “This is something that is very difficult to put into words and very difficult to understand until you see it with your own eyes.”

The flooding has so far impacted 33 million people, representing a population greater than countries like Australia, Sri Lanka, and Portugal, said Bhutto-Zardari. With over 235 million people, Pakistan is the world’s fifth most populous country.

Pakistan contributes less than one percent of annual global carbon emissions, yet is experiencing an outsized share of climate change’s impact, said Bhutto-Zardari. “The people of Pakistan at this point in time are paying with their lives and livelihoods for a climate disaster that is not of their making,” he said.

The death toll has recently passed 1,100 fatalities, a third of which have been children, according to Bhutto-Zardari, who emphasized that those numbers do not represent the entire scope of the tragedy. “This is an ongoing disaster,” he said, noting that the death toll is likely to increase with the country still in the “relief and rescue” phase.

Compounding the immediate impact of the flooding, he said, is the threat of widespread waterborne illness.

Pakistan’s resources have already been stretched beyond measure with even greater flooding still anticipated, said Bhutto-Zardari. “The sheer scale of the people that have been devastated by this catastrophe far outnumbers stretchers, our government’s own resources, our human resources, our medical resources,” he said.

Once the floodwaters recede, the country’s disaster relief efforts will pass into a “restructuring and rehabilitation” phase, he said. So far, estimates based on severe flooding in 2010 place economic damage at approximately $10 billion, a number Bhutto-Zardari said is conservative. “We can imagine that the scale of the damage will also be a lot more,” he said.