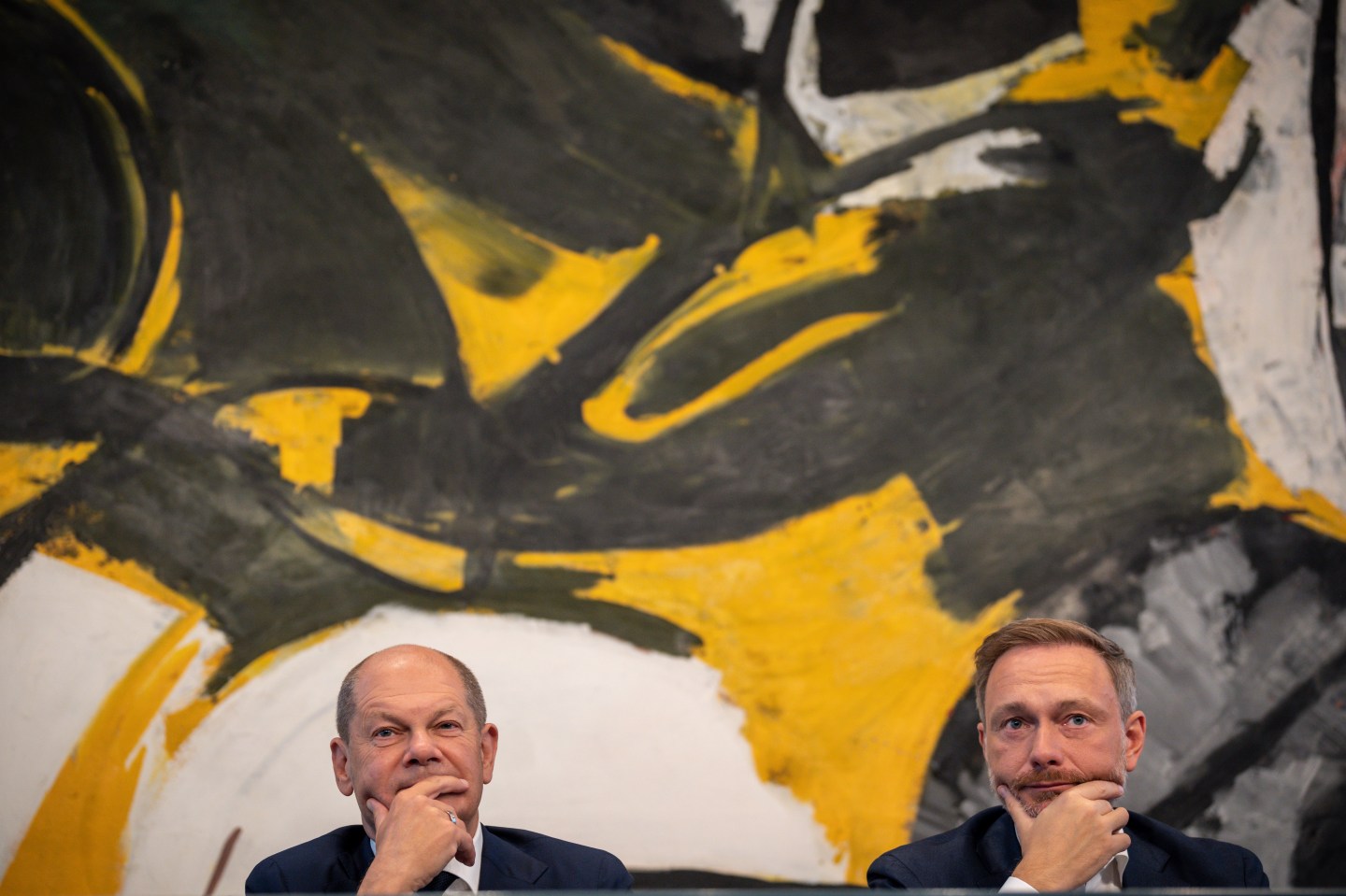 As Europe tries to figure out solutions for its rapidly deepening energy crisis—which threatens to deliver mass bankruptcies and social unrest this coming winter—Germany’s government has decided it will be essential to go after energy firms’ profits.

On Sunday, Berlin unveiled a gargantuan €65 billion support package for households and energy-intensive companies, to help them deal with the soaring cost of power, and to rein in inflation. That’s more than double the amount of relief that has already been offered since Russia’s invasion of Ukraine in late February, which triggered the crisis.

To fund this bailout of consumers and industry, the government will place a levy on the profits of energy producers who are using sources other than natural gas.

The price of gas is the big problem in Germany, and indeed across most of Europe—wholesale energy prices are determined by the most expensive source that is needed to meet demand at the time, and with Russia having strangled its gas supplies to Europe, the stratospheric ascent of gas prices means higher electricity prices for all, even if the underlying generation uses cheaper sources like wind or nuclear.

So the German government will target the profits made by power producers “that don’t have such high production costs and give them back to the citizens,” Chancellor Olaf Scholz said Sunday, promising “many, many billions” of euros in additional revenue.

Responding on Monday, the German energy industry association BDEW warned of a potential impact on the country’s shift from fossil fuels to renewables.

“Investments in the energy transition must not be reduced by an excess profit tax,” said BDEW chair Kerstin Andreae.

“The relief that has been decided will be able to dampen the enormous increases in energy prices caused by the Russian war of aggression,” she added. “However, it is also clear that saving energy in households and companies is still the order of the day so that we can get through the winter.”

The German energy giant E.ON (#112 in the Fortune Global 500), which focuses on renewables these days, told Fortune Monday that it was too early to “prejudge in detail” the effects of the government’s proposal.

“The call for a levy on windfall profits of energy producers is not new and is also understandable in principle—especially if extensive government relief measures have to be financed in a crisis situation such as the current one,” said spokesperson Leif Erichsen.

“It is important not to lump energy companies together,” he added. “Even if producers are currently benefiting from high prices, not the entire sector is. Many municipal utilities and E.ON are examples: Our sales business is pure margin business, we have to pass on higher procurement costs to our customers at some point—just like the baker who buys flour from the wholesaler has to pass on a tenfold increase in the price of flour at some point.

“To put it bluntly, we’re doing well economically, but we’re not benefiting from higher energy prices.”

The wider European Union response is also likely to include such a levy on producers’ excess profits, Politico reported Monday.

The European Commission was already keen on the measure, but Germany’s support was lacking due to internal wrangling between members of its governing coalition. That deadlock has now been broken, with the Free Democrats—the pro-business, anti-tax-rise smallest partner in the coalition, which holds the finance ministry—having given in.

Hitting energy firms with the windfall tax is not actually the most drastic measure Europe’s leaders could take. Some would like to see radical reforms of the energy-pricing system that would effectively decouple gas prices from the broader mix—Politico reported that this option remains on the table.

However, Deutsche Bank said in a Monday note that “such a system would likely take years to implement.”

Last year, the average spot price for electricity in Germany was around €97 per megawatt hour. A week ago, it hit record highs of more than €1,000/MWh, though it did then more than halve when the Commission—the EU’s executive body—said it was preparing to step in.

At the end of last week, Russia’s Gazprom exacerbated the crisis by saying that its Nord Stream 1 gas pipeline to Germany—which was shut down for maintenance for a few days—would remain offline indefinitely.

The fossil-fuel giant claimed Friday that this was because of an oil leak in a turbine, and Germany’s Siemens Energy couldn’t fix it because of sanctions, but Siemens Energy pushed back—it said sanctions would not block repairs, and in any case Gazprom had not asked it to fix the turbine.

On Monday morning, amid widespread suspicions that the shutdown was politically motivated, European gas prices shot up by as much as 30%. Later in the day, the Kremlin confirmed those suspicions by saying Nord Stream 1 flows would not resume in full while western sanctions against Russia are in place.

Europe has done a good job filling up its gas reserves ahead of winter, with storage facilities hitting an 80% target well ahead of the start of November.

However, it’s running out of non-Russian sources for its gas supply, and rationing remains a possibility, particularly if a harsh winter necessitates heavy gas usage for heating.

This article was updated on Sept. 5 with a note of the Kremlin’s confirmation of the political motivation behind the Nord Stream 1 shutdown, and with comment from the BDEW.