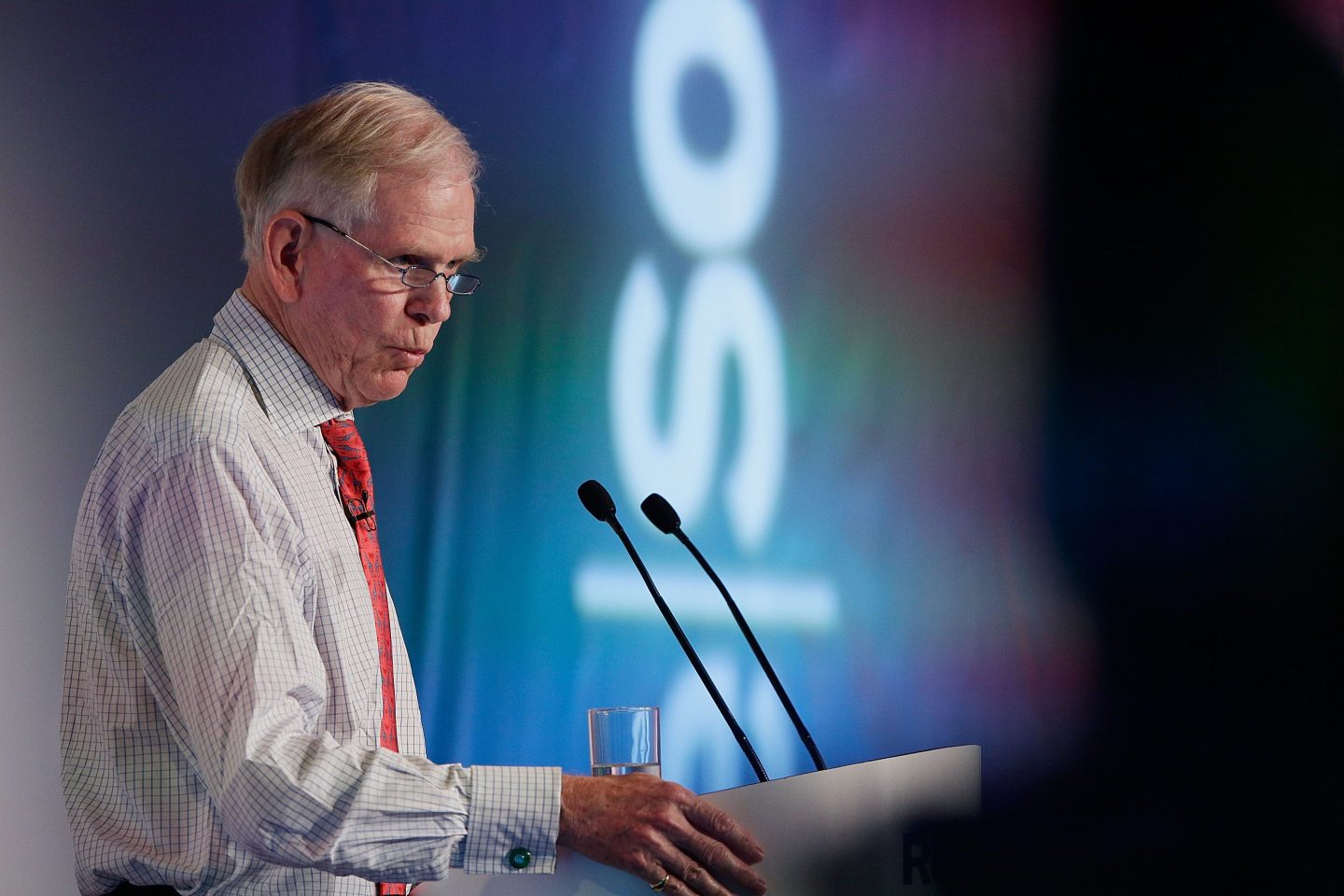 Jeremy Grantham is among Wall Street’s most respected investors.

The cofounder of Boston asset manager GMO is well known for having predicted Japan’s asset price bubble in the 1980s, the dot-com bubble of the late ’90s, and even the U.S. housing blowup that came before the 2008 financial crisis.

Now the 83-year-old Wall Street veteran is arguing that despite the stock market’s struggles this year, the economy’s real downturn has yet to come. Grantham has been warning of a brewing “superbubble,” and he says it’s yet to pop.

In a Wednesday research note, the investor noted that stocks remain “very expensive” and high inflation like the economy is experiencing now has historically led their valuations to contract. He also claimed that global economic “fundamentals” have begun to “deteriorate enormously” in recent months, pointing to COVID-19 lockdowns in China, the energy crisis in Europe, global food insecurity, Federal Reserve interest rate hikes, and slowing government spending worldwide.

“The current superbubble features an unprecedentedly dangerous mix of cross-asset overvaluation (with bonds, housing, and stocks all critically overpriced and now rapidly losing momentum), commodity shock, and Fed hawkishness,” Grantham wrote. “Each cycle is different and unique—but every historical parallel suggests that the worst is yet to come.”

Grantham has consistently argued that the loose monetary policies of the Federal Reserve and other central banks, including near-zero interest rates and quantitative easing, helped create a “superbubble” in asset prices worldwide over the past decade, spawning an era of investor euphoria. And when euphoria becomes common, a collapse is usually around the corner, he argues.

Grantham also doesn’t buy the idea that the stock rally this summer marked the start of a new bull market, noting that “superbubbles” have historically featured brief market rallies.

“Superbubbles are events unlike any others: While there are only a few in history for investors to study, they have clear features in common,” he wrote. “One of those features is the bear market rally… This summer’s rally has so far perfectly fit the pattern.”

His comments echo statements made by multiple Wall Street veterans, including Morgan Stanley’s chief investment officer Mike Wilson, who has been arguing the bear market rally is nothing but a “trap” for misguided investors since June (although Wilson stops short of calling the market a bubble).

Grantham went on to explain the typical stages that superbubbles go through when they collapse, noting that the current economic environment looks very similar to the historical pattern.

“First, the bubble forms; second, a setback occurs, as it just did in the first half of this year, when some wrinkle in the economic or political environment causes investors to realize that perfection will, after all, not last forever, and valuations take a half-step back. Then there is what we have just seen—the bear market rally. Fourth and finally, fundamentals deteriorate and the market declines to a low,” he wrote.

Grantham also elaborated on how rising inflation was the key driver of stock market declines in the first half of the year, but falling corporate profit margins will be the main cause of losses through December. He ended his research note with an important caveat about his prediction, however.

“If the bear market has already ended, the parallels with the three other U.S. superbubbles—so far so strangely in line—would be completely broken. This is always possible. Each cycle is different, and each government response is unpredictable,” he said. “But…if history repeats, the play will once again be a Tragedy. We must hope this time for a minor one.”