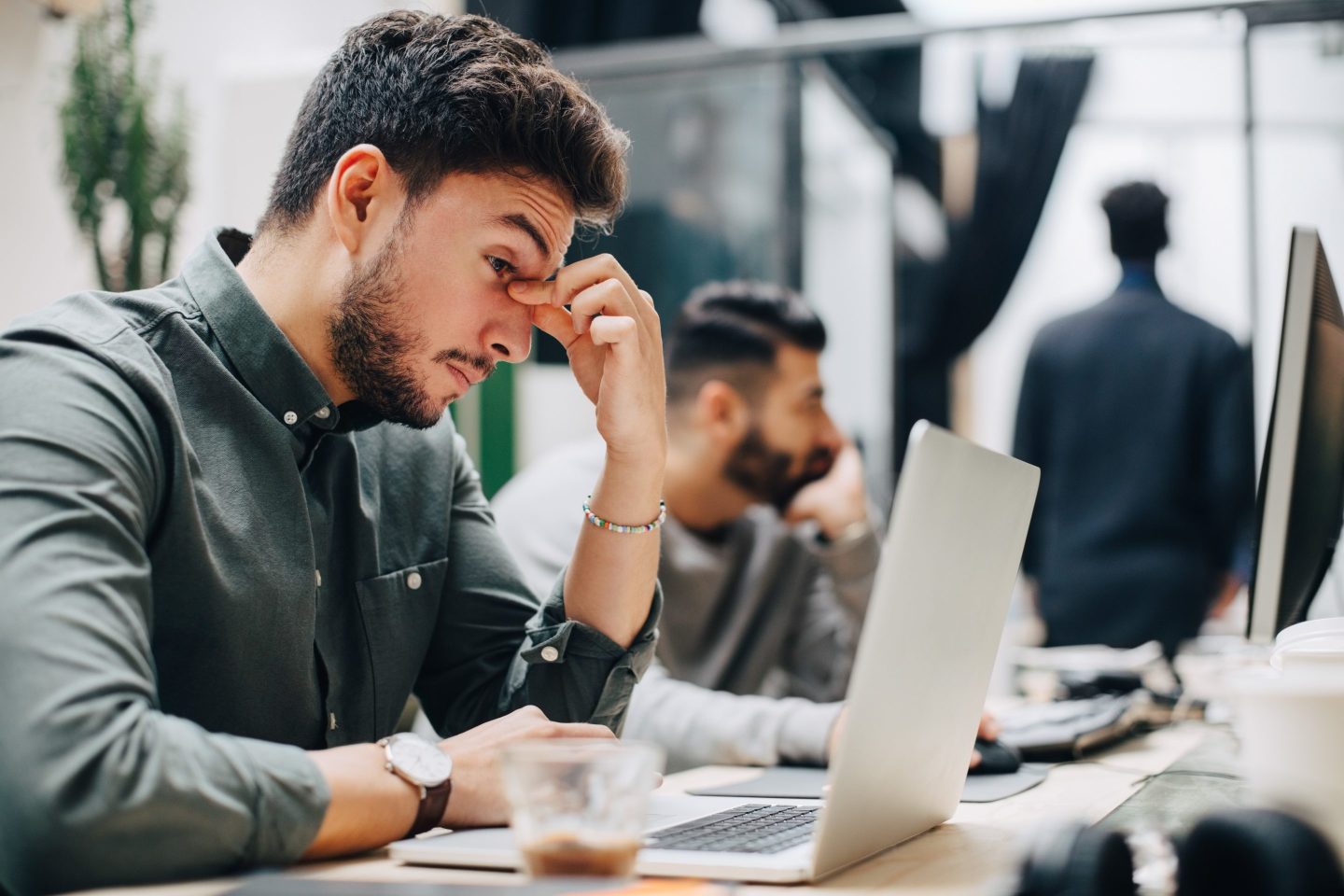 Some argue "quiet quitting" and "quiet firing" are a result of a passive aggressive culture festering in the workplace.
Getty Images

I think we can all agree that “quiet quitting” is having a moment. But what about the other side of the coin? While employees are silently backing away from the rigors of their jobs, managers are quietly pushing workers toward the exits.

We’ve seen a variety of takes on quiet quitting over the last few weeks, but one of my favorites (and in my opinion, most nuanced) maps out the lesser talked about phenomenon of “quiet firing.” In a commentary for Fortune, my colleague Ashley Lutz argues that the issue might not rest solely with your employees—it’s with your managers as well, and the passive-aggressive culture that’s festering in the workplace.

For those who haven’t kept up with the conversation in recent weeks, “quiet quitting” involves doing the bare minimum at your job, instead of going above and beyond to succeed. Think of it as a slow fade as employees pull back on performing extra work to find a new job or more work-life balance. The trend, originally surfaced by a Gen Z TikTok creator, unleashed an avalanche of passionate backlash from business leaders.

Quiet quitting is ultimately a form of burnout and a silent protest against what some consider unhealthy workplace cultures. Most notably voiced by younger generations, quiet quitting has alarmed HR heads across sectors who are fighting to retain and engage talent in an ever-tight talent market that’s become increasingly remote (Read: a lack of visibility on employees’ doings).

And if that’s not enough, there’s also “quiet firing,” in which managers quietly ignore their direct reports’ requests for promotions or higher pay, in hopes that they’ll get the hint and leave the company on their own. It’s choosing the passive route of leadership rather than giving an employee honest feedback and steps to improve, writes Lutz.

For HR leaders, this might be cause for even greater concern for HR leaders. It could turn out that your managers are quietly pushing out valuable talent instead of coaching them and aiding in boosting their performance.

In the below excerpt from the commentary, Lutz identifies this as a new culture of passive aggression that has developed in the workplace. It turns out, that both the responsibility and blame might fall on all of us:

“The workplace dynamics have shifted so dramatically it’s as if everyone is a character in Succession, being frozen out or freezing someone else out at every turn,” Lutz writes. “Advocating for ourselves and having honest conversations are essential social skills that pay off in our careers and relationships. Building resilience is rewarding and can lead to better outcomes in the office and beyond.”

To continue the quiet quitting conversation, I spoke with Katarina Berg, Spotify’s chief human resources officer about how leaders can better foster an environment of honest conversation—one that eschews the petulant “quiet” culture. At the music streaming platform, which has spent the past year perfecting its “Work From Anywhere” program, Berg says she’s encouraging a culture of trust and psychological safety in an effort to ward off quiet quitting and obtain workforce buy-in.

“The thing that HR and managers or organizations should discuss is the part of quiet quitting that has to do with people not [being] trusted, and they also don't trust their management team. Therefore they don't find any other resolution other than doing this type of very silent activism. So I think with culture you have to always be proactive…and you have to be very deliberate and intentional.”

- Asking a job candidate’s former employer for a reference is a standard hiring practice, but it can also be rife with bias. Experts say it’s best to have a rigorous vetting process that doesn’t rely solely on word of mouth. Business Insider

- Mental health isn’t just an HR issue anymore, it’s a management issue. When mental health is addressed higher up the organizational chart, more effective policies are put in place, according to a study from the Josh Bersin Academy. MIT Sloan Management Review

- As the Great Resignation rages on, one group of employees has proven to be exceptionally loyal—refugees. Seventy-three percent of employers with refugees reported higher retention rates among that group compared to non-refugees, according to a study from the Fiscal Policy Institute. Bloomberg

- Business travel in 2021 was just 50% of its 2019 pre-pandemic levels, and some say it might never return. About 40% of people who used to travel at least three times a year say they never expect to travel for work again. Quartz

Autonomy economy. Some companies are being accused of “flex-washing,”  touting flexible work policies that are actually restrictive and dictate which days an employee must work in the office or what hours they should be online. —Holger Reisinger

The tables have turned. Office power dynamics are shifting. Almost 60% of employees feel their bosses have the upper hand in the office, and many employees feel less confident asking for raises and flexible work amid recession and layoff fears. —Jane Thier