Mark Zuckerberg thinks the metaverse will be ‘a lot healthier for us.’ History suggests he’s wrong 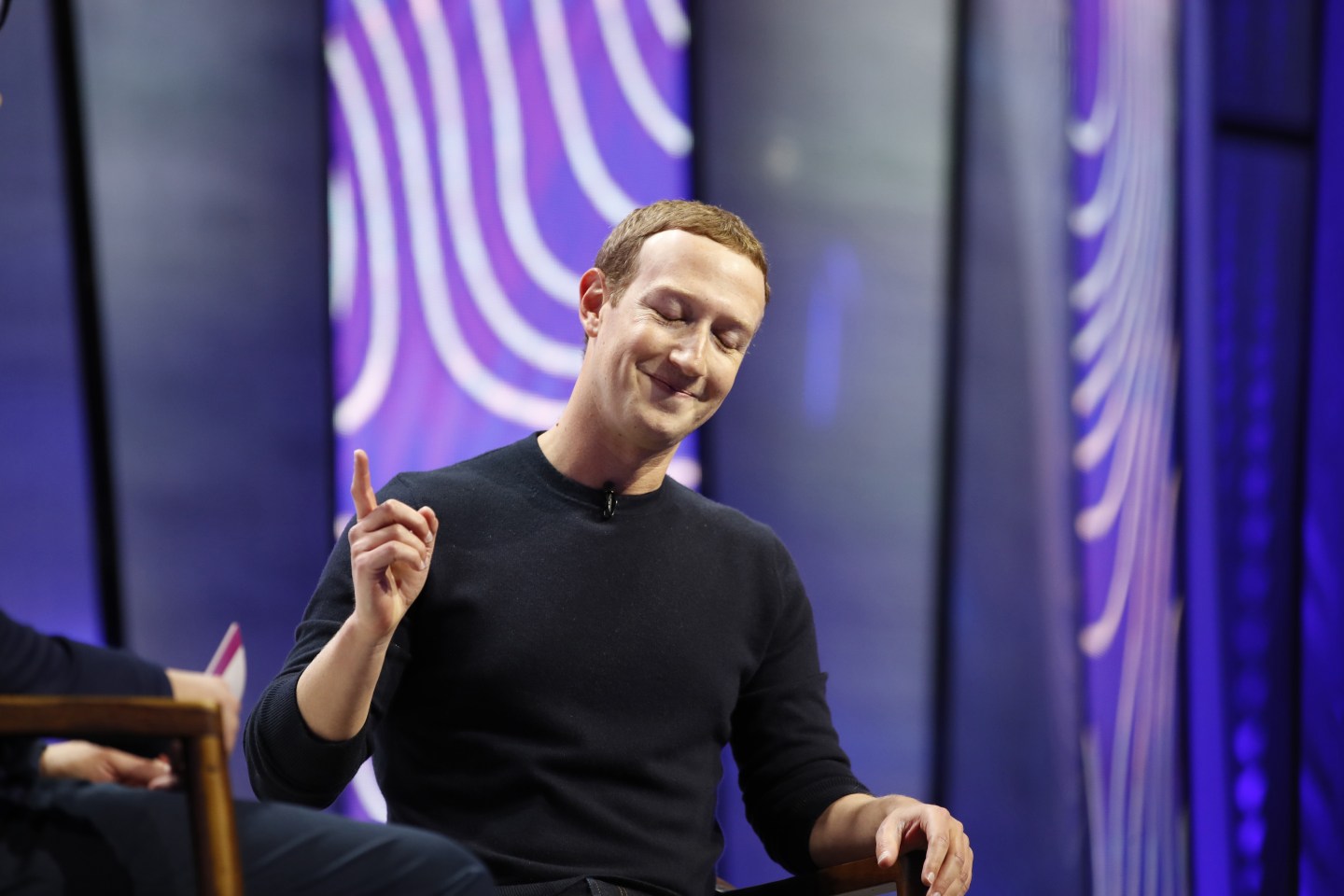 Set aside your disdain for Mark Zuckerberg and his digital Frankensteins for a moment, and consider this question: could the so-called metaverse someday make our dysfunctional online ecosystem better?

The Facebook co-founder and Meta CEO, in a rare extended interview aired Thursday with podcaster Joe Rogan, actually made a compelling—if gravely naive—case for the merits of the metaverse.

In Zuckerberg’s vision, this still-nebulous mix of augmented and virtual reality will help create more intimate social experiences, bringing people together (albeit in avatar form) in settings more conducive to friendlier relationships. Rather than passively sniping at each other from the comfort of a keyboard, Zuckerberg foresees a return to more active interactions in his company’s nascent creation.

“I think it’s probably going to be a lot healthier for us,” Zuckerberg told Rogan. “Rather than consuming all this additional context through this tiny little portal we carry around on a phone … I think to have it be able to be overlaid and have kind of people be able to pop in and interact through it, I think that’s going to be powerful.”

Zuckerberg went on: “My goal for these next set of platforms, they are going to be more immersive, and hopefully they’ll be more useful—but I don’t necessarily want people to spend more time with computers. I just want the time that people spend with screens to be better. Today, so much of it is you’re just sitting around in this beta state, consuming stuff.”

In some sense, Zuckerberg’s intuition feels refreshing. Our current suite of technological devices has simultaneously made us more digitally connected but physically isolated. A new ecosystem that makes it easier to see and hear each other in a meaningful way should, in theory, help mend our fraying social fabric.

Yet Zuckerberg himself, along with fellow tech pioneer Jack Dorsey, showed us Thursday why this utopian vision is more dream than destiny.

Despite their initial noble intentions for Facebook and Twitter—namely, providing platforms for making the world more connected—both platforms have evolved into uncontrollable monstrosities, causing damage that their founders never foresaw.

For perspective on the scope of those issues, consider how Zuckerberg told Rogan that Meta, the parent company of Facebook and Instagram, now spends somewhere in the neighborhood of $5 billion per year on its “community integrity” teams. Those units are responsible for identifying abusive content, removing harmful material, and combating disinformation, among other tasks.

The breadth of Meta’s safety, security, and corporate issues are so vast that Zuckerberg admitted he wakes up most mornings and feels like he’s been “punched in the stomach” after looking at the deluge of “not good” messages on his phone. Think that’s what Zuckerberg envisioned in his Harvard dorm room?

Dorsey was less elaborate Thursday in his thoughts on Twitter’s state of being, though no less rueful about his creation.

Asked by an apparently random Twitter user whether the platform “has turned out the way you wanted,” Dorsey replied: “The biggest issue and my biggest regret is that it became a company.” He went on to state that he wished Twitter had become “a protocol,” commonly defined as decentralized, interoperable tools used to power ubiquitous digital programs, like email and instant messaging.

The comment echoed past gripes by Dorsey about Twitter becoming “owned by Wall Street and the ad model.” While Dorsey hasn’t gone into great detail about these complaints, the obvious implication is that financial motives have overtaken the platform, leading to the amplification of popular-but-divisive content and the unnecessary censorship of speech.

In many ways, Zuckerberg finds himself back at the early days of Facebook, trying to create something from scratch (albeit with billions of dollars and thousands of employees at his disposal this time).

“I just want to make it so that the experiences we’re having aren’t just these passive things,” Zuckerberg told Rogan.

Yet the metaverse is already rife with questions about troubling user behavior, ranging from harassment to hate speech to virtual violence. It’s also easy to envision a plethora of impending ethical dilemmas about what kind of interactions will be allowable, how behavior will be policed, and how Meta’s monetary motives will influence its decision-making.

Zuckerberg might “just want to make” things, but he should know by now it’s never that simple.

Finally got a deal. U.S. and Chinese government officials have reached an agreement on auditing regulations that should allow hundreds of Chinese companies, including Alibaba and JD.com, to remain listed on American stock exchanges, The Wall Street Journal reported. The pact caps about a decade of tense negotiations between the two nations, which have fought over transparency requirements for Chinese companies trading in the U.S. Under the deal, American regulators can travel to China to inspect audits of publicly traded companies, an authority that Chinese government leaders have resisted on national security grounds.

Service out in the sticks. T-Mobile and SpaceX announced a partnership Thursday to provide wireless phone service in rural parts of the U.S. that lack consistent coverage, Bloomberg reported. The agreement will boost the service of existing T-Mobile customers in remote locations, most of whom will pay no additional fees for the benefit. SpaceX will provide the coverage through its Starlink low-orbit satellite network, which has largely focused to date on expanding broadband internet coverage in rural areas.

A pair of Plains plants? Panasonic is discussing whether to build a $4 billion electric vehicle battery factory in the U.S., an addition that would expand the Japanese conglomerate’s growing American footprint, The Wall Street Journal reported. The company, which is a top supplier of Tesla EV batteries, is considering an investment in Oklahoma, giving it close proximity to Tesla’s new Texas assembly plant. Pasasonic previously disclosed plans in July for a similar $4 billion battery plant in Kansas, which would be separate from an Oklahoma-based project.

Still safe for now. A digital thief stole internal source codes and documents from LastPass, a Massachusetts-based company that stores website usernames and passwords for more than 25 million people, The Register reported Thursday. The hacker did not access users’ login information, and there’s no evidence that passwords have been compromised, LastPass officials said. CEO Karim Toubba said an unauthorized individual entered LastPass internal systems through a “single compromised developer account.”

All quiet on the western front. California took a huge step this week toward electrifying American roads—and in a surprising change, automakers didn’t really raise a stink. The New York Times reported Thursday that Golden State regulators, who have ticked off the auto industry in the past with aggressive climate-centered rules, avoided any major backlash with their announcement that sales of internal-combustion vehicles (namely, gas-powered cars) will be banned starting in 2035. The announcement wasn’t necessarily expected to draw roars from Detroit and foreign automakers, given their pledges in recent years to invest hundreds of billions of dollars in EV development. Still, the relative quiet illustrates the rapid shift in attitudes toward EVs among car manufacturers.

One reason automakers are embracing rather than resisting the transition is that consumers have shown an appetite for electric models. In the first half of the year, more than 370,000 fully electric vehicles were sold in the United States, up 76 percent from the year before, according to Cox Automotive.

Moreover, manufacturers believe that E.V. sales will continue to accelerate and exceed sales of gasoline-powered cars and trucks before long. Ford says it has more than 200,000 reservations for the electric F-150 Lightning pickup. G.M. said it had 150,000 for an electric Chevrolet Silverado, a truck that doesn’t go into production until next year.

Bitcoin, Ethereum fall after Jerome Powell warns of ‘some pain’ ahead in fighting inflation, by Taylor Locke

Joe Rogan points out how anyone can abuse Mark Zuckerberg’s glasses to film anyone without consent in a matter of seconds, by Colin Lodewick

A Proud Boys network was trying to stealthily mobilize on Facebook and Instagram. Meta’s counterterrorism team snuffed them out, by Tristan Bove

NATO investigates online sale of classified military data, including blueprints of weapons being used in Ukraine, by Chloe Taylor

The Block just made a big bet on blockchain media. Will it work?, by Jeff John Roberts

Source of confusion. Gaming journalism outfit GLHF had a real SMH moment Friday morning. The outlet, whose acronym stands for Good Luck Have Fun, whipped Wall Street into a frenzy by reporting that Amazon planned to announce a blockbuster bid to buy the video game developer Electronic Arts (the story ran on USA TODAY’s website through a publishing agreement). But within hours, USA TODAY retracted the article because it “violated our editorial standards regarding the use of unnamed and unvetted sources.” The retreat came after CNBC reported that claims of an imminent acquisition were false. Despite the retraction, investors are still acting as if there’s a kernel of truth to the rumors. Electronic Arts shares closed up 4% Friday, while the broader markets slipped about 3%.