Corporations break themselves up all the time. So why shouldn’t regulators break up Big Tech? 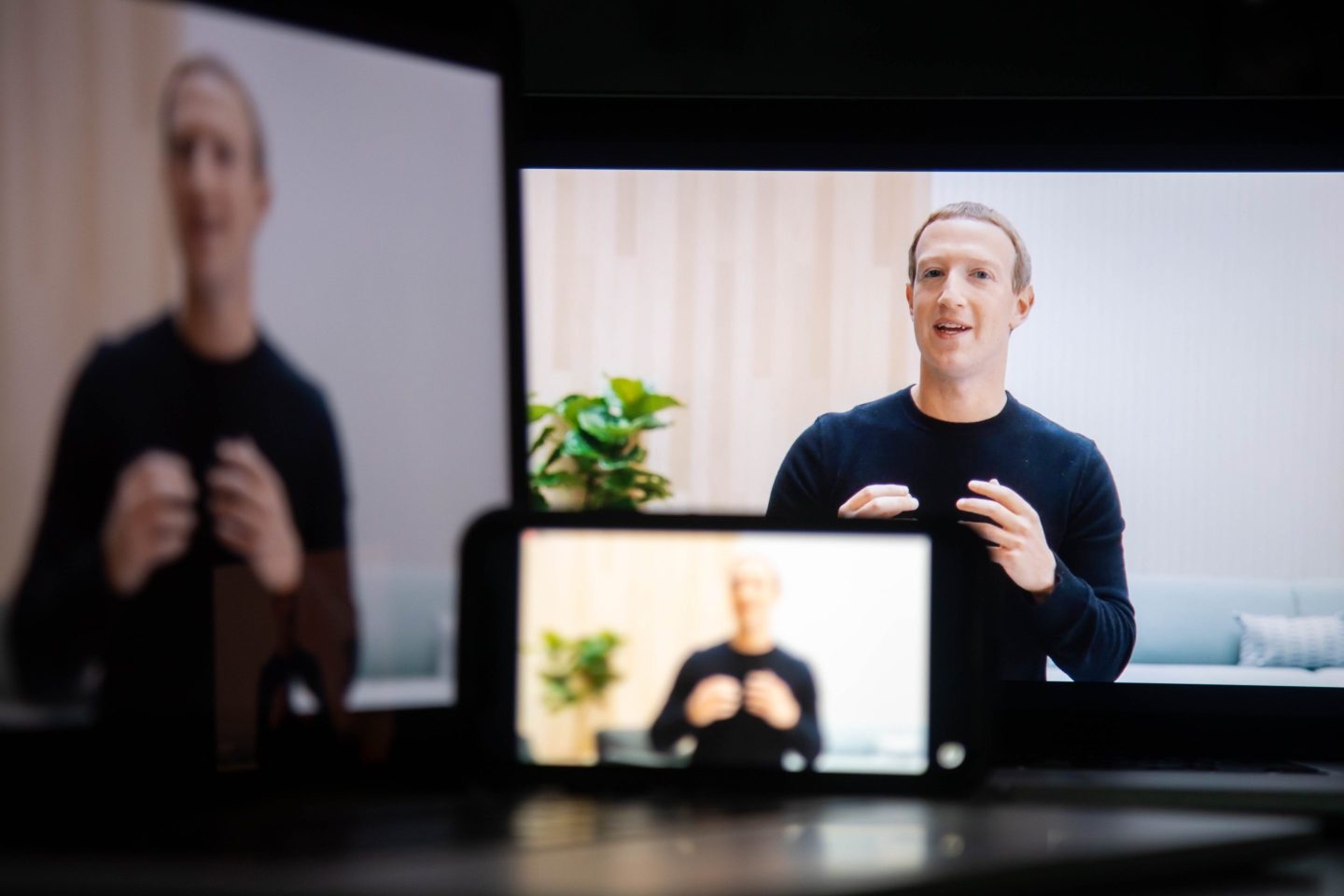 FTC Chair Lina Khan has sought to block Meta's acquisition of VR fitness app Within as part of her effort to rein in Big Tech.
Michael Nagle—Bloomberg/Getty Images

Breaking up companies is an American pastime.

In late July, after finalizing plans to break itself up last year, General Electric announced that the new companies would be called GE Aerospace, GE Vernova, and GE Healthcare. A few months earlier, cereal manufacturer Kellogg Co. announced it would also be splitting itself into three companies–for cereals, snacks, and plant-based foods. Just a few years ago, Dow Chemical and DuPont merged, but with the plan of reorganizing and then spinning off three separate companies: Dow for commodity chemicals, DuPont for specialty chemicals, and Corteva for agricultural chemicals.

Corporate breakups are a routine part of capitalism. So why is it deemed an irreparable interference in markets when regulators break up companies, instead of CEOs or activist investors?

When we think of breaking up companies, famous examples such as Standard Oil in 1911 or AT&T in 1982 come to mind. In these cases, trustbusters in the government split the company to restore competition or to rein in the power of one dominant firm.

Less known is that when the U.S. Supreme Court broke it up into 33 separate companies, it became worth more to investors in pieces than it was together. Rockefeller was on the golf course when he heard the news. “Buy Standard Oil” was his response, which proved an excellent stock tip. Today, some investors make similar arguments in favor of breaking up Facebook and Alphabet.

Not a death sentence

While antitrust breakups are rare by comparison, they are conducted–in theory–for reasons of public benefit. Public figures like Elizabeth Warren and Zephyr Teachout have advocated for them, but antitrust breakups are often painted as radical, ineffective, or impractical. Fiona Scott Morten, a professor of economics at Yale, has written that “Just ‘break them up’ is an oversimplified sound bite, not a real policy that would restore competition in digital markets and benefit consumers.” Other tech journalists have called them a “messy proposition” and even a “nuclear option.”

As federal and state antitrust investigations ramp up against Google, Facebook, and Amazon by the Federal Trade Commission, the Department of Justice, and state attorneys general, narrative resistance also builds.

When it comes to breakup rulings, defenders of free markets and corporate sovereignty usually rely on a few key claims. First is the “omelette” argument: Just as it is impossible to unscramble an egg, it is impossible to unwind companies. Proponents of this view claim that it is a technical nightmare to separate internal functions and infrastructure, organizational arrangements, and technical specifications for products that have been built together. The American Action Forum, a conservative public policy think tank, has said that for highly integrated tech firms, breakups are a “death sentence.”

However, as investors and corporate executives regularly show us, where there is a will–and a balance-sheet incentive–there is a way. Painting the breakup of companies as radical not only ignores the fact that this is regularly (and voluntarily) done by corporate executives but also flouts the legal remit of the Federal Trade Commission and the Department of Justice to administer these remedies.

In 1961, Justice Brennan of the Supreme Court observed in a DuPont case, “Divestiture has been called the most important of antitrust remedies. It is simple, relatively easy to administer, and…it should always be in the forefront of a court’s mind when [an anticompetitive merger] has been found.”

Other arguments against breakups include the notion that investors are better market watchdogs than governments or that markets will self-correct in favor of competition. Government action is seen as a slow, cumbersome, and blunt tool–a boulder thrown into the otherwise smooth waters of market efficiency.

Proponents of this view also argue that governments respond to the whims of popular political sentiments, politically charged talking points, and the electoral pressures of whichever politician happens to be in power. Current FTC commissioner Christine Wilson has previously tweeted about her need to fight for “the integrity of [The FTC], sound (not subjective and politicized) antitrust enforcement; the rule of law and due process; and free markets, which beget free people, because command & control economies fail.”

However, markets are not abstract forces guiding companies to better and more efficient business decisions. They are public creations that are governed by politically determined rules. Right now, we have markets governed by one set of rules that allows constant mergers and acquisitions, which has resulted in one of the most concentrated economies in American history.

Only recently, under the leadership of Chair Lina Khan, has the FTC begun challenging mergers, like the recent attempt to block Meta’s acquisition of app creator Within. Over the previous decade, the FTC did not block a single Amazon, Google, or Facebook merger, as tech companies amassed unprecedented market power.

A different set of rules could lead to fairer markets, a more level playing field, and better outcomes for consumers. Breakups are routine for business and should be similarly routine for antitrust enforcers. Breaking up companies is not a baseless interference in markets, the politicization of legal precedent, or a Herculean task. When warranted, breakups are just good commercial governance, as investors regularly show us.

While tech companies and their networks of paid academics and advisors will try to color breakups as a radical last resort, enforcers should take courage from private sector precedent. They can look to the vast literature on voluntary corporate divestitures to guide them.

Breaking up companies can be good for consumers, workers, small businesses, and even investors. Breakups may be a rare example of a true win-win scenario. As the FTC takes on an aggressive campaign to rein in big tech, the agency aligns itself with capitalists the world over who regularly break up companies to keep markets competitive.

Denise Hearn is a senior fellow at the American Economic Liberties Project and co-lead of the Access to Markets Initiative. She is co-author of The Myth of Capitalism: Monopolies and the Death of Competition and writes the Embodied Economics newsletter.