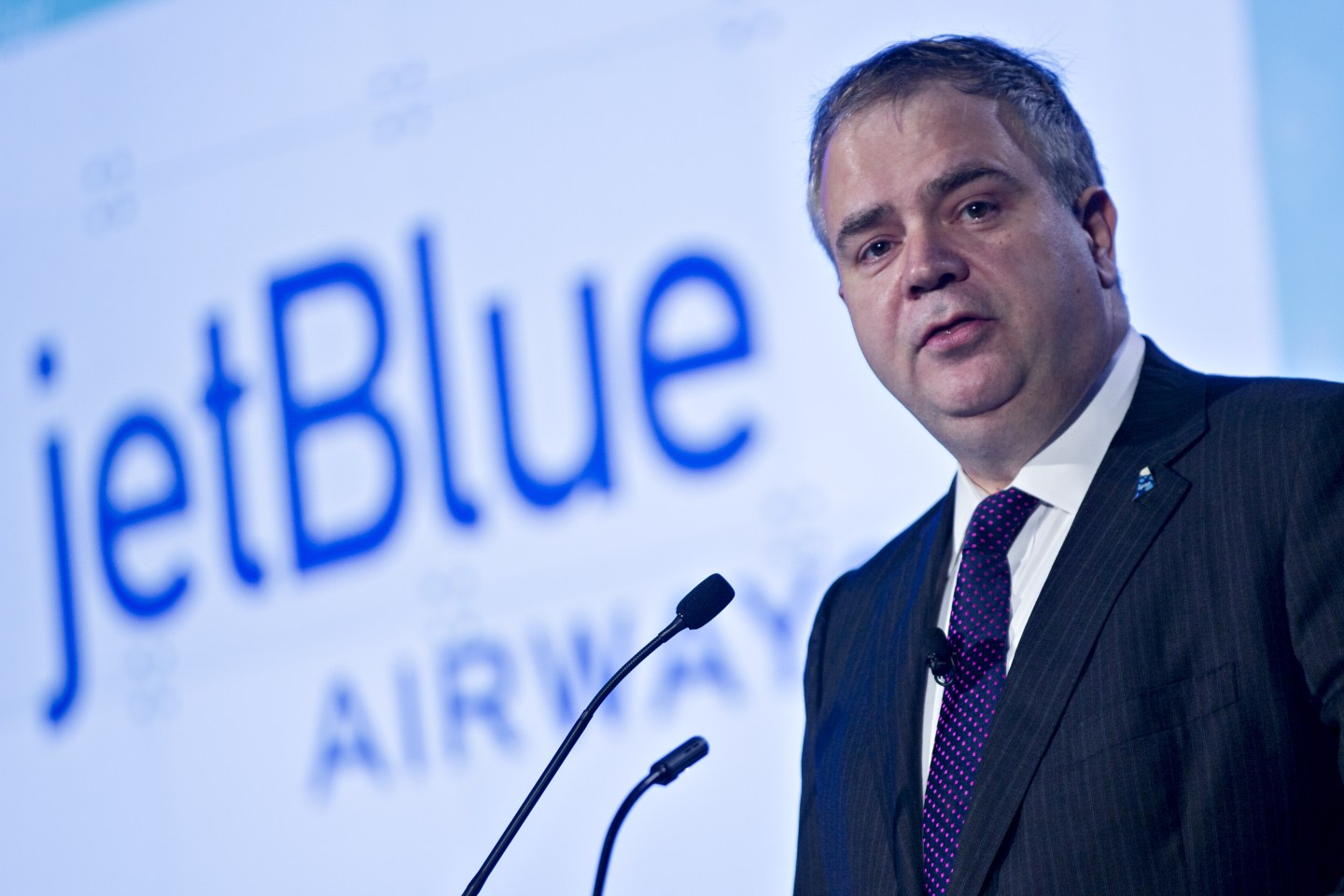 But one airline is taking matters into its own hands by hiring more people than it actually needs in a bid to guarantee it has enough employees to keep operations running.

Robin Hayes, the CEO of American airline JetBlue, told the BBC on Monday that the company had adjusted its staffing plans to ensure it could meet demand amid a widespread exodus of airline workers and ongoing post-pandemic challenges.

“I now need to over-hire just to keep the number I need,” he said. “With COVID, we lost a lot of experienced people…[and] your attrition is much higher—you’re hiring people but then they’re leaving more quickly, so you then have to adjust your hiring plan.”

He added: “Even if you can get the people, they don’t have the same experience as someone who was doing that job for 10 or 15 years, so it’s going to take longer for them to learn the skills.”

By the end of this year, half of JetBlue employees will have been working for the airline for under two years, Hayes told the BBC.

While it may take “some months” for JetBlue’s over-hiring process to help ease the gap between demand and staffing, he said, the company has upped its training capacity by adding more flight simulators and building more classrooms in an effort to speed up onboarding.

Despite the current explosion in demand for travel, Hayes said he does not expect the aviation industry to return to a pre-pandemic state until next year.

Staff shortages across the sector have left many airlines unable to meet surging demand for air travel.

On Sunday, there were 949 flight cancellations in the U.S., according to tracker service FlightAware, as well as 7,749 delays within, into or out of the United States.

By 5 a.m. ET on Monday, there had already been 600 delays and 170 cancellations. Boston and Newark airports were the worst affected.

The revelation came after Delta sent an empty plane to London to retrieve 1,000 stranded bags and return them to the U.S.

The airport’s CEO, John Holland-Kaye, later warned that restoring order was “not going to be a quick fix.”

“It’s absolutely possible that we could have another summer with a cap still in place. It’s going to take 12 to 18 months, and not just at Heathrow,” he said in an interview with Bloomberg.