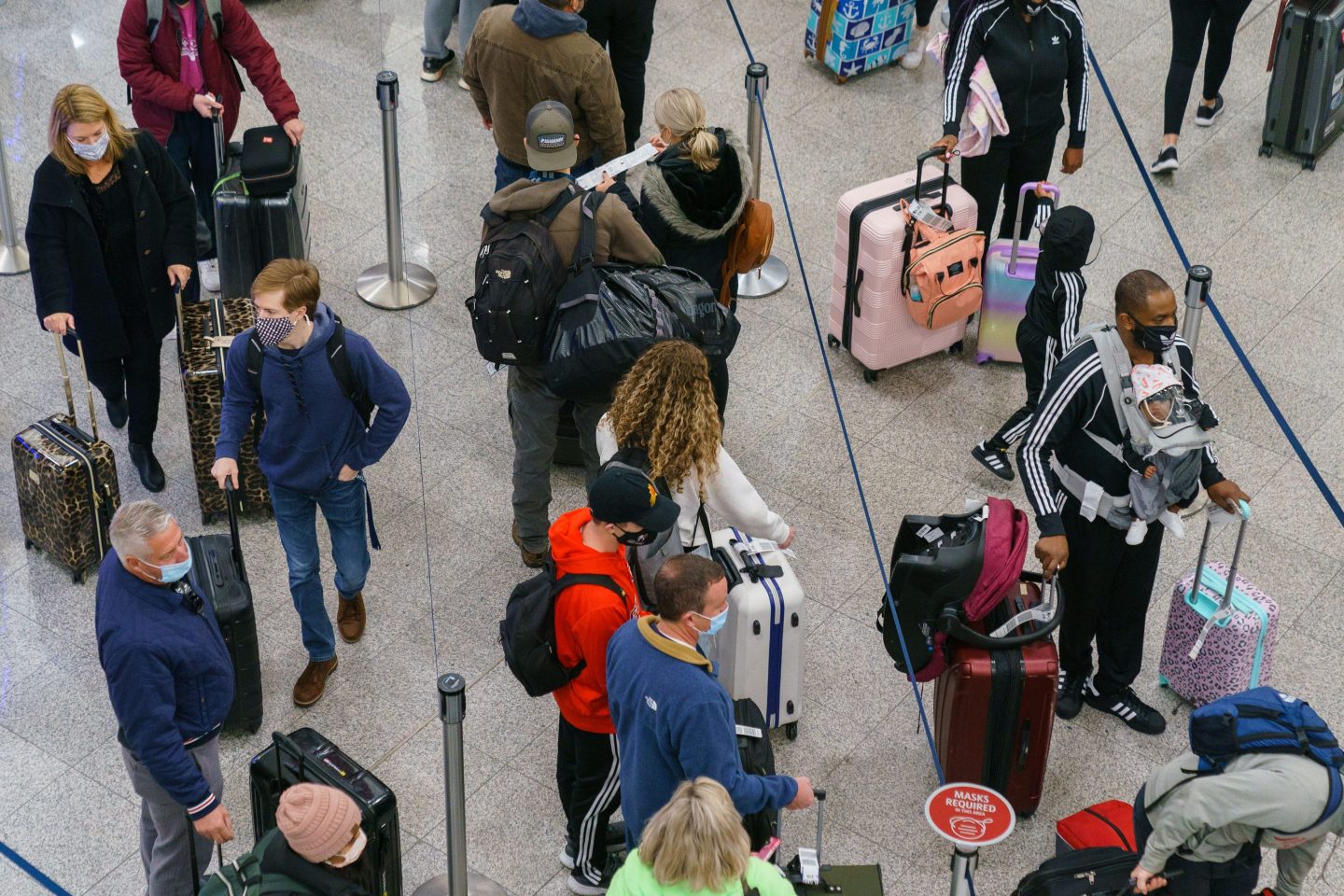 In the second quarter, Delta Air Lines turned a profit of $753 million despite taking a $1 billion hit related to a single consumer-friendly decision: It waived change fees.

What else could Delta do amid a tangle of delays at airports, a summer COVID surge, and an unstoppable wave of pent-up demand from consumers determined to travel?

A profitable quarter in these circumstances says a lot about how Delta is managing through this strange new chapter in travel. On last week’s earnings call, president Glen Hauenstein said, “I think we’re all learning what the new world is without change fees.”

When reached for comment, Delta directed Fortune to a transcript of the earnings call and an August 2020 announcement of updates to its change-fee policy.

What Delta revealed in its earnings is that the new world of travel goes a lot further than just a $1 billion hole from no more change fees.

If you traveled this summer by plane, you already know it’s a new landscape. The sheer number of cancellations across the industry meant that change fees had to go, since flight schedules were so unreliable and subject to disruption.

Delta cancelled 280 flights on May 21 alone, according to the website FlightAware.com. Over the entire quarter, it canceled 5,907 flights, about 2.3% of its total flights, according to the same source. An additional 48,787 flights were delayed, with an average wait time of 56 minutes.

At the start of the pandemic in March 2020, Delta waived its change fees, lasting until May 2021. It reinstated the policy over July 4 weekend, allowing customers to cancel and rebook their flights at no added cost, so long as they departed from the same airport. The July 4 policy included basic economy tickets, which ordinarily are nonrefundable.

The new world for airlines goes beyond change fees, though, and Delta’s earnings call last week revealed two other major changes to its operating environment. First, another hit to airlines’ bottom line is lost baggage. Once a piece of luggage is considered lost, an airline must refund any checked bag fee that was paid. According to a report by the Department of Transportation, Delta “mishandled” 44,972 pieces of luggage in the month of May alone—second only behind American Airlines, and almost double the 22,683 in May 2021.

Delta hired 18,000 new employees since the start of 2021, many of whom will go on to work at airport check-in counters or as baggage handlers, coming into direct contact with travelers’ bags. Of those new hires, some still require training, and those already out in the field aren’t as experienced as the staff they’re replacing. So, existing problems with long lines and understaffed airports have been exacerbated by a higher number than usual of inexperienced workers. On the quarterly earnings call, CEO Ed Bastian said the scale of hiring will pay off once all the new hires get more on-the-job experience.

The final major element of this new world has to do with macroeconomics.

If losing out on the revenue generated from change fees and being obligated to refund baggage fees for lost suitcases are industry-specific changes affecting Delta’s business, the final major change is impacted by inflation, which has affected the type and number of tickets sold.

Delta disclosed that approximately 10% of its sold tickets in the second quarter were basic economy tickets, while the remaining 90% were “premium” offerings. The airline had expected that ratio to be 80/20. Hauenstein said that difference was “a result, not an intent” of the current inflationary environment. It means that airline tickets, like other goods and services, cost more and get you less when there’s inflation. For Delta, it means that basic economy sections of the cabin might be emptier as some consumers get priced out of tickets.

In short, Delta and other airlines are charging more while operating fewer flights, and doing that less reliably. Ultimately, the greater-than-normal service disruptions meant that Delta was able to charge consumers fewer fees when issues come up, while selling more higher-priced tickets on average.

The future of flying, therefore, is more expensive and less convenient, but the trend of added charges from the last several decades should increasingly disappear.

In the new world of flying, what you see is what you get. And you might want to pack light.