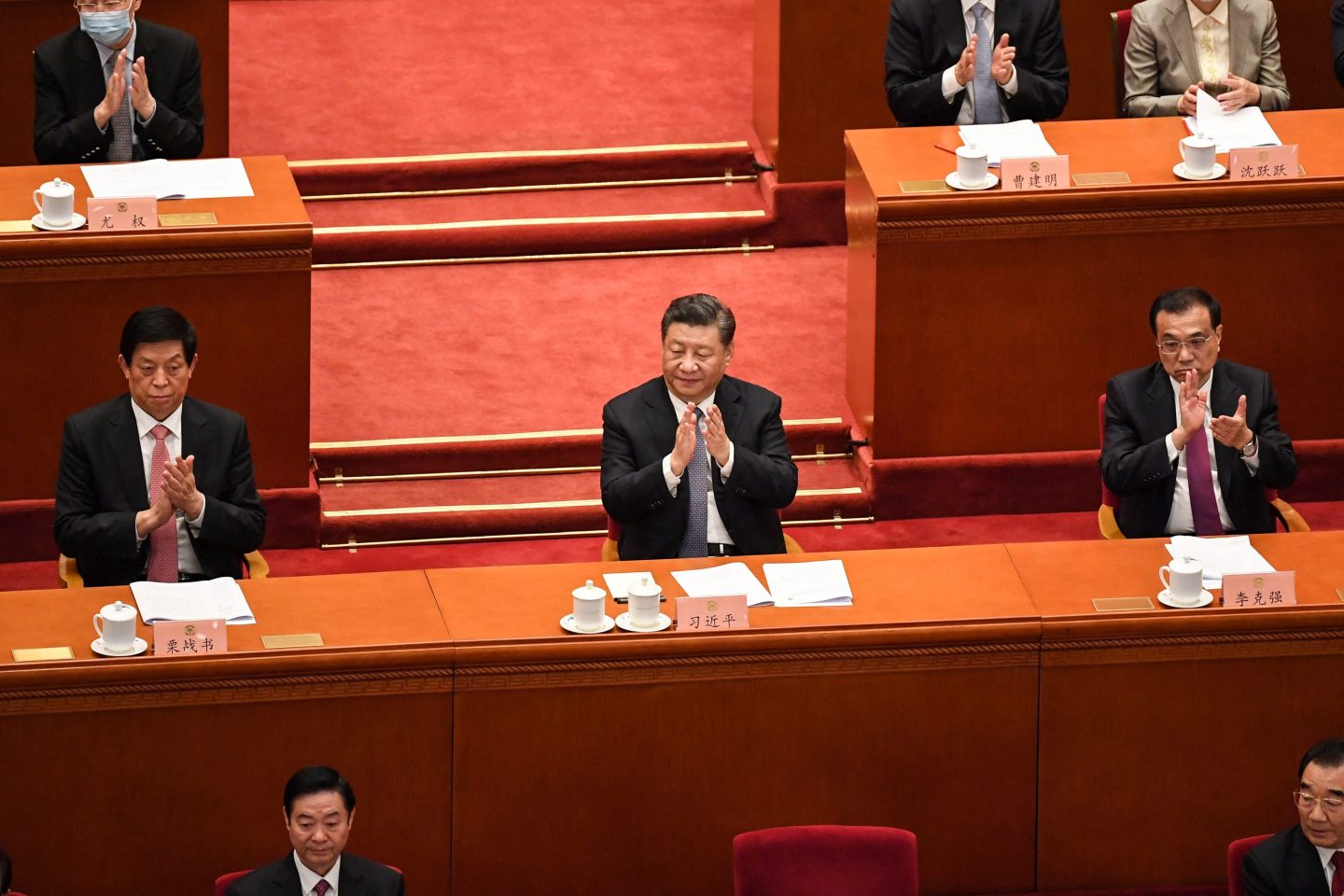 China says it will preserve its COVID-zero policy—and will strive for “the best outcome” possible when it comes to the economy.
Matthew Walsh—AFP/Getty Images

Ever since China’s economy ground to a halt during Shanghai’s two-month lockdown, economists have argued that Beijing faces a choice: either relax the country’s COVID-zero policy to promote economic growth or risk a protracted slowdown by keeping strict COVID controls in place.

Now, Beijing appears to have made its choice: COVID zero is the priority.

Members of the Politburo, the top decision-making body for the Chinese Communist Party (CCP), met Thursday to discuss the country’s economy and set the rest of the year’s agenda. In a statement released after the meeting, the Politburo said that “strict control and prevention measures must be applied whenever there is [a COVID] outbreak,” such as the snap lockdowns, business closures, and mass-testing campaigns that officials impose on population centers after they detect just a handful of cases.

Missing from the statement was any mention of China’s 5.5% economic growth target, which the Politburo cited in its last meeting in April. Now, Beijing says it just wants the economy to achieve “the best outcome,” without expanding on what that means specifically.

Economists say that China’s 5.5% growth target for the year was already unattainable, especially after Shanghai’s two-month lockdown froze manufacturing, fueled supply-chain chaos, and led to just 0.4% year-on-year growth for the country’s economy in the second quarter of 2022.

The downplaying of economic growth upends a tacit agreement Beijing has with the country’s population: that China’s authoritarian system of government must be preserved so Beijing can best deliver high economic returns and social mobility.

On Tuesday, the International Monetary Fund predicted that China’s economy would grow by 3.3% in 2022, lowering its April forecast by 1.1 percentage points. The IMF also revised global growth downward by 0.4 percentage points, forecasting a 3.2% increase, in part owing to a “worse-than-anticipated” slowdown in China.

China’s decision to stick with COVID zero means the country’s economy will remain sluggish for a while. “Policymakers are unlikely to make any major policy change ahead of the 20th Party Congress,” in October or November, writes Larry Hu, chief China economist at Macquarie, in a Thursday note, citing the CCP conference this autumn at which Chinese President Xi Jinping is expected to win an unprecedented third term. China will “stick to zero COVID at least by the year-end,” Hu writes, even if tweaks are made to the country’s COVID restrictions.

In the past, Xi has hinted that he views COVID measures as more important than the economy, saying on June 28 that he “would rather temporarily affect a little economic development, than to risk harming people’s life safety and physical health, especially the elderly and children.”

On Thursday, local officials in Wuhan ordered businesses to close and suspended public transport in a district of over 1 million people after discovering four asymptomatic cases.

As China preserves its COVID-zero stance, the government is still taking some steps to support flagging sectors of the economy.

On Thursday, the Politburo said that it would “stabilize the property market.” China’s biggest property developers are strapped for cash after Beijing imposed rules to curb excessive borrowing, leading to unpaid vendors and uncompleted projects. In recent weeks, customers frustrated with the slow pace of construction have refused to pay their mortgages in a nationwide protest. Beijing is planning a $44 billion fund to help rescue indebted developers, according to Reuters.

The Politburo also said that it would “green-light” a number of technology investment deals, though it did not say which ones were awaiting its approval. Chinese officials have signaled that the yearlong tech crackdown, which erased billions of dollars in value from China’s tech giants, may be winding down.

Yet the Politburo statement does not include any references to measures directly supporting consumer spending. While other governments, like those in the U.S., Europe, and even the semiautonomous Chinese city of Hong Kong, have turned to direct cash transfers to support incomes, China is instead relying on infrastructure investment and business aid to revive the economy. Chinese officials are concerned that direct cash transfers might spur inflation.

On Thursday, the U.S. reported a 0.9% economic contraction at an annualized rate for the second quarter of 2022, following a revised contraction of 1.6% in the first quarter. (Two consecutive quarters of economic contractions is a common definition for a recession.) Economists surveyed by Bloomberg now predict U.S. GDP will increase 1.5% this year, compared with 3.6% for China. Despite the White House’s bullish predictions to the contrary, the U.S. won’t outgrow China this year.