CHIPS Act opponents are making a final push to kill the bill. They’re probably too late 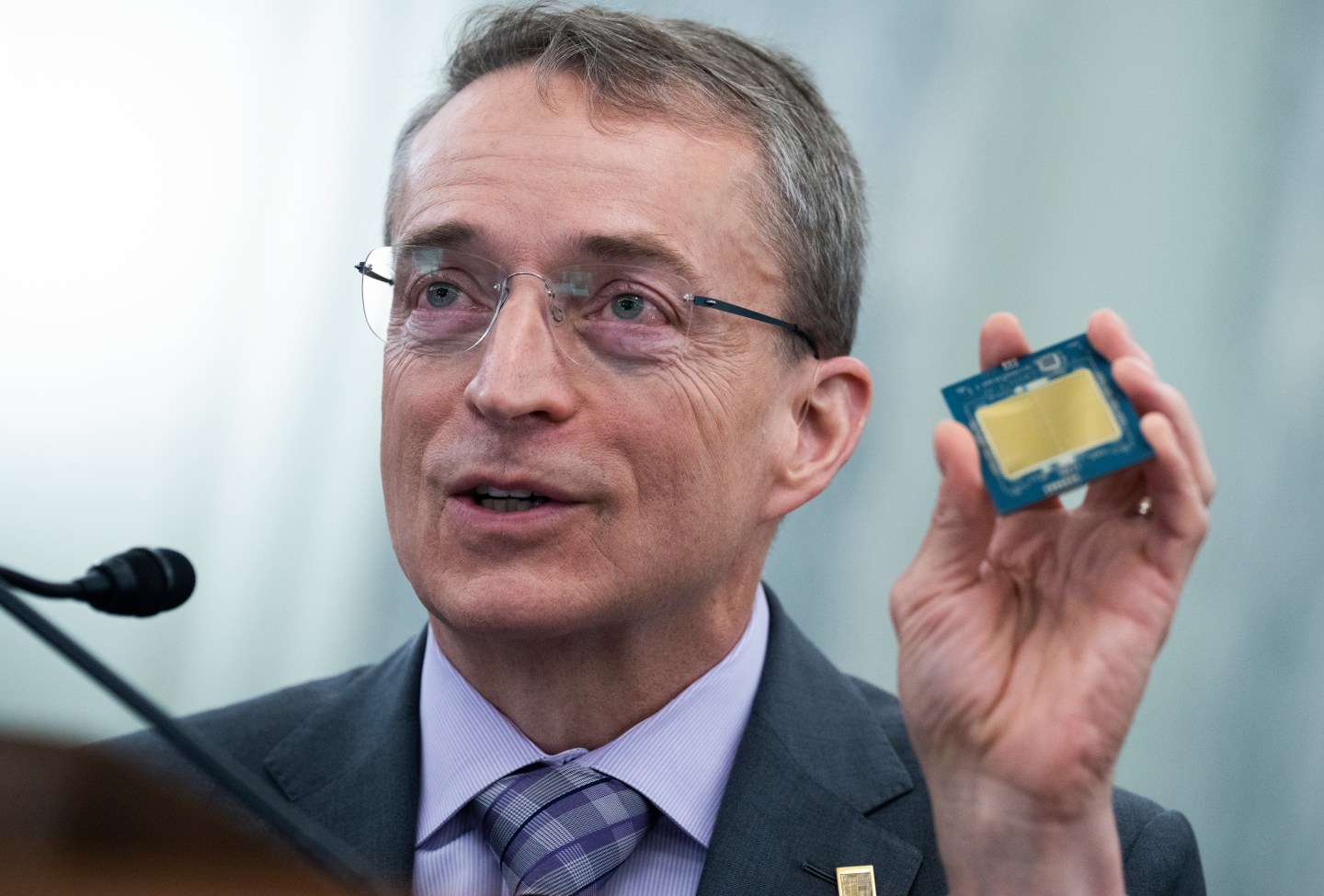 Anyone care for some chips?
Tom Williams—CQ-Roll Call, Inc/Getty Images

The long-awaited CHIPS Act is nearing the finish line—and it looks poised to finally break through some last-minute resistance.

After more than a year of legislative wrangling, the Senate is expected to hold a cloture vote Monday on the bill, which includes about $52 billion in federal subsidies and $24 billion worth of tax breaks aimed at facilitating domestic manufacturing of semiconductors. If the bill receives the necessary 60 votes, senators could vote later this week to pass the legislation on to the House. The lower chamber’s leadership is confident the proposal will pass, though the margin might be slim.

Early indications are the bill will squeeze through the Senate—a procedural vote last week succeeded 64-34—despite some late GOP opposition to the legislation.

Supporters of the bill argue that the CHIPS Act will renew investment in American semiconductor manufacturing, thereby strengthening local supply chains and reducing U.S. dependence on Asian and European nations for chips. While the U.S. remains the global leader in chip design, roughly 12% of semiconductors are manufactured on American soil, in large part because Asian and European nations have heavily subsidized their domestic manufacturers.

CHIPS Act advocates note, in particular, that the funding should make the U.S. less reliant on chief geopolitical foe China and valuable pseudo-ally Taiwan, which remains under constant threat of a Chinese invasion. Most pressingly, Taiwan Semiconductor Manufacturing Co., or TSMC, fabricates about 90% of the world’s most intricate chips, including those in the iPhone.

But as The Associated Press outlined Sunday, several high-profile conservative organizations, including the Heritage Foundation and The Wall Street Journal’s editorial board, have come out against the package. In a case of strange bedfellows, Sen. Bernie Sanders, I-Vt., also opposed the bill. They chiefly argue that the proposal:

“This hodgepodge spending package misses the mark and will only weaken the United States by adding to our crushing national debt and spiraling inflation crisis,” Heritage Foundation officials wrote last week. “And for a bill that is marketed as a way to boost America’s competitiveness with China, it does almost nothing to ensure that China is not a prime beneficiary of this spending.”

Even among close observers of the semiconductor industry, some question the wisdom of the U.S. effort to prop up chipmakers. As Fortune’s Yvonne Lau reported Sunday, some semiconductor experts said American companies will need to invest hundreds of billions of dollars over decades if they want a shot at catching up to TSMC.

“This is what makes me nervous. Once you’re on this path, you have to commit billions… every year to have even a small chance at succeeding, which the [public] may not have the appetite for,” Rakesh Kumar, professor in electrical and computer engineering at the University of Illinois at Urbana-Champaign, told Lau.

Barring some late changes of heart, enough Republicans swayed by the national security implications of domestic chip manufacturing—not to mention the economic benefit of new jobs in their backyard—are expected to push through the bill. While Senate Minority Leader Mitch McConnell, R-Ky., voted against the procedural motion last week, he hasn’t aggressively sought to whip Republicans against the package.

“When you consider the consequences of natural disasters, pandemics, or maybe even a military conflict between China and Taiwan, the risk is just unacceptable,” U.S. Sen. John Cornyn, a Texas Republican and chief proponent of the CHIPS Act, told Dallas-area television station WFAA on Sunday.

The bill’s GOP supporters might take a hit on their Heritage Foundation report cards, but some friendly campaign donations from satisfied members of the chip industry will likely help soothe the pain.

A fab deal. Intel announced Monday that it has landed a key client, electronics chip designer MediaTek, as part of its early push into offering semiconductor manufacturing services to other companies, CNet reported. The California-based company said it will start fabricating chips designed by MediaTek, a Taiwanese company with a $16.5 billion in revenue last fiscal year, for smart devices within the next 18 to 24 months. Intel and MediaTek officials didn’t release information about financial terms or production targets.

Tech guarding the henhouse? Several of the world’s largest tech platforms have committed to self-regulating harmful online content in New Zealand, though critics of the pact argue the agreement lacks strong enforcement mechanisms, TechCrunch reported Monday. The group includes Facebook and Instagram parent Meta, Alphabet unit Google, ByteDance’s TikTok, Twitter, and Amazon. The tech organizations agreed to a code of practice that includes standards for policing hate speech, disinformation, and harassment—though it’s unclear what sanctions they might receive for any failure to follow the new rules.

An expensive hack. T-Mobile will pay $350 million to customers affected by a data breach as part of a class-action lawsuit settlement, The Associated Press reported Saturday. The agreement comes one year after T-Mobile discovered hackers stole the personal identifying information, such as Social Security numbers and driver’s license information, of nearly 80 million U.S. customers. T-Mobile also agreed to spend $150 million by the end of 2023 to upgrade its data security and related technologies.

Thanks, but no thanks. Bankrupt crypto lender Voyager Digital dismissed a rescue offer from prominent crypto marketplace FTX as a “low-ball bid dressed up as a white knight rescue, CoinDesk reported Monday. Lawyers for Voyager Digital claimed the offer by FTX CEO Sam Bankman-Fried “was designed to generate publicity,” rather than helping Voyager customers recover their frozen funds. Bankman-Fried responded that FTX’s plan would allow Voyager customers the opportunity to withdraw cash or buy more digital assets on his company’s platform.

Sure, Diess also didn’t do enough to make allies and became increasingly isolated due to his hard-nosed leadership style. In his push to transform the company into an electric-vehicle leader, he repeatedly clashed with labor leaders by warning VW was losing out to Tesla and needed to cut thousands of jobs. But failures at the carmaker’s software unit Cariad ultimately eroded Diess’s support from the powerful Porsche and Piech family that calls the shots.

Back in December, VW overhauled its management board, stripping Diess of some responsibilities while tasking him to turn around Cariad. While there’s been a lot of re-arranging since then, Diess didn’t manage to make the issues go away.

What does the departure of Volkswagen’s highly respected CEO mean for Tesla? The pros and cons, by Christiaan Hetzner

YouTube says it will crack down on abortion misinformation, by Christine Mui

Chipotle giving away $200,000 in Bitcoin, Ethereum, and other cryptos, by Chris Morris

What the heck is Pink Sauce, TikTok’s latest obsession?, by Chris Morris

Et tu, Elon. Did Elon Musk’s penchant for breaking rules extend to the bro code? The Wall Street Journal sent the tech gossip machine into full gear Sunday after reporting that the Tesla CEO engaged in a brief romantic liaison with the wife of longtime friend and Google co-founder Sergey Brin, according to sources familiar with the matter. Musk subsequently wrote on Twitter that the claim is “total bs,” adding that he remains friends with Brin and the two were at a party together Saturday. The Journal reported that Brin filed for divorce from his wife, Nicole Shanahan, in January and ordered his financial advisers to sell personal investments in Musk’s companies. Add it to the list of Elon Musk tabloid fodder.