The U.S. wants to spend $52 billion to become a chips powerhouse. Experts say that hundreds of billions—and decades—is needed to crack its reliance on Asia 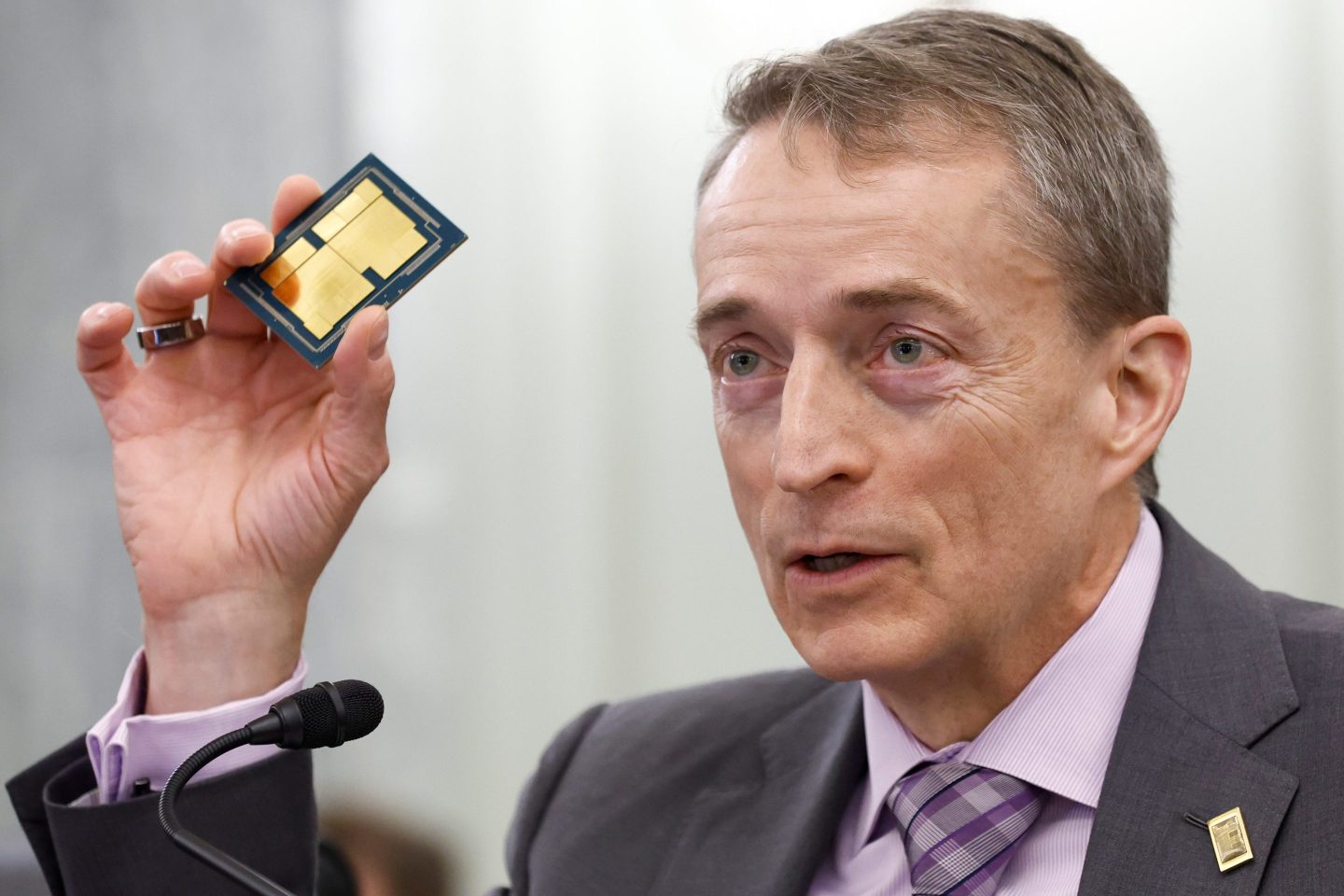 The threat of China looms so large that it has united Washington into advancing discussions on funding an unprecedented package of subsidies for the U.S. semiconductor sector.

On Tuesday, the Senate voted 64-34 to advance debate on the CHIPS Act, a bill that earmarks $52 billion in incentives for chipmakers to build plants in the U.S.—viewed by many in Washington as critical to shoring up American supply chains and the U.S.’s ability to counter China in the global tech arms race. Tuesday’s procedural vote prepares the Senate and House of Representatives for a vote on the legislation by the end of next week.

The CHIPS Act is “about national security, [which] we can’t put a price on,” U.S. Commerce Secretary Gina Raimondo told PBS on Tuesday. “We need to make more of these [chips] on our shores [to] protect our people,” Raimondo said. CHIPS advocates say the funding will lessen America’s reliance on Asian chip suppliers—a crucial vulnerability that China could exploit—and rebuild its once-powerful chips manufacturing sector.

There’s one catch, though. The tens of billions in subsidies to build chip plants on U.S. soil  is unlikely to reduce its dependence on Asia, especially in the short-run, let alone transform it into a semiconductor manufacturing powerhouse. The U.S. likely needs hundreds of billions more in funding, and decades, to secure its chips supply and catch-up with Asian chipmakers in any meaningful way, some experts say, prompting the question of whether onshoring chip manufacturing is the best way to achieve its goals.

The COVID-19 pandemic laid bare the need for countries to secure their supply chains. The pandemic run on semiconductor chips—which are used in everything from phones, computers, cars and kitchen appliances to military equipment—delayed goods shipments, inflated prices, and led to billions in losses alone for companies like Apple, and over $200 billion in losses for the global automotive industry.

The pandemic-led chips shortage exposed the U.S.’s own supply chain vulnerabilities. “The reason we’re really in this mess is because for a long time, we haven’t invested. We took our eye off the ball,” Raimondo told CNN.

The CHIPS Act allocates $39 billion for chipmakers to build plants, known as fabrication facilities (fabs), on U.S. soil. It offers another $11.2 billion for semiconductor research and development.

Yet the tens of billions on the line isn’t nearly enough to shift global production dynamics, experts say. The U.S. “isn’t the most attractive place for chipmakers, period—otherwise companies would’ve moved their production a long time ago,” rather than wait for the subsidies to kick in, says Shay Luo, principal at consultancy Kearney. The high costs of labor and production limits American manufacturing, she says. Asian nations like Taiwan, China, and South Korea, lead the world’s chip production because it’s 25% to 40% cheaper to make chips in those countries. The U.S.’s semiconductor manufacturing share has plunged to 12% from 40% three decades ago.

The CHIPS Act’s one-off package, to be divvied up into piecemeal allocations—private firms and public institutions can apply for federal grants of up to $3 billion to build or expand plants—is insufficient to incentivize chipmakers to shift their supply chains in a major way, Rakesh Kumar, professor in electrical and computer engineering at the University of Illinois at Urbana-Champaign told Fortune. Constant state subsidies of at least hundreds of billions is likely required to onshore chip production on a mass scale, he says. He points to Taiwan’s TSMC, the world’s biggest chips manufacturer, that plans to invest $100 billion over the next three years to maintain its global dominance. The U.S., meanwhile, has fallen behind Asian chipmakers like TSMC and Samsung in advanced chip technology. Intel and other chipmakers heavily rely on TSMC for 5-nanometer chips—the world’s most efficient and most advanced—as the Taiwanese firm accounts for 92% of the globe’s supply, according to Capital Economics. It’d have to “spend much more, with no guarantee of success, just to get even in terms of technology,” Kumar says. Intel has said it’s building new fab plants across Europe, Israel, and the U.S. at a cost of $44 billion to try to catch up.

“This is what makes me nervous. Once you’re on this path, you have to commit billions… every year to have even a small chance at succeeding, which the [public] may not have the appetite for,” Kumar says.

Robert Reich, a former U.S. Secretary of Labor, a current professor of public policy at the University of California at Berkeley, and author of Saving Capitalism: For the Many, Not the Few and The Common Good, argues that the CHIPS funding is akin to “extortion”—an act that’ll subsidize already-rich chipmakers like Intel, with little assurance that they’ll actually boost the U.S.’s chip supply. Chip companies are loyal to their shareholders, and will “sell their chips to the highest bidders around the world, regardless of where the chips are produced,” he told Fortune.

Chipmakers like Intel, Micron, and GlobalWafers have warned lawmakers that they’ll move their fabs to other countries if the CHIPS Act doesn’t pass. Intel recently delayed the groundbreaking ceremony of its $20 billion new Ohio plant because Congress hasn’t yet passed the bill. Intel CEO Pat Gelsinger cautioned that without the CHIPS funding, the company “would end up investing a lot more in Europe as a result.” This February, $7.3 billion of the EU’s $46 billion European Chip Act was directed at subsidizing Intel’s new fab in Germany.

Yet even an uptick in production on U.S. soil won’t make the country less dependent on Asia, Ling Chen, assistant professor of political economy at John Hopkins University School of Advanced International Studies (SAIS), told Fortune. The U.S.’s lack of manufacturing capacity means it’s pressuring Asian chipmakers to set-up their plants in the U.S., she says. The tens of thousands of jobs that could be created in the next decade from CHIPS will also be dependent on foreign nations since the U.S. doesn’t have the skilled labor to fill these positions. If the U.S. builds 20 new plants and creates 70,000 to 90,000 new jobs, it needs to increase its current workforce by 50% to fill the roles, according to an estimate from Eightfold.AI. One Georgetown University analysis calls for establishing skilled work visa programs for thousands of Taiwanese and South Korean workers to come to the U.S. Simply “supplying capital for setting up plants isn’t enough” for the U.S. to become less dependent on Asian economies, Chen says. A better approach might see the U.S. strengthening its allies’ manufacturing, while investing in advanced chip technology at home to ensure future market dominance, Kumar says.

Still, others argue that Congress must pass the CHIPS Act—or risk widening the already-large gap between the U.S.’s chipmaking abilities and Asian economies, which would make it even more vulnerable to foreign dependence and Chinese coercion. “If we fail to reorient our supply chains, it will continue to [pose] a serious risk to U.S. security,” Dan Katz, co-founder of investment management firm Amberwave Partners and former senior adviser at the U.S. Department of the Treasury.

Building fabs in the U.S. doesn’t make sense cost-wise, Luo says. The funding is “more about a service-level play than a cost-play,” meaning that foundries like Intel will be able to shorten their supply chains and obtain critical components and chips closer to home, thereby reducing the U.S.’s vulnerability to disruptions, she notes.

The U.S. has more reason to pass the CHIPS Act than to reject it, Paul Hong, professor of operations management and Asian studies at The University of Toledo, told Fortune. Without the CHIPS funding, Asian chipmakers could postpone, or cancel their plans to build plants in the U.S., while America will continue to struggle with semiconductor shortages along with the rest of the world, keeping prices high, he says. Even if the bulk of the CHIPS subsidies is passed to Taiwanese and South Korean firms, the fact that their plants will be built and operated in the U.S. and hire mostly American workers means that they’re creating a vital supply chain artery that helps other U.S. suppliers develop and expand, Hong says.

Ultimately if the U.S. subsidizes chipmakers, the government should demand that companies prioritize U.S.-based customers that “use the chips in products that are made in the U.S., by American workers,” Reich says. Congress must demand that companies “produce the highest value-added chipmaking in the U.S.—[from] design, to design engineering and high-precision manufacturing, so [that] Americans [also] gain that technological expertise,” Reich says.

The CHIPS Act is “not perfect, nor is it ideal,” Hong says. But the U.S. needs to advance decisions that’ll help it secure its supply chain in strategic areas, and mitigating chip shortages is one of the highest priorities at this time, he says.