What does the departure of Musk’s CEO frenemy at Volkswagen mean for Tesla? The pros and cons 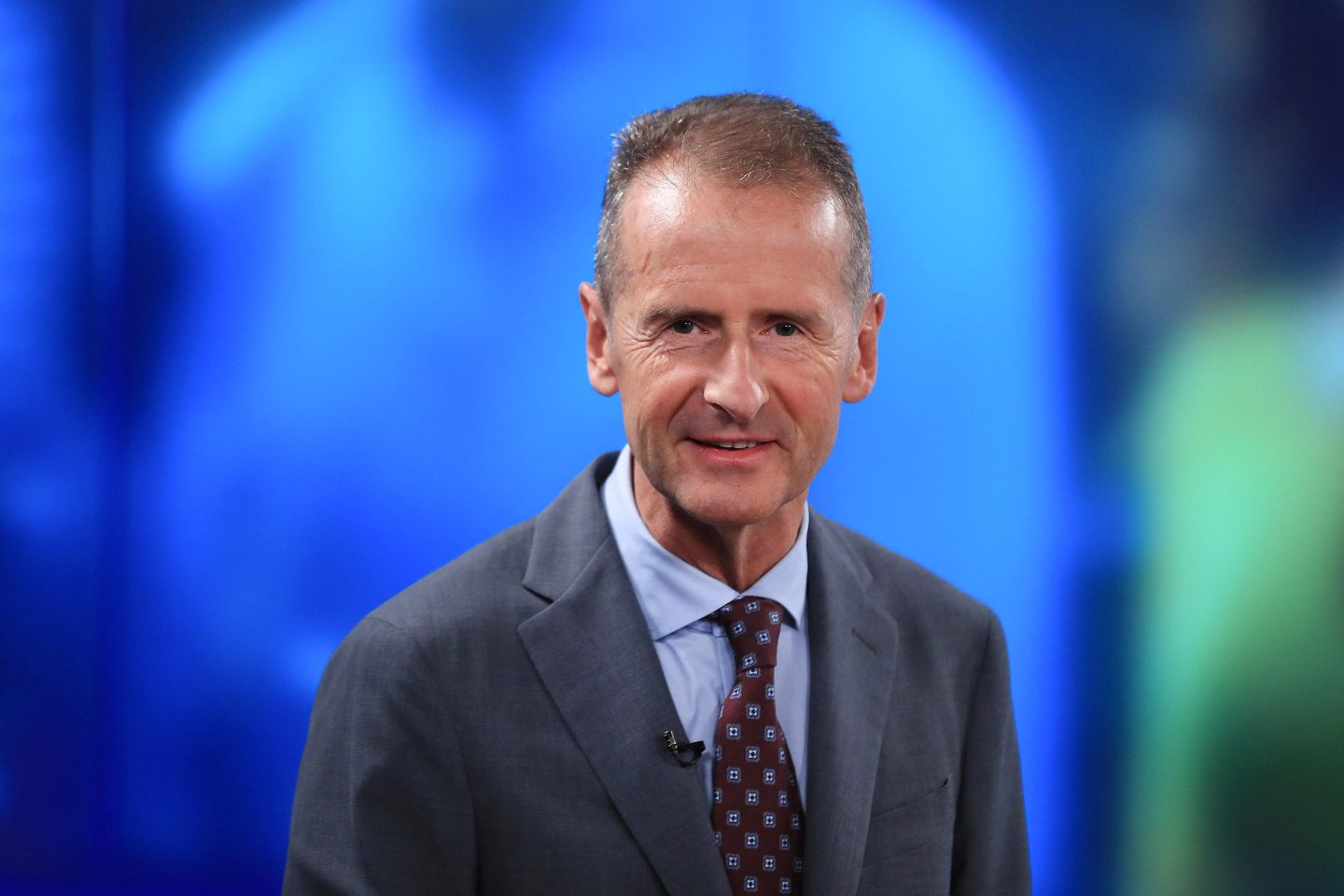 The departure of Herbert Diess, the man most closely identified with VW's transition towards electric vehicles, will not spell a pivot back to combustion engine cars for the German carmaker.
Krisztian Bocsi—Bloomberg/Getty Images

Volkswagen’s boss, who had constantly put Tesla on a pedestal as his benchmark for automotive innovation, is on his way out.

On Friday, the German carmaker’s fractious board of directors dropped the bombshell news it would replace Herbert Diess as CEO with the 54-year old head of the group’s luxury brand Porsche, Oliver Blume, effective September.

The Austrian national cultivated a friendly rivalry with Elon Musk, and reportedly the Tesla CEO nearly hired him back in 2015.

Yet he was not fired—reportedly by unanimous consent—because of his strategic direction or vision for his company, but rather a combative management style that created enormous friction at the group’s headquarters in Wolfsburg.

“Diess had his strengths breaking up the encrusted structures in Wolfsburg,” a source close to VW’s board told Fortune. “But over time his deficits in execution were more and more apparent, becoming obvious for all to see in the case of [struggling software subsidiary] CARIAD.”

So what does this mean for Tesla, which counted the German carmaker as one of its closest competitors?

Why it’s bullish for Tesla

The sacking of Diess proves just how unwieldy managing the VW Group can be with its three main groups of stakeholders.

These include the regional government of Lower Saxony that owns a blocking minority, German labor union IG Metall with its deep support on the shop floor and half the seats on the company’s board, as well as the Porsche and Piech clans that together control a majority of the votes.

That results in a kind of unofficial but understood dual mandate for management: prioritize the maximization of both profits and employment equally.

This dichotomy is quite fitting, because at its heart VW is a bipolar company: it both longs for internal harmony while being notorious for generating the most drama of all German corporations.

After bugs and glitches plagued development of the eighth-gen Golf, Diess created an in-house software unit now known as CARIAD. Ambitions were high: it would have 10,000 developers, become the second largest software group in Europe after SAP, and eventually program 60% of the code for the group in-house compared with from 10% at the start.

Diess wanted to ensure VW would not be relegated to the status of a hardware manufacturer that lacked access and therefor the ability to monetize customer data.

Thus far however, CARIAD has proven to be the biggest gamble by Diess that has failed to pay off.

What in theory was a good idea has proved exceedingly difficult to implement, with software remaining a key pain point aggravating customers, particularly for the VW brand’s new EVs.

Other rivals, notably Volvo Cars, chose the easier method of outsourcing this task to Google.

Since joining the brand in 2013, Blume has been sequestered away in the halcyon world of Porsche, a carmaker that cranks out reliable double-digit profit margins as if by assembly line.

It features a low amount of complexity—just six main model lines built at three European plants, vastly easier to handle than the 300-plus models built at 100 different plants that assemble either cars, parts or both.

Blume could also rely on its veteran finance chief Lutz Meschke, the first VW Group exec to push for a Porsche IPO, who was behind the 24% stake in Rimac.

While Blume has been in charge of VW Group production at the C-suite level since 2018 in addition to his Porsche day job, it’s clear that he will need a lot of help navigating the treacherous pitfalls in Wolfsburg.

That’s why he’ll have a new operations chief at his side, Arno Antlitz, someone that can take the heat off him and act as a bad cop to Blume’s good cop.

Why it’s bearish for Tesla

The careful truce between Volkswagen Group’s stakeholders usually requires a leader capable of uniting the disparate tribes and balancing their various interests.

Diess however was a polarizing figure, who felt VW needed to be repeatedly woken up from its slumber and reminded of the harsh competitive winds coming from Tesla and Chinese EV startups.

Yet if you spend too little time forging alliances and instead pick fights that leave your chairman mending fences and cleaning up after your mess, eventually it comes back to haunt you.

Blume by comparison can start with a fresh mandate from the board unencumbered by past controversies.

In the past, Volkswagen would go through repeated purges, often jettisoning or demoting CEO hopefuls that flew too close to the sun.

Bernhard Maier, the boss of VW’s Czech value brand Škoda, was sacked in 2020 for being overtly ambitious, while up-and-comers like Christian Senger and Alex Hitzinger were crushed underfoot attempting to execute key reforms from within.

Blume’s installation at the top happened bloodlessly and without warning, a fait accompli that should limit the fallout of disgruntled senior execs while helping to rejuvenate the group’s senior leadership.

There is no reason to believe VW will backslide on its EV strategy just because that the man most identified with the strategy has been sacked.

While Diess was no doubt instrumental, his predecessor already put VW on a path towards electrification with his “Roadmap E” issued in September 2017.

Speculation that German labor leaders will now put on the brakes is exaggerated. While the carmaker’s influential works council recognised the risk, they saw the transition of electrification as an inevitability that must be managed, ideally through early planning and demographic attrition.

In fact a key reason why Diess got the job was his decision to promise unions what they couldn’t get under Matthias Müller—a VW owned and operated battery cell manufacturing plant for Germany.

Moreover, one of their core concerns during last year’s annual budget plan, in which the group earmarked €52 billion ($53 billion) for EVs through 2026, was allocation of an EV model called Trinity to the historic Wolfsburg plant.

VW’s biggest strategic strength going forward remains its comparatively early pivot to EVs, while its greatest vulnerability will still be its lack of expertise in software.

And while Diess will get his share of credit for his prescient embrace of EVs, his dismissal reflects how far VW is from transitioning to a software-driven tech company like Tesla.