Here’s what Boris Johnson’s successor should do to restore trust at the top of British government, according to behavioral science 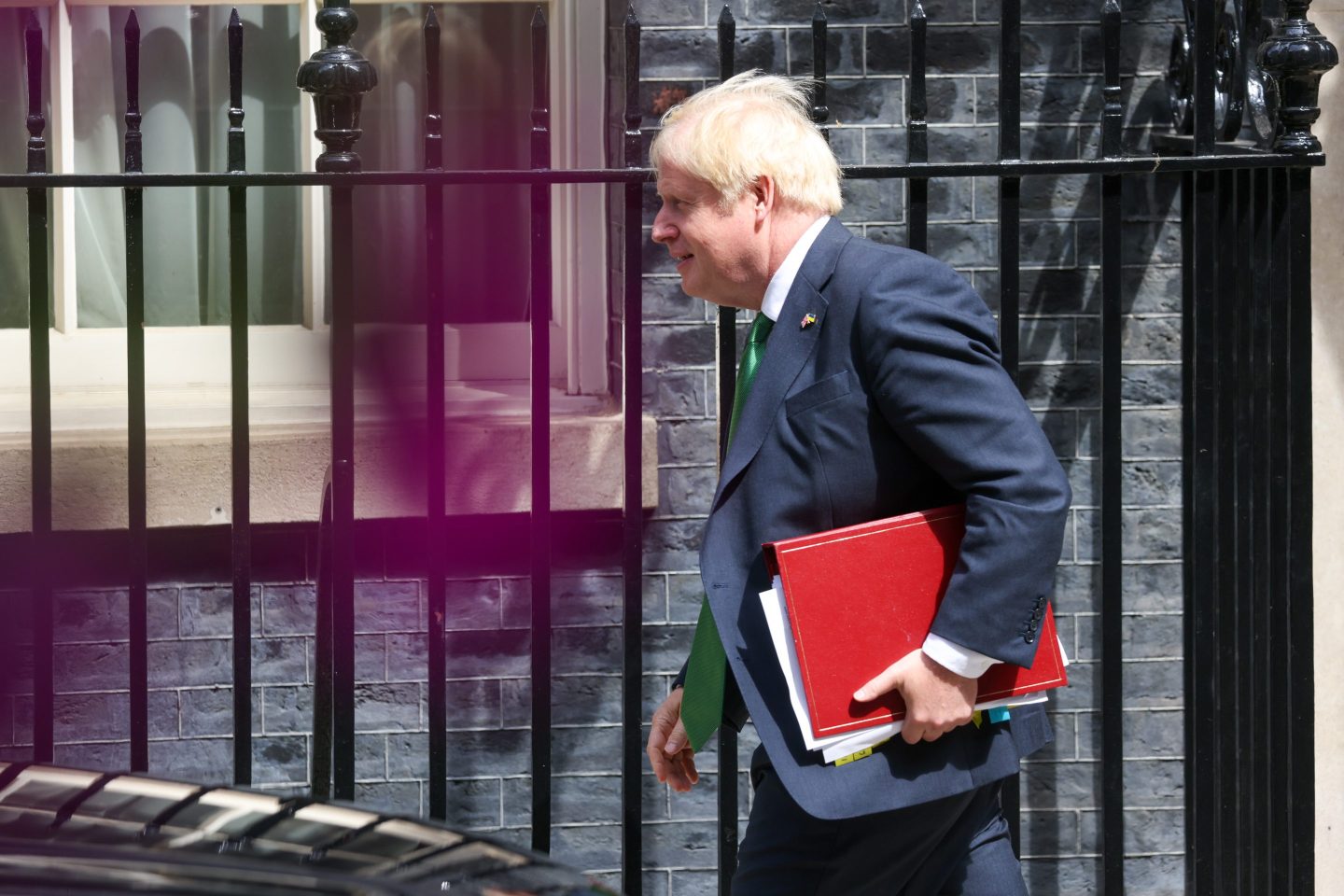 U.K. Prime Minister Boris Johnson has been forced to resign by his own party after repeatedly deflecting concerns over his leadership style.
Hollie Adams - Bloomberg - Getty Images

It will be a long hot summer before the new prime minister is announced. While the question on everyone’s lips now is, who will Boris Johnson’s successor be, I have been thinking about the don’ts they should take away from party-goer Boris.

Of the grievances aired across Twitter and the press, Conservative criticism was striking for its focus on Johnson’s dysfunctional leadership style, rather than his explicit political transgressions. Rebels berated Johnson’s preference for stoking cultural divisions rather than developing any “sense of mission” or “effective teamwork.” Many implied that the unhealthy working culture over which Johnson presided is responsible for the party’s recent performance.

Although Johnson was keen to move on from this humiliating episode, he should have been wary of dismissing his colleagues’ concerns in a bid to “talk exclusively about [legislative] priorities”.

Scrutinizing and reforming their model of leadership must be central to, rather than a distraction from, the successor’s efforts to return to business as usual. Without this, they will lack the authority to lead a cabinet in delivering on Conservative pledges and recovering their reputation among voters.

So how can Johnson’s successor do this? The soon-to-be prime minister must adopt the fundamental principles of leadership demanded of those positions of power, both in politics and elsewhere.

Do not hire your friends

Efforts to improve workplace culture and performance must start with the hiring process. Although cronyism allows for good times at lunch and in the pub, it certainly does not aid effective decision-making.

When surrounded by people “like you”, you are much more likely to succumb to confirmation bias: the tendency to search for, interpret, favor, and recall information in a way that confirms or supports one’s prior beliefs or values.

This lack of challenge also makes it all too easy to overlook the warning signs that things are beginning to go spectacularly wrong. Whilst this attitude of comfortable denial can jeopardize the performance of any team, it can be catastrophic for anyone in charge of one of the most powerful nations in the world.

The next prime minister should seek out people who think differently from them, safe in the knowledge that the leader is the ultimate decision-maker. This does not happen when the leader has a high ego. True to type, Johnson has been criticized for commanding a “nodding dog cabinet” of sycophants. Once with a diversified workforce, the new prime minister must actively listen to those new and dissenting voices. In fact, the most effective leaders say less and listen more. Recent research has found that leaders who demonstrate a preference for listening are rated as significantly more effective than those who simply talk at their employees.

To elicit challenging opinions, leaders should actively request colleagues to “tell me something I don’t know” in group settings. This technique, called priming, prompts a phenomenon whereby exposure to one stimulus influences a response to a subsequent stimulus. Team members are more likely to communicate unique information in this dynamic, sharing unusual and sometimes challenging ideas that could have otherwise gone unspoken.

In a world of increasing uncertainty, it is impossible for a leader to make all the right decisions. In fact, we want our leaders to have the ability to say ‘I got it wrong’ and change their minds. Despite this, Johnson was remarkable for his tendency to escalate commitment. This is a human behavior pattern whereby an individual or group facing increasingly negative outcomes from a decision persists in the same behavior instead of altering course.

The most effective leaders know how to admit when they do not have the answers or acknowledge when they were wrong. Not only does this self-reflection allow leaders to avoid similar errors in the future, but it also carries significant benefits for working relationships. Research into leadership competency found that over 70% of constituents across the globe identified honesty as the single most important factor in determining faith in a leader.

Successful leaders accept that they cannot rely on extrinsic incentives to maintain loyalty. Doing so is an unstable gamble, ultimately resulting in an entourage who demand more and more for their support.

Nervous about the vote of confidence, Johnson resorted to using carrots and sticks as a way of whipping up support, promising ministerial jobs, and firing those who failed to demonstrate sufficiently vocal support.

His successor now faces the considerable challenge of preventing further rebellion from a weakened position, with little more to bribe or intimidate discontented MPs. How else can the new leader motivate their team members? They simply need to follow the other rules of management.

A leader with the integrity to avoid cronyism, actively listens to their colleagues with an open mind, and admits mistakes will inspire loyalty and drive results.

In the words of Conservative hero Winston Churchill: “Criticism may not be agreeable, but it is necessary. […] It calls attention to an unhealthy state of things.”

Grace Lordan, P.h.D, is an associate professor of behavioural science and the founding director of The Inclusion Initiative at the London School of Economics