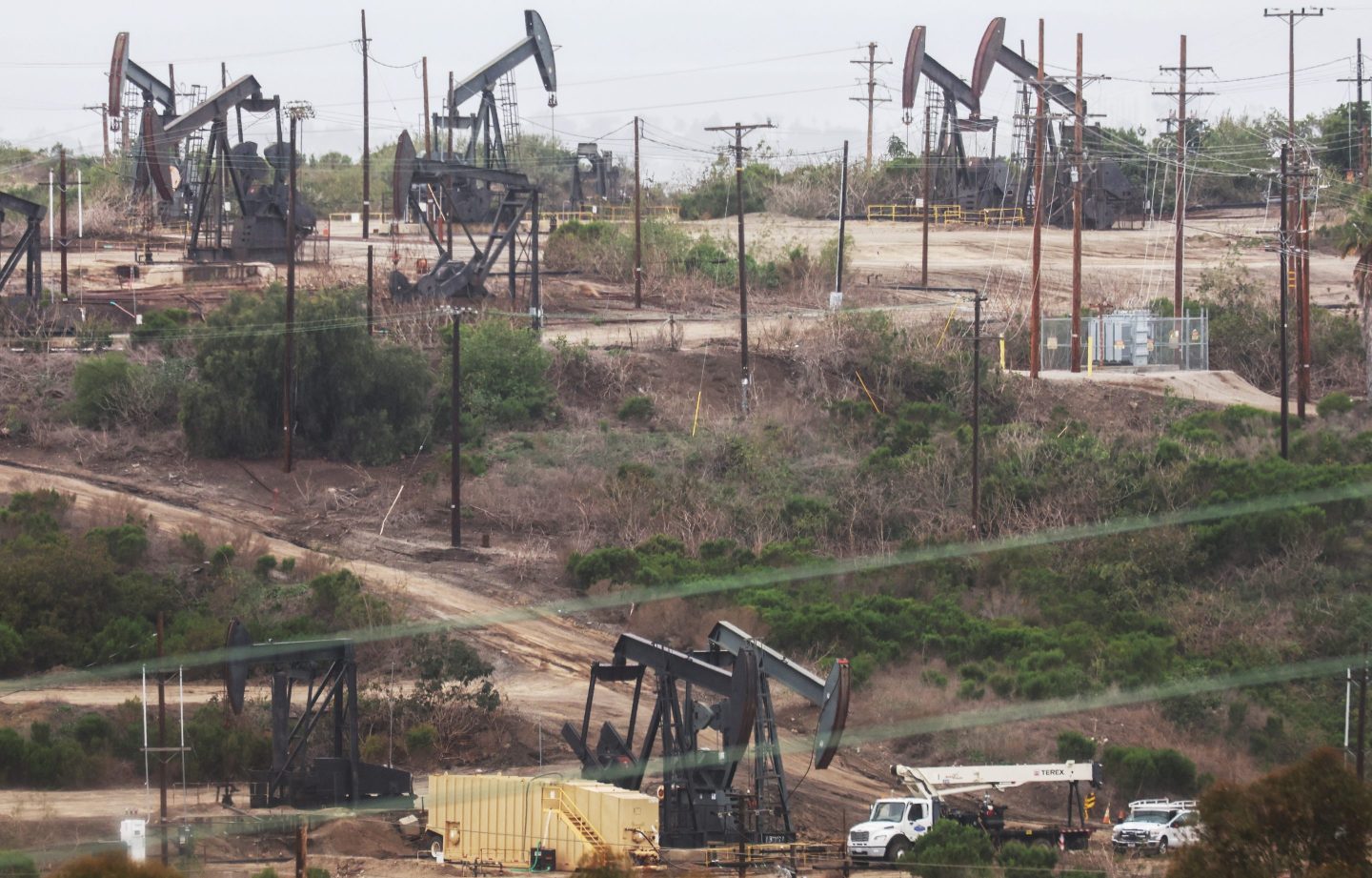 The global crude benchmark fell as much as 2.4%, touching its lowest level since March, while West Texas Intermediate also fell. Wider markets were softer on Thursday, while the dollar resumed its advance, weakening commodities priced in the currency. Traders have shifted toward expectations of an historic one percentage-point Fed interest rate hike later this month.

Time spreads are signaling scarce supply, however and Goldman Sachs Group Inc. said the market is “screaming” tightness. The bank said a large selloff this week has been driven by low liquidity and technical factors, with Brent down more than 20% from its high in June.

President Joe Biden landed in the Middle East on Wednesday just as a report showed inflation soared to a four-decade high last month, reflecting higher costs including gasoline, which are a central issue in U.S. elections. High U.S. gasoline prices could be starting to taking their toll on consumption, with demand falling last week to the lowest level for this time of the year since 1996.

“Concerns about the impact of high inflation on economic growth and oil demand are visibly growing,” said Tamas Varga, an analyst at brokerage PVM Oil Associates Ltd. “Outright prices and the structure are out of sync.”

U.S. gasoline demand fell last week to 8.06 million barrels a day, also below the same week in 2020, according to the Energy Information Administration. Aside from the same period two years ago, the four-week rolling average of gasoline demand was the lowest on a seasonal basis since 2000. Crude stockpiles rose by 3.25 million barrels.

Renewed COVID-19 outbreaks in China have also weighed on the outlook for oil demand. Shanghai’s flareup appears to be easing, but other regions are being locked down and facing restrictions to curb the spread of the virus. Nationwide, 292 cases were recorded on Wednesday.