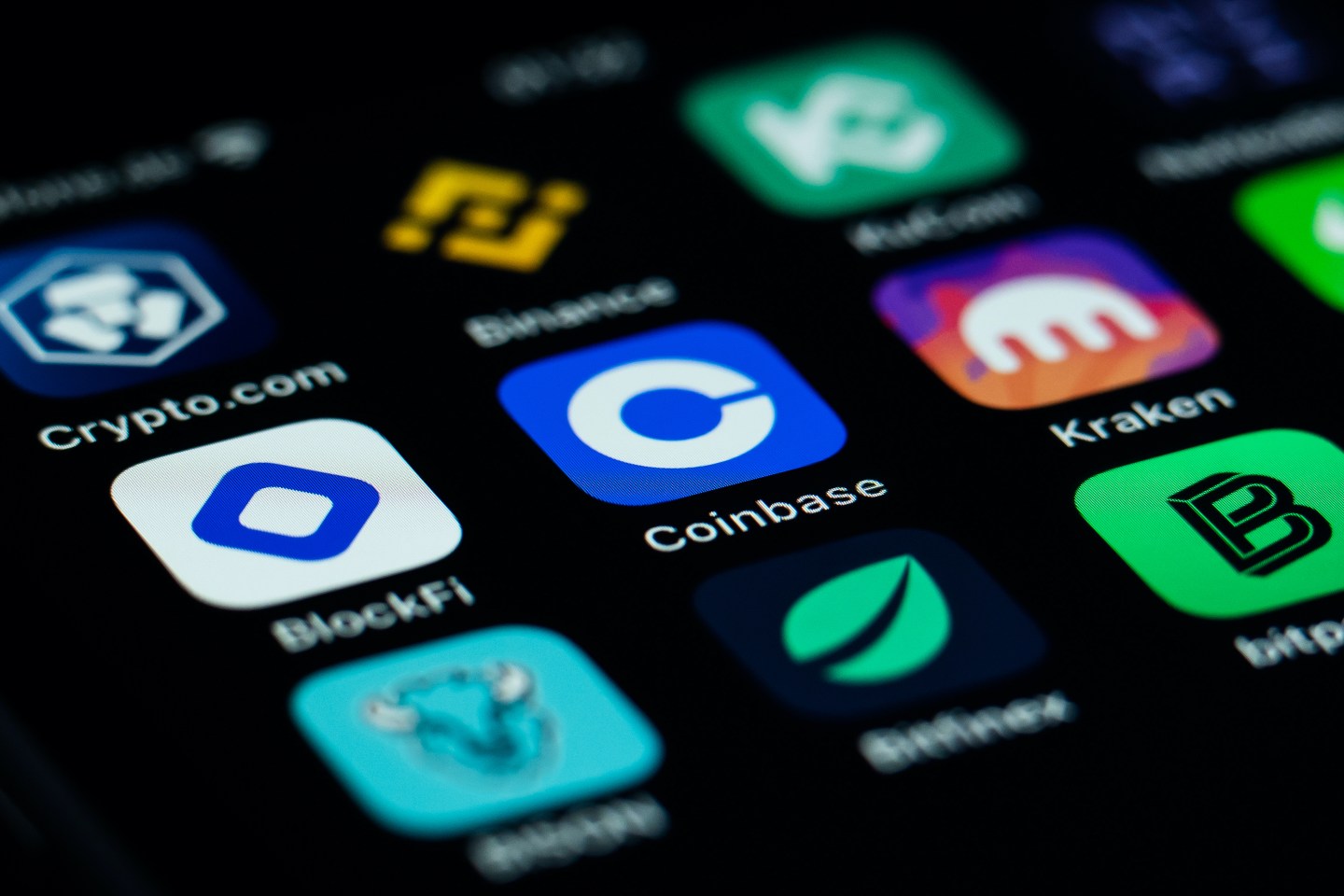 If and when Washington comes calling for crypto, the industry will have nobody to blame but itself.

The latest damning indictment on crypto run amok arrived Thursday from The Wall Street Journal, whose investigation of the leading crypto lender Celsius Network might as well serve as Congress’ Exhibit A for stiffer regulation.

The Journal reported that Celsius, currently teetering on the edge of bankruptcy after freezing all withdrawals earlier this month, built a highly leveraged balance sheet that made it vulnerable to a crypto downturn. The most troubling statistic: Celsius had about $19 billion in assets and just $1 billion in equity last summer, a split that was more than double the 9:1 median ratio of the biggest banks in North America.

The approach helped Celsius become one of the world’s largest cryptocurrency lenders, delivering huge yields to retail and institutional investors that dwarfed the equities market. But Celsius overextended itself. The firm required relatively little in collateral, borrowed money using that collateral, and invested in illiquid assets.

When crypto values crashed this spring and investors made a run on Celsius, the lender couldn’t keep up.

In sum, Celsius promised unrealistic returns to lendees, held too little liquid money in reserve, and engaged in risky investments with customers’ assets—a trifecta that would make any regulator’s antennae go up. To top it off, Celsius didn’t have a fallback similar to a central bank, ready to offer loans or other support to keep vital institutions afloat. Even FTX CEO Sam Bankman, the emerging patron saint of distressed blockchain companies, found Celsius too damaged to repair, according to a report Thursday by The Block.

While Celsius’s potential demise bears some differences to other recent crypto crises, it can’t be completely separated.

Three Arrows Capital, one of the largest crypto hedge funds, is falling apart due to liquidity issues exacerbated by a high risk profile. Major crypto lender BlockFi is on the ropes, largely due to its Three Arrows exposure. The TerraUSD and Luna tokens collapsed late last month, wiping out $60 billion in assets and faith in algorithmic stablecoins. Hacks totaling hundreds of millions of dollars have become routine.

Add it all up, and you get an industry ripe for government intervention.

That response certainly won’t please some leaders of the crypto movement, who are arguing that the dawning crypto winter will naturally produce a market correction.

“I welcome this downturn,” Kris Marszalek, CEO of the digital assets exchange Crypto.com, said last week, according to CoinDesk. “This is the time to demonstrate how the real (companies in crypto) can continue building (and) be the steady hand, the calming voice, during volatile times and just deliver real value.”

But crypto venture capitalist Nic Carter, in a blunt interview published Wednesday by Forbes, said history isn’t on the industry’s side. Carter, the founding partner of Castle Island Ventures, predicted the regulatory response will be “harsh, aggressive, and warranted,” similar to other financial crashes.

“Maybe that’s not the outcome we wanted as an industry. But guess what, it’s the outcome we got because we were unable to self-regulate, we’re unable to self-police, there were no self-regulatory organizations that emerged,” Carter said. “Even the most well renowned members of the industry have proven to be completely catastrophic when it comes to risk management. So that’s the inevitable outcome here.”

The domestic delays could give the crypto industry time to get its house in order. If they can’t, expect American policymakers to eventually do it for them.

A rough time. Shares of China’s top public artificial intelligence company, SenseTime, cratered by nearly 50% Thursday following the expiration of an initial public offering lock-up period, The Financial Times reported. The selloff of the Hong Kong-based stock followed the U.S.’ ban on SenseTime due to the company’s alleged ties to the Chinese government and its surveillance apparatus. SenseTime’s value has also tumbled due to Chinese President Xi Jinping’s crackdown on the power of tech companies in the republic.

The economics of erasure. Amazon is censoring products and search results that feature LGBTQ+ individuals and topics on its platform in the United Arab Emirates, the latest concession by a tech company to governments restricting civil rights, The New York Times reported Wednesday. The decision allows Amazon to comply with the UAE’s laws related to homosexuality, which is outlawed in the Middle Eastern nation. While Amazon and other tech giants have embraced policies promoting free speech rights in the U.S., some have compromised on business practices with the governments of China, Saudi Arabia, and other restrictive countries.

Going phishing. Leading non-fungible token marketplace OpenSea disclosed Wednesday that virtually all of its users had their email addresses leaked to an unnamed third-party, making them vulnerable to phishing attacks, TechCrunch reported. OpenSea officials said an employee at one of the company’s email vendors, Customer.io, downloaded and shared user email addresses. An estimated 1.8 million users have bought digital assets through OpenSea.

The full deets on DiDi. The neutering of ride-hailing company Didi by the Chinese government is well-known by this point. A new Bloomberg article, however, offers behind-the-scenes details of the bureaucratic assault on the firm, which is now worth one-fifth of its peak value and launched a deep round of layoffs this year. The report shows how overconfident Didi executives believed they could power through the early days of the Chinese government’s efforts to kneecap the company, grossly underestimating the republic’s commitment to hampering the tech industry.

The aftermath has been well-chronicled, how it sideswiped some of the savviest investors from SoftBank Group Corp. to Apple Inc., triggered an investigation by China’s internet overseer into the data that underpins the tech industry’s growing power and froze billions of dollars of US IPOs by China’s largest firms. To cap it off, Beijing ordered Didi to delist just a few months after trading began -- acting to close the alleged data loophole.

The series of actions effectively made it the poster-child of a crackdown on Big Tech that humbled China’s biggest corporations, and irrevocably crippled others. What’s previously unreported was what unfolded behind the scenes.

Crypto lending platform BlockFi sought a $5 billion valuation a year ago, but a leaked call reveals it’s valued at less than $500 million now, by Taylor Locke

What does a dog’s nose know? A.I. may soon tell us, by Jeremy Kahn

Influencers behind 92% of misleading crypto ads in India, regulator finds, by Amitoj Singh and CoinDesk

As Silicon Valley fantasizes about Web3, India leaps ahead on payments, by Vivek Wadhwa, Ismail Amla, and Alex Salkever

There’s an app for gas. Goodbye, paying at the pump. Hello, paying in your car? Reuters reported Thursday that the latest iteration of Apple CarPlay, set to roll out this fall, will include a feature that allows drivers to buy gas from the comfort of their vehicle dashboard. Developers saw the new option during an annual Apple conference last month, though news of the feature didn’t leak until now. Drivers will need to download a participating gas company’s app and log their payment information, but a few taps should authorize fueling up in the future. Saving 15 seconds outside of the car by buying gas on the dashboard sounds completely unnecessary as I look out at a beautiful Massachusetts summer day—but I’ll probably sing a different tune in the dead of winter.