As Silicon Valley fantasizes about Web3, India leaps ahead on payments 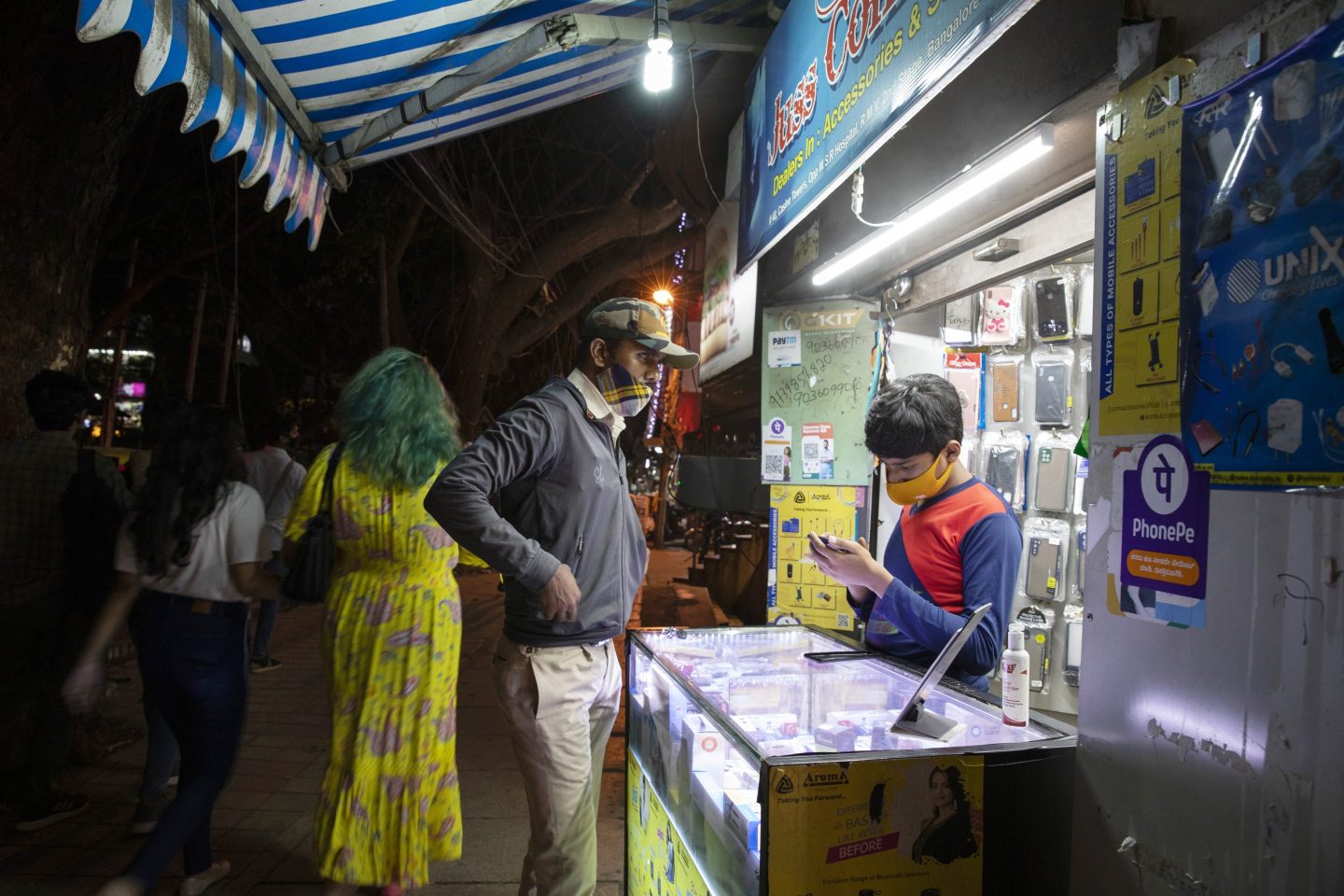 A customer at a mobile phone store in Bengalaru, India. India's UPI platform "has offered affordable access to real-time payments to hundreds of millions of people who might otherwise have paid high fees," the authors write.
Samyukta Lakshmi—Bloomberg via Getty Images

For more than a decade, Silicon Valley’s moguls have been promoting Bitcoin and blockchain-based cryptocurrencies, claiming these will transform global commerce. Instead, Bitcoin long ago died as a digital currency, becoming nothing more than an empty speculative asset with its value most recently plunging from $60,000 to less than $20,000. Meanwhile, as those same hypesters now promote a mystical Internet world called Web3, India is racing ahead and implementing what the crypto crowd had promised—with its Unified Payment Services (UPI).

The reason for its broad adoption abroad is that UPI has been shown to work well for a very large population. In addition, UPI has an open protocol upon which other technologies can be built, creating a much larger and more useful network than its competitors for financial payments. By facilitating exactly what blockchain was supposed to do—cutting out intermediaries and inducing greater competition—UPI could force a global acceleration of innovation in payment technology.

This is part of a growing trend of critical technologies emerging from beyond the usual innovation corridors in the West. Both China and India have gone from having few startups of value to hosting dozens of billion-dollar valuation unicorns. It is also no secret that Asia tends to be ahead of the West in mobile applications and payment innovation. China has effectively become a cashless society, but payments are dominated by two super-applications that stifle innovation and have major privacy risks.

Between the Aadhar digital-identity program, which has expanded economic inclusion for hundreds of millions of its citizens, and the commercial platform that UPI created, India has the ability to democratize e-commerce and reign in the technology companies that are building monopolies. A key part of the rationale behind UPI is to create a neutral marketplace and commerce platform that is low-cost and accessible. To ensure healthier competition, the Reserve Bank of India has very wisely placed explicit limits on market share in UPI payments. This may make foreign companies and some venture capitalists scream government interference, but it hasn’t stopped more than 300 banks and dozens of payment applications and startups—including subsidiaries of many major U.S. tech giants—from joining UPI.

Access to real-time secure payments has become an important step toward a more just society. Prior to UPI, corruption, bureaucracy, and a chaotic banking system made it nearly impossible for the government to reliably send money to the poor. To date, it is unclear whether UPI has meaningfully reduced inequality in India, but there are signs that positive things are happening. Without a doubt, UPI has offered affordable access to real-time payments to hundreds of millions of people who might otherwise have paid high fees.

The best indication of its usefulness is that UPI has grown wildly popular. In six short years, transactions running over UPI have skyrocketed, now exceeding $100 billion per month. For more than 150 million monthly users, those transactions occur largely via mobile wallets and payments applications. The Reserve Bank of India expects payments running via UPI to comprise 8% of the country’s total GDP in 2025, and the bank and NPCI together are in the process of expanding the reach of UPI to allow consumers to link their credit cards to UPI transactions. UPI is already used for remittances from abroad, undercutting traditional remittance payment rails that charge between 3% and 5% of total transaction.

Because UPI transactions are presently free and will eventually cost only a tiny fraction of what merchants and consumers pay to move money on private payment systems such as those run by Mastercard and Visa, the UPI payment rails could boost GDP in India by a meaningful amount. As for security, UPI was also designed to require strong two-factor authentication, making it more impervious to fraud than the older systems in richer countries.

As a result, whilst blockchain may have been all the rage in Silicon Valley, UPI has become a global favorite. Facebook, Google, and Walmart have all given UPI a direct or indirect vote of confidence: Payment subsidiaries of all three giants are using UPI to help customers in India make payments. So good is UPI that Google brought it to the U.S. Treasury Department as an example of good implementation of open payments standards and technology.

Shiny new technologies such as blockchain may be cool, but less flashy efforts driving open standards and interoperability are delivering a real revolution that flies under the radar of the tech gurus in England’s Shoreditch and America’s Silicon Valley. India is very astutely leaping ahead of the world.

Vivek Wadhwa, Ismail Amla, and Alex Salkever are co-authors of a book on building billion-dollar businesses, From Incremental to Exponential: How Large Companies Can See the Future and Rethink Innovation.