JetBlue is already failing its flight attendants. Now comes its attempt at a hostile takeover of Spirit 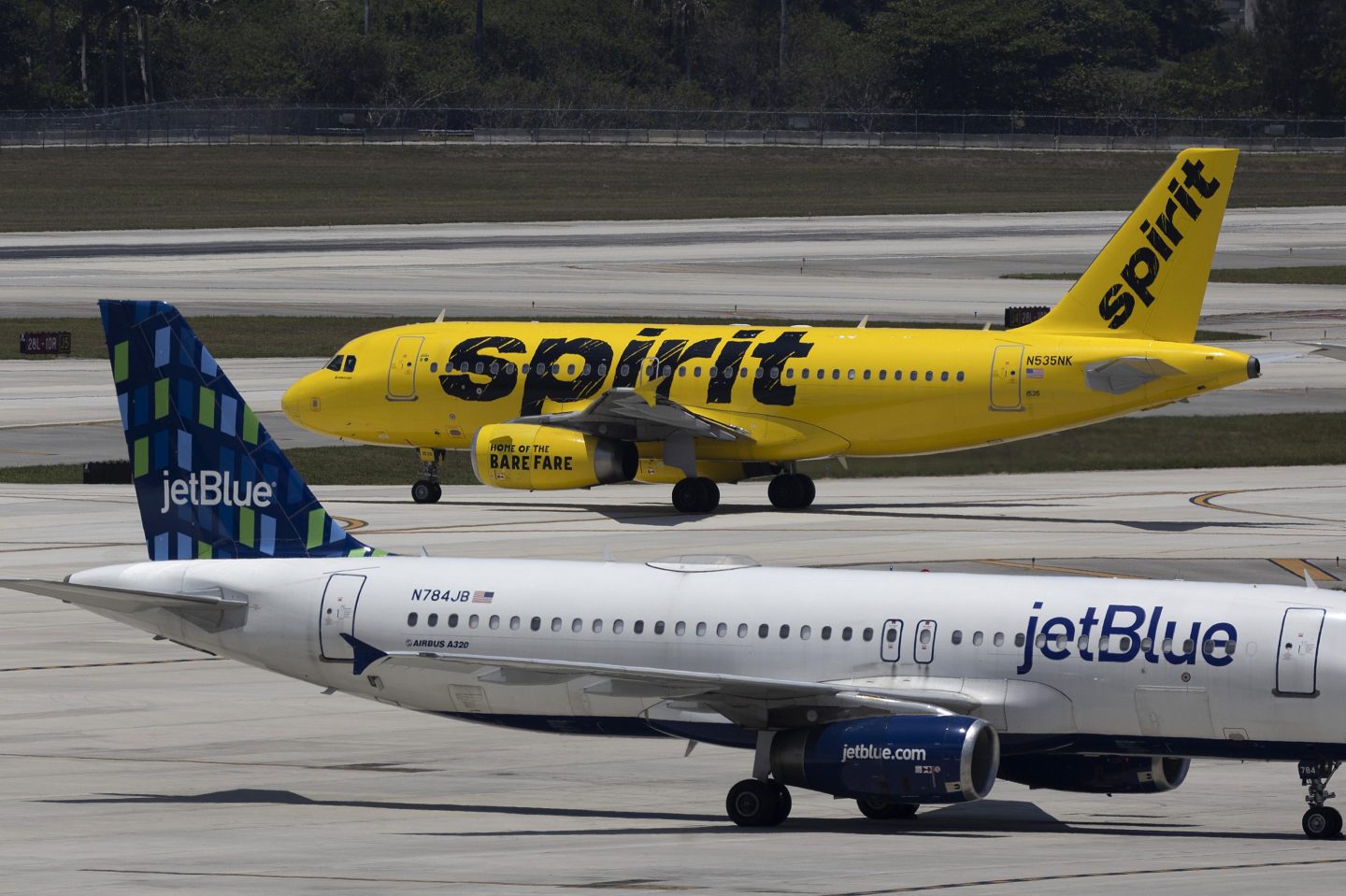 JetBlue has made several bids to acquire Spirit Airlines and thwart plans for a tie-up with rival Frontier.
Joe Raedle—Getty Images

Mergers and acquisitions (M&A) are on the rise, but the conversations around them among analysts, regulators, and the media have remained the same.

When a new merger is announced, we hear about the price tag, then shareholder value. If we’re lucky, someone points out the effect a merger will have on consumers. But key stakeholders are almost always left out of the conversation, even though these deals often critically impact their future: the workers.

Without question, workers should always be part of M&A conversations. As the president of the Transport Workers Union, I am alarmed by JetBlue’s attempt at a hostile takeover of Spirit Airlines. Our union represents airline workers across several carriers, including American, Frontier, Southwest, and JetBlue. In fact, we recently secured the first contract for JetBlue inflight crew members.

We believe a successful takeover by JetBlue could be devastating for these workers–and its ramifications could impact the consumers who flock to Spirit Airlines for its low-cost flight options.

Earlier this year, federal antitrust officials at the FTC and DOJ announced they intend to overhaul their M&A review process in an effort to clamp down on the surge of corporate consolidation. However, they have not yet indicated they will make workers’ interests a priority, and the process could take years.

We are raising the alarm to ensure workers and consumers are at the core of any M&A conversation, as JetBlue and Frontier Airlines compete to acquire Spirit.

In our view, a JetBlue takeover of Spirit could be a disaster. Because my union represents 6,500 JetBlue flight attendants, I have seen firsthand the airline carrier’s performance record and its improper treatment of its workers.

Of course, JetBlue is telling a different story. In a letter to Spirit Team Members, JetBlue’s CEO ​​Robin Hayes outlines the company’s position on the merger and touts the acquisition as a net positive for workers. Hayes declares the takeover as an opportunity to build the fifth-largest airline that “challenges the Big Four with a product and price they can’t ignore.”

I find this claim absurd because we hear directly from JetBlue flight attendants every day. They describe the mismanagement taking place across the airline. Based on JetBlue’s service failures and copious contract violations with their flight attendants, I find it unreasonable to expect JetBlue to successfully build a new massive airline that can successfully compete with the Big Four.

Reports indicate that JetBlue had roughly 12,000 flight delays and cancellations in April alone. But it goes back even further. In data collected from January 2016 to August 2021, JetBlue was reported to have been one of the airlines with the most flight delays. JetBlue may lead you to believe that delays result from weather conditions or issues outside the airline’s control. However, in that same study, JetBlue was one of only two major airline carriers not to exceed 80% for on-schedule flights from June 2020 to August 2021.

Are these delays a clear sign of the company’s inability to effectively manage its existing resources and failure to provide reliable service for its customers? Regulators must ask if dragging Spirit into JetBlue’s business model is illogical, irresponsible, and unfair to its customers. Add into the equation that Spirit is an ultra-low-cost carrier, and if JetBlue absorbs Spirit into its model, customers may ultimately see fares jump up. The whole deal could be one big negative for consumers.

JetBlue’s record not only impacts customers but also affects our flight attendants, who represent the company and make it a success. These are the flight attendants who worked some of the most challenging jobs during the pandemic, dealing with massively increased assaults in the industry, uncertainty about their job security, and a fear of getting COVID-19 on the job.

The decision has a real human impact. I’ve spoken with mothers and fathers who struggle to find last-minute childcare because of unpredictable scheduling. I know other flight attendants who report sleeping in their cars because of a sudden change in their flight schedule. It is exhausting for me to watch as JetBlue treats its workers this way.

We estimate that JetBlue’s attempt at a hostile takeover of Spirit could result in jobs lost and rising ticket costs. If JetBlue tries to tell you differently, look back to 2008 when Delta and Northwest Airlines merged, and some 2,500 Northwest employees lost their jobs. Workers who keep their jobs expect dramatic changes such as new geographical bases and different hours, with a business model that upends many of their lives.

Serious negative impacts feel inevitable as this effort at a takeover would eliminate Spirit as an ultra-low-cost carrier. And with JetBlue and Spirit sharing several flight routes or destinations, I have no doubt that their goal might include consolidating routes and eliminating jobs.

Before JetBlue ever considers adding another airline to its portfolio, we urge the company to clean up its own affairs. We think the company should immediately back out of its hostile takeover of Spirit and look after the needs of its current workforce and customers.

Now is the time to stop the manifold contract violations and treat your inflight crew members with respect.

John Samuelsen is the international president of the Transport Workers Union.