In uncertain times, leaders must normalize fear to overcome it 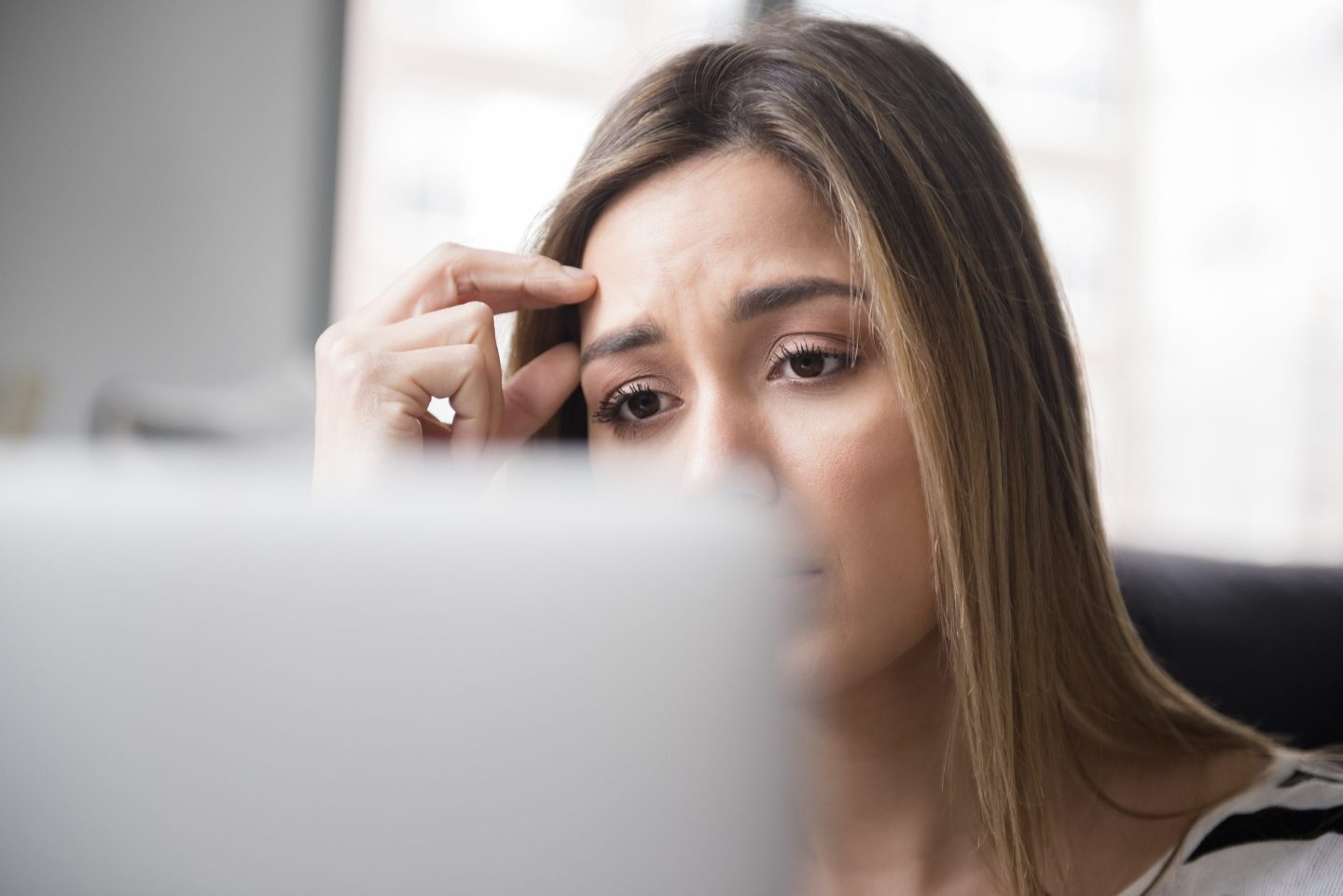 Telling your teams what keeps you up at night humanizes you and normalizes their own experiences.
Getty Images

Just when we thought we were through the worst two years we’ve faced in recent memory, the stressful times keep coming. Ukraine is still under siege. Economists are warning of a recession. And now on Friday, the Supreme Court stripped away women’s sovereignty over their bodies for the first time in 50 years.

There is no arguing that fear, anger, and uncertainty are creeping back into the American workplace, and managers already on the brink of burnout are striving to keep their high-performing teams intact amid all the turmoil. What is the best way for leaders to deal with all this fear and uncertainty?

Some will say you should “never let them see you sweat.” They’ll put on a smile and tell everyone that everything is going to be okay, that there’s nothing to fear. But according to the research detailed in our new book, those leaders will lose the trust of their teams and unknowingly encourage unhealthy or toxic behaviors. These unhealthy behaviors can spiral out of control and impact the bottom line.

In contrast, leaders who normalize emotions in the workplace by encouraging their employees to talk about their fears are much more likely to move their employees out of the paralysis that fear can create and get them mobilized around a common goal.

According to researcher Andrew Colin Beck, who coined the term EuFear (eu being the Latin prefix for “good” or “positive”), a little bit of fear is actually good for performance. When there is no fear in a company, people aren’t motivated to do much at all. With no consequences for inaction and nothing to lose, people often don’t take risks or initiative.

At the other end of the spectrum, teams that are working with too much fear often experience crippling declines in performance. According to Harvard’s John Kotter, who literally wrote the book on Leading Change, triggering teams into paralyzing fear is a mistake CEOs commonly make.

“I often see leaders who are trying to create change make the mistake of adopting a ‘house on fire’ mindset, and in the process, they trigger a debilitating fear in their teams,” Kotter said in an interview. “An intense fear response from a leader who is trying to create action often creates inaction.”

The balance to strike here is discussing the challenges your company is facing openly, but without communicating that all is lost. When leaders normalize fear by talking about it openly, their teams are likely to stop wasting energy pretending “everything is fine” and to start expending energy instead on problem solving, creative thinking, and collaboration.

What leaders can do

The conversation about fear starts at the top. As the leader, you must own the fact that uncertainty in the markets creates a tinge of fear inside you, and that it is normal for anyone to feel a little fear right now.

Telling your teams what keeps you up at night humanizes you and normalizes their own experiences. When leaders share their fears, it gives permission to others to do the same. Knowing that what they are feeling is okay to share openly without fear of being judged will make your team feel safe. Just talking about fear makes it go away.

However, when fear is bottled up and people feel alone in their fear, they are likely to get triggered into one of the common fear responses: fight, flight, or freeze. They might isolate themselves, remain quiet in meetings, or stop sharing creative ideas. They could also start getting political and territorial—picking fights with colleagues or hoarding resources and information.

These sorts of unhealthy behaviors are important signals that leaders must be on the lookout for. Unhealthy or toxic employee behavior is a reliable sign that people are starting to act out of fear. That’s when you know you should have begun the process of normalizing fear earlier, but it’s never too late to start.

Another signal leaders can look out for to gauge if they have the right level of fear in the system is how much healthy debate they have at meetings. If people are being avoidant, they will often fall into false harmony—that icky feeling when no one speaks up in meetings and people pretend to agree when they don’t. At the other end of the spectrum, teams can be triggered into polarization. Every meeting turns into a battle. Factions arise, and collaboration grinds to a halt.

Teams that have just the right amount of fear engage in constructive conflict. Everyone feels welcome to contribute ideas, even the risky ones. Colleagues can push back and ask tough questions without anyone getting defensive, and often the best ideas bubble to the top.

When faced with uncertainty, our first instinct is often to hide our fears, but our instincts can be wrong. Leaders who embrace their fears and talk with their teams about them are more likely to make their employees feel safe, creative, and committed to solving whatever problems the company may face.

When it comes to highly emotional and frankly upsetting events like our country saw last week with the Supreme Court ruling on Roe v. Wade, it becomes even more important to give employees the space and autonomy they need. Many great leaders across the country gave employees the option to work from home or take time off with last week’s ruling. This is a great example of leading with heart.

As counterintuitive as it may seem, it is only by having courageous conversations about our fears that we overcome them.

John Baird and Edward Sullivan are the chairman and CEO, respectively, of Velocity Coaching and the coauthors of Leading With Heart: Five Conversations That Unlock Creativity, Purpose, and Results