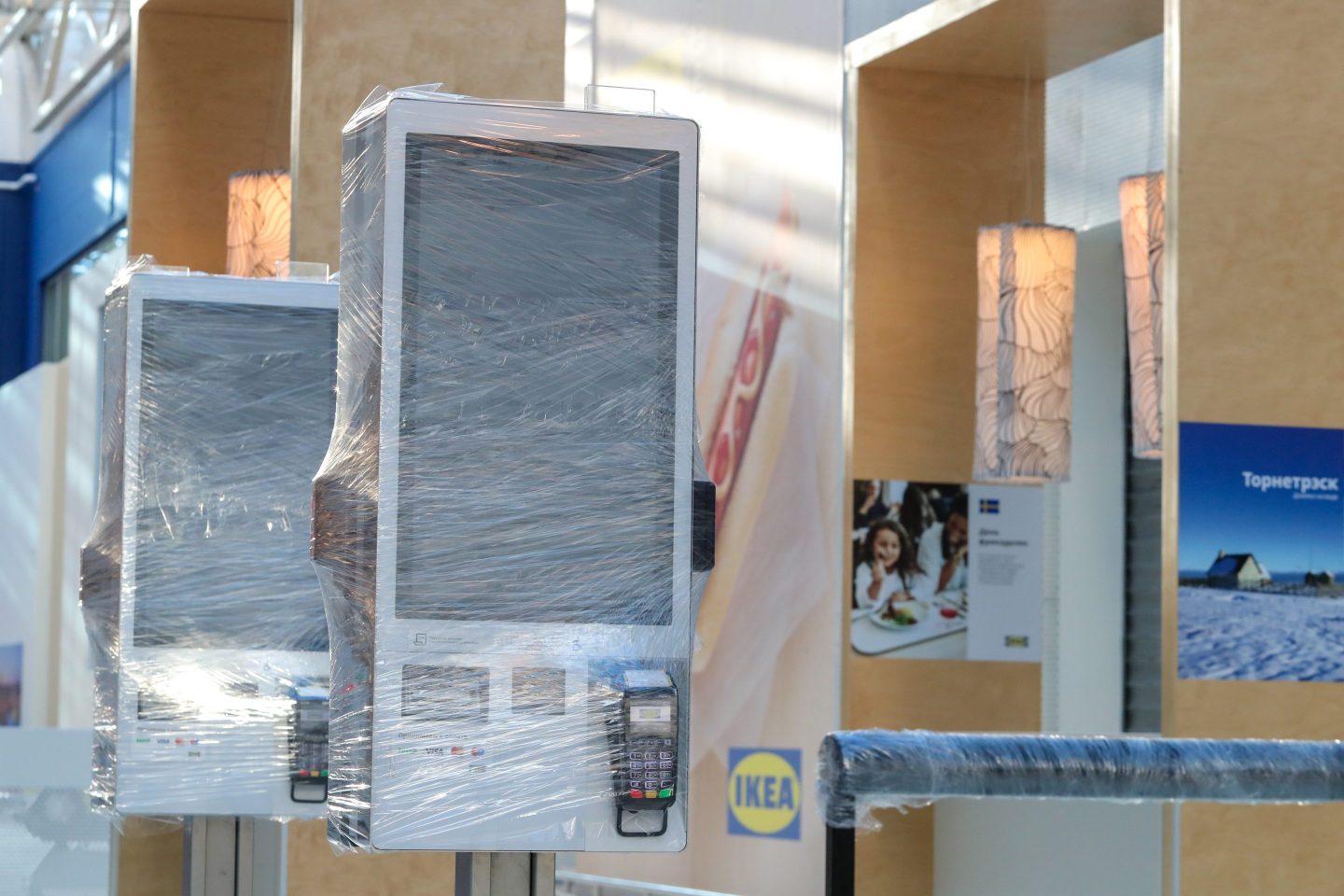 All major company boardrooms are reconsidering their Russian presence–but does it even matter?

The 1980s voluntary withdrawal of 200 major companies from South Africa, in protest over apartheid, in combination with U.S. Congressional sanctions, reinforced U.S. foreign policy successfully at the time.

In an oft-cited 1996 pronouncement, New York Times columnist Tom Friedman offered his “Golden Arches” theory of conflict prevention. Friedman proclaimed when a country “has a middle class big enough to support a McDonald’s, it becomes a McDonald’s country, and people in McDonald’s countries don’t like to fight wars; they like to wait in line for burgers.”

Nevertheless, military conflicts between India and Pakistan in 1999 or Israel and Lebanon in 2014 were not prevented by Big Macs. Sadly, the presence of  108 McDonalds in Ukraine and 847 McDonalds in Russia has done little to prevent war. Thus, it is disappointing that McDonalds has chosen to remain in Russia.

In fact, scores of prominent brands owned by groups such as Estee Lauder, Coty, Hilton, Hyatt, and Unilever are keeping their presence in Russia. At the same time, over 230 other major Western companies have curtailed their business with Russia. Experts have suggested varied explanations for why some companies have pulled out and others have stayed.

Despite the cost of abandoning major investments and the loss of business, there is a strong reputational incentive to withdraw. Companies that fail to withdraw face a wave of U.S. public resentment far greater than what they face on climate change, voting rights, gun safety, immigration reform, or border security. A new Morning Consult survey reveals that over 75% of Americans demand corporations cut business ties with Russia after the invasion of Ukraine. These results show rare and equal support across parties and among independents.

Differences in the pattern of corporate disengagement can be attributed to differences in the public understanding of the situation in Russia versus the West. The general Russian citizenry is in the dark, especially the older population who rely heavily on censored traditional media. The average Russian consumer is (for now) more susceptible to Putin’s propaganda that blames the West–and is more likely to punish consumer goods companies.

Disengagement may also be a little easier for finance and heavy industry than it is for consumer products firms. Fashion and packaged goods firms usually lead the pack in social justice and human rights causes because their brands are susceptible to public condemnation. In Russia’s case, Western heavy industry, business-to-business tech, and professional services are leading the boycott.

The far better-informed oligarchs and leaders of major enterprises in Russia are the primary clients of heavy industry, big tech, and professional services. They know the truth and understand the boycott–and will likely re-engage with these Western enterprises without resentment when the crisis ends.

By contrast, U.S. sanctions against South Africa in 1986 passed with a crushing 76 to 21 Congressional override of President Reagan’s veto. Senator Mitch McConnell and Senator Bob Dole led the GOP majority which defied Reagan. As McConnell explained: “I think he is ill-advised. I think he’s wrong, and I think we’ve waited too long for him to come on board.”

Reagan’s argument was that sanctions would in fact hurt South African Black people and not solve the problems of Apartheid, while we lose positive influence. Those are the same counterarguments echoed today about not hurting Russia’s population. The purpose of sanctions, however, is to impose pain without the violence of war. Historian Norma Cohen explained last week that blockades of capital were essential for Allied victory in World War I.

The sanctions against South Africa included a ban on new U.S. loans and investments in the country, a prohibition on the importation of South African coal, steel, iron, uranium, textiles, and agricultural products, and a halt to direct air links between South Africa and the United States.

These sanctions alone were not sufficient. Within months of the bill’s passage, several leading companies such as GM, IBM, Ford, GE, Kodak, and Coca-Cola all announced their complete and collective withdrawal from South Africa when the Apartheid regime continued to prove intractable.

Even as they made clear they were withdrawing because, as Coca-Cola stated, “so little progress [was] being made toward the dismantling of apartheid”, the companies simultaneously re-affirmed their commitment to the people of South Africa through civic-minded human rights initiatives. For example, Coca-Cola established a $10 million “Equal Opportunity Fund”, administered by a board of prominent South Africans including the late Bishop Desmond Tutu, to open up opportunities in business, housing, and education for Black South Africans while pledging to sell its South African facilities to a local investor group which included Black South Africans.

In total, after the passage of the sanctions bill in 1990, well over 200 Western companies cut all ties with South Africa, resulting in a loss in excess of $1 billion in direct American investment. The companies remained unified through collective action despite a barrage of criticism. Nobel Peace Prize winner Bishop Tutu told me over a private lunch I had with him in Atlanta in September of 1996 that the message of this U.S. corporate blockade “was essential to reach the larger public that systemic change was vital or there would be no future.”

Just as the Russian withdrawal is likely to cost participating corporations billions, an underappreciated aspect of the collective withdrawal from South Africa was that it came at great economic cost to these companies. Although South Africa’s population represented only about 12% of the U.S. population at the time, South Africa exerted significant control over critical raw commodities that gave it much more economic heft than its population would suggest. South Africa was the world’s largest gold producer, holding over 75% of all global reserves at the time. The country was also the world’s largest supplier of platinum and chromium, both heavily used in industrial and chemicals manufacturing. The withdrawal of almost every major Western company from South Africa led to an immediate surge in the price of these critical commodities that affected global supply chains and industrial manufacturing.

The hardline government of PW Botha fell, succeeded by FW De Clerk who immediately negotiated the release of African National Congress leader Nelson Mandela after 27 years of imprisonment, erasing the blight of Apartheid from the nation’s history.

Vladimir Putin, the most vicious autocrat of this century, rules through tyranny and fear. As he continues to fail, people will lose their fear and he will lose his power.

The collective withdrawal of 200 Western companies from South Africa in protest of the Apartheid government’s violations provides a powerful roadmap for why and how CEOs should affirm American values amidst global challenges.

Jeffrey Sonnenfeld is a senior associate dean and Lester Crown Professor of Leadership Practice at the Yale School of Management, and author of The Hero’s Farewell (Oxford).