The Great Resignation calls for a Glorious Re-Engagement 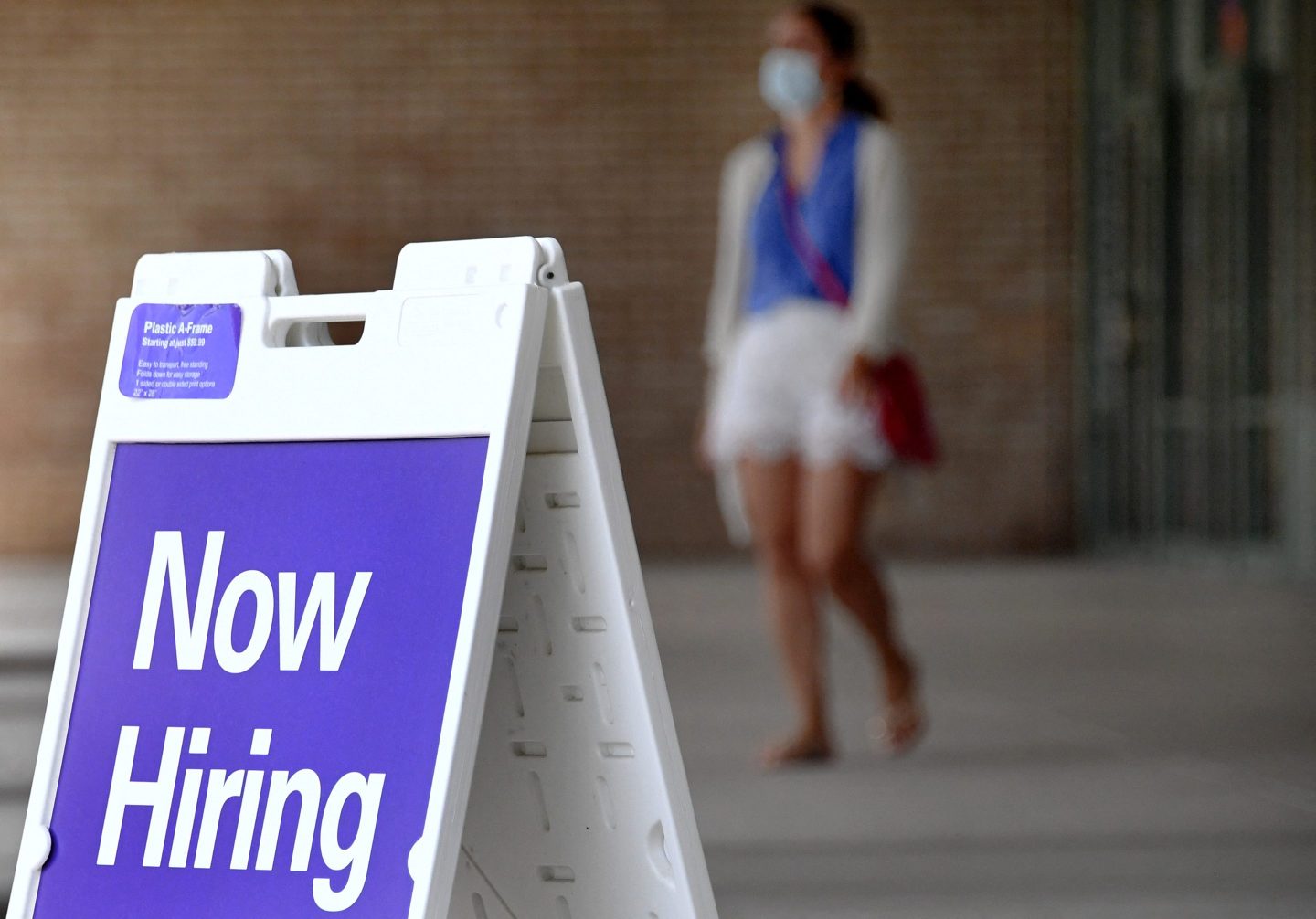 Many believe, with the Great Resignation in full swing, that it's a job seeker's market. But some professionals say the opposite.
Olivier Douliery—AFP/Getty Images

It’s popularly known as the Great Resignation, but the “I’m done” conversations millions of workers are having with their bosses aren’t about collective plans for long naps on the couch.

These workers aren’t really “done.” They’ve got a different destination in mind: somewhere they would fit in better as individuals.

The mass job exodus sweeping America is fueled by newfound empowerment among workers who report feeling overworked, uninspired, and undervalued. Middle-class wages have stagnated for years, even as shareholder returns and C-suite pay increased. That has come at a cost.

Like all mass movements, this trend is more complex under the surface, especially for managers trying to hold steadfast against the tide. The good news is that it is possible to prevent some worthy employees from jumping ship.

The risk of defection

For the first time in their careers for many, workers are finding themselves in a position to leverage employers’ desperation for talent against them. Managers need to adapt and rethink how they can have the most impact, one employee at a time. If they haven’t already, it may be time to reboot the entire way they connect with their teams.

A first challenge is to identify who on your team might be at risk without the benefit of in-person cues or the ability to just pop in to check on how they’re doing. Take a step back and look at the data: Along with low-wage and frontline workers in retail and hospitality, the largest segment of the population open to quitting their jobs right now are women, especially women of color.

As a woman of color who has worked with businesses across multiple sectors and numerous markets, it’s not hard for me to understand why these disparities exist. This is a group that historically has felt less connected with their leadership, lacks the type of networks that have helped others bolster their careers, received less appreciation, and less compensation than their male or white peers. This group is filled with individuals who, broadly speaking, have struggled to make their impact seen and heard in an equitable way, and have also yearned for a sense of belonging in organizational environments where they are often the “only” ones.

Now that the pandemic-catalyzed work environment has evolved, your most marketable people are benefiting from the creation of circumstances enabling many to move on more readily as geography is no longer a boundary, and companies are hungry for new, diverse talent to help fuel their own transformations. The potential to increase their earnings, start something fresh, and work in a different environment that feels like a better fit for their values all contribute to the risk of defection for this highly valued group of employees.

The end of command and control

For some managers, it may not be immediately intuitive on how to handle this phenomenon. Others may feel that this is an “HR issue.” What I can say with certainty is that this glorious re-engagement must focus on connecting as humans.

That means working purposefully to establish, develop, strengthen and sustain a meaningful connection with each team member. It requires that you meet them where they are, both figuratively and literally. Approaching your own direct reports this way, one individual at a time, is a given. As a leader, you must also work your way across your organization. Expecting the hierarchy to do the work for you is woefully insufficient. In fact, it can work against you in today’s fluid, hybrid workplace.

People crave transparency and inspiration. In fact, I would wager that the most traditional command-and-control management environments–where all of the power and decision-making happens at the top–will be the biggest losers in the current shift.

A lack of team retreats or traditional teamwork in conference rooms may have stood as a management excuse in 2020. By now, managers who haven’t learned to adapt and haven’t developed ways to improve the connection with teams under these changing environments will lose employee engagement and retention.

Ultimately, today’s leadership requires a demonstration of caring that has historically not been the norm with prior, more hardened delineations between one’s personal and professional personas. Back-to-back-to-back video calls may be a drain, but they have made it so that each organization’s hierarchy is flatter. A meeting in an executive boardroom is not the same as one in which everyone appears in same-sized windows.

Leaders can use the informality of that flattened organizational dynamic to connect in more personal ways. Your team will see your cat walking in the background of a Zoom call. You can discuss the childcare challenges you have when your kids’ schools go remote. Be yourself. Be authentic. Be vulnerable. It’s more courageous, more relatable, and more inspiring.

Your diverse employees may be the ones who have struggled the most, and your ability to lead inclusively not only matters to them but to those who are watching. Here’s the chance to build a happier, more engaging environment for all.

The answer won’t be the same for everyone or every organization. Sometimes a big raise or change in title will be enough for someone to leave, regardless of culture or personal connection. Ultimately, it’s your role as the leader to understand what’s meaningful to each one of your team members.

Anne Chow is the chief executive officer of AT&T Business, leading an organization of over 30,000 employees serving nearly 3 million business customers worldwide, representing over $35 billion in revenue. She is the author of “The Leader’s Guide to Unconscious Bias.”